The rise of data ethics: Advertisers and agencies wake up to ACCC threats 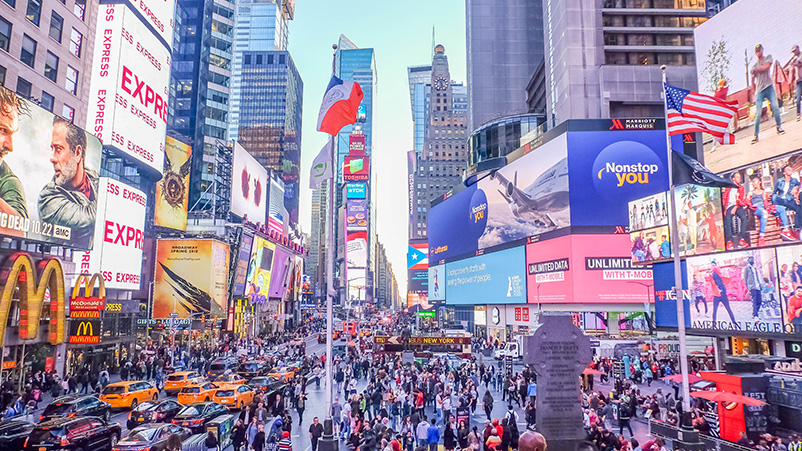 “We have been able to run ahead with technology, ahead of regulation. I think regulation is catching up” – Kristiaan Kroon, Omnicom

Once ignorant of the ACCC’s inquiry, marketers and agencies have woken up with consensus emerging on the need for a new ‘ethical data’ regime. Ahead of that, and potential adjustments to the Privacy Act, media and advertisers are ditching data where there are question marks over consent. Meanwhile, any inquiry into agencies and the ad tech supply chain is welcome, according to the agencies at least. Cadreon's Raph Hodes, OMG's Kristiaan Kroon, IAB's Gai le Roy and AAMA's Josanne Ryan on where we go from here.

“The questions starting to come now are around what is the role of data? How can we source ethical first-party data?  How does that play out in a world of GDPR and all the upcoming legislation off the back of this [ACCC] report in the coming years?” 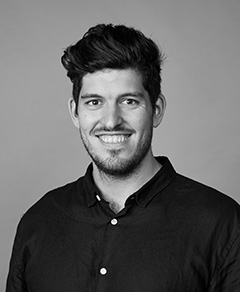 You guessed it - listen to the data ethics debate on this week's Mi3 Audio Edition here for a richer, deeper take on data ethics as the new black. It's got implications for everyone across the marketing, media, tech and agency sectors. Cadreon's Raph Hodes, IAB CEO Gai Le Roy, OMG's Kristiaan Kroon and Audited Media's Josanne Ryan outline what's next. Listen here. 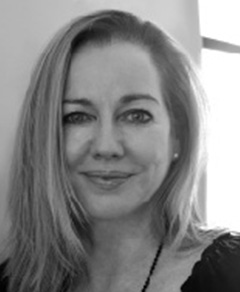 The Audited Media Association of Australia’s findings that almost half of the industry was apparently ignorant of the implications of the ACCC’s inquiry suggested even senior agency and marketing execs were asleep at the wheel.

AMAA CEO Josanne Ryan says the survey of 500 people highlighted “an alarming lack of awareness” that went “right to the top”.

Publishers and TV were “all over it”, she suggests, but for media and marketing, there were some big gaps.

About 400 of the sample was made up of marketers and agencies, says Ryan, adding that her initial thought was that the survey findings must have been skewed by agency juniors. “But of that agency bundle, 45 per cent were senior C-suite, GM and MD level,” she says.

Meanwhile, only three per cent of marketers stated that their agency had briefed them on the inquiry.

“We’ve been keeping our clients and our agency teams up to date for the last year and a half.  We’re probably on our seventh briefing to everyone within the agency and therefore our clients. I can’t speak for anyone else in that respect,” he says, but suggests any agency not keeping its clients informed is selling them short.

In mitigation, Kroon says the Australian industry is not the only market leaving it until the last minute – pointing to the scramble in Europe when GDPR landed.

“We’re somewhat guilty as an industry, particularly the agency side, of letting things go unless they’re really banging on our door,” he says.

But in the weeks that the report has been public, “we’ve seen that completely flip … the significance to consumers and the media - and the implications across all society - is massive.”

The ACCC’s recommendations moot amendments to the Privacy Act to redefine what constitutes personal information. That has potentially profound implications for the use of user and device IDs, IP addresses, and other key pillars of targeted media and data-driven marketing.

Given international data privacy shifts, Hodes says those are “not new issues” and that conversations around targeting and data that can or cannot be used “have been happening for quite some time”.

As a result, he says, “we are already starting to see huge shifts” around targeting, data management and collection. He suggests Cadreon is now working with clients “to move towards ethical data practices and rethink the role of data”.

Previously, he says marketers have been “obsessed with adding data to their media buying”, whether or not it improved effectiveness.

“So the questions starting to come now are around what is the role of data? How can we source ethical first-party data?  How does that play out in a world of GDPR and all the upcoming legislation off the back of this report in the coming years?”

That spurs a different conversation, he says.

“It is less about how do we capture and buy data. It’s more about how we build customer experiences based on data that we can collect ethically and in the best interest of our business.”

The upshot is that contextual targeting will “definitely grow in the short term”, as concerns around data compliance curb appetite for behavioural targeting, says Hodes.

But he thinks a better compact between media, marketers and consumers around data, consent and the value of sharing data in return for free content and services will eventually emerge. 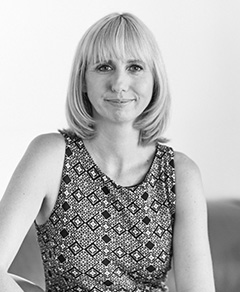 Omnicom’s Kroon believes that “some of the things we have been able to do without regulatory framework probably will not continue” as a result of the inquiry.  But he thinks how the large platforms interpret any new data privacy regulation will set the benchmark.

He thinks they will “stitch together GDPR, the new California data law, whatever law Australia has and whatever law someone else puts into place.  They’re going to look for a single position across their platforms globally,” says Kroon. “So I would imagine you’ll end up with - not Frankenstein’s monster - but a hybrid that takes the highest level from each area and puts them together.”

IAB CEO Gai Le Roy agrees that outcome is most likely. “They will probably default to the highest level.”

But Le Roy is not convinced the industry is facing the enforced implementation of a new ethics regime.

“I think it’s a new focus. I don’t know if it’s a new ethics regime. I think the understanding of consumer consent is a huge piece – and perhaps is what we are forgetting, because at the heart of this [push for data privacy protections] is trying to make stuff better for consumers,” says Le Roy. “I worry the impact of some of this could actually make it worse.”

Relevant content in advertising is “incredibly important,” she suggests. “Doing that in an ethical but convenient and non-onerous way … I don’t think we are there yet.

“But in the report, there’s a very interesting balance between wanting to have terms and conditions - very clear unbundled consent permissions - that are very easy to read,” says Le Roi. “So the copywriter that can come up with that…”

Will have a lucrative business?

"Do they think they’ve come across things that they’re not comfortable with?  Yes, because they’ve suggested they want an 18-month [adtech-agency] inquiry funded by the government. But we will lean in on this. We need to get stuck into this issue if we are going to move forward, so we intend to do it." 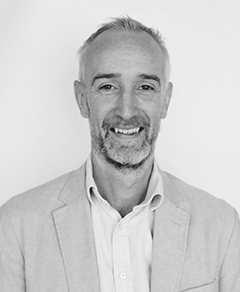 In the meantime, Le Roy says advertisers, platforms and publishers need to ditch any data that is not bulletproof.

“We have been doing this for the last 18 months - particularly since GDPR - and the messages are all the same, so re-looking at data consent that you already have,” she says  “A lot of people have to get rid of a lot of data and get re-consent and be really clear about that; understanding what personal information means, understanding what’s going to happen on new devices.”

Le Roy says that remains the priority in light of the ACCC’s recommendations.

“For our members its around making sure there’s clear data consent, understanding reasonable use of data, why they need it, getting rid of [potentially non-compliant data], and having those tough conversations with data partners around how that fits into the new world.”

“This is not news for clients. They understand change is coming around how they use customer data and that it is imperative for them to capture and to build first-party data and then to engage with their consumer in a way that is ethical,” he says.

Omnicom’s Kroon says holding groups will take it in their stride.

“It will just become another aspect of compliance, which holding groups are good at,” he suggests. “We have deep capability in this area and we’re well set up to do it. So in terms of compliance, we just add data into those existing frameworks and conversations [with clients].”

Kroon and Hodes suggest there is nothing to fear from the recommendation of an inquiry into the agency-adtech supply chain.

“The ACCC called out a number of things. First of all, they say it’s a really complex channel so there is behavior they don’t fully understand,” says Kroon.

“They’ve not said that they think it’s necessarily a problem for market dynamics but they want to understand it.  Do they think they’ve come across things that they’re not comfortable with?  Yes, because they’ve suggested they want an 18-month inquiry funded by the government. But as my boss Peter Horgan has said, we will lean in on this, it will make the industry more robust. We need to get stuck into this issue if we are going to move forward, so we intend to do it.”

Hodes seconds that view. “I couldn’t agree more. We welcome the inquiry and the opportunity to explore and lift the lid as a group and as an industry to understand how it works, what is happening and start to build trust.”

Would any inquiry change the way Cadreon works? “Not greatly,” says Hodes, suggesting that the “holding groups and large advertisers have been on this journey towards transparency for quite some time”.

Post-Covid, can the NRL write its own script and continue to monetise “insatiable” appetites for live sport?

While semi pro rugby union games in Sydney's Eastern suburbs appear to have no problems packing in the fans, the NRL harbours...

Bob Hoffman has made a second career calling bullshit on the ad industry's rush to digital mediocrity. But now it's becoming...

Fire, pestilence and who knows what to follow, it’s not been a great year for travel and tourism. But Tourism Australia CMO... 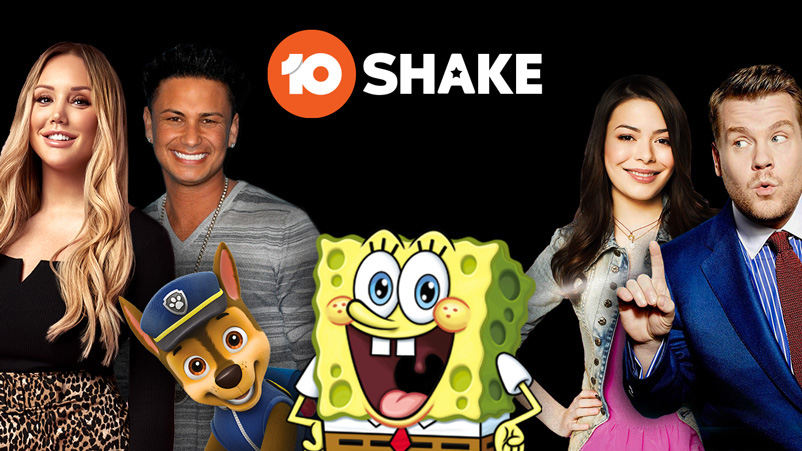