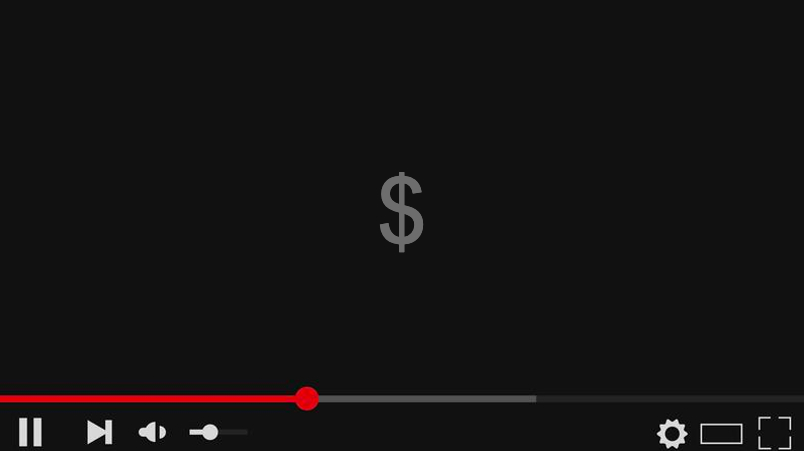 YouTube is marching towards a $2bn revenue milestone in Australia if the latest figures from PwC and IAB are worth their salt.

The YouTube advertising machine is powering - but by how much?

Globally, the rebadged Google holding company called Alphabet is exactly the animal everybody knows: An advertising cash cow. Just north of $US209bn in Alphabet’s total revenues of $257bn last year came from advertising, up 43 per cent on 2020. Worldwide, YouTube generated nearly $29bn of it.

But Alphabet’s revenue breakout of individual markets is sublimely opaque.

The closest the Australian market can get in publicly available numbers to derive YouTube’s performance were released yesterday and it is pin-the-tail-on-the-donkey stuff.

“I could buy that,” says Mediabrands investment boss and Managing Director of Magna, Nick Durrant. “Would that number have any credibility? It doesn’t seem unreasonable.”

One of Durrant’s rivals is less convinced. “We think its much closer to $1.5bn and that’s still an enormous number –  4x BVOD,” the exec said.

The sticking point for most is how much YouTube generates directly from smaller advertisers versus big brands via media agency groups. The latter is worth $800m-$1bn and some agency execs think a similar chunk YouTube’s  revenue coming from small and medium sized businesses (SMBs) is too high. “Look at most of the ads you see on YouTube and they’re mostly big brands,” says one media buyer. “I can’t see SMBs spending that much.”

Durrant, the only industry exec Mi3 spoke to who would publicly comment, is not convinced. ‘If you look at radio, which has 50 per cent of its advertising coming direct, it doesn’t seem far fetched,” he says. “And it's subjective. YouTube is narrowcast in what ads a user sees.”

The argument here goes that while blue chip brands are active on YouTube, retail style ads looking to elicit a response from a user are prolific depending on the individual’s content consumption patterns across the open web.

There is one point industry is in consensus on: YouTube ad loads, or volumes, are surging.

“YouTube ads are increasing massively in frequency,” said one social media exec. “They’re clearly monetising the platform way more than they have in the past. Very rarely does a piece of content come before an ad.”

It's more than a touch ironic given YouTube has for years espoused its obsession with protecting the “user experience”. YouTube’s skippable ad formats were born from that user experience obsession but most media buyers for big brands say they are buying unskippable formats today. That does present challenges for YouTube as the sort of content it has that advertisers want for unskippable ads is a smaller pool.

YouTube’s about-turn on user experience is similar to the classic “bait and switch” tactic Facebook pulled off 10 years ago when it ditched its hitherto new world mantra of viral content being the future. Almost overnight it flicked off the viral switch and made brands pay for its booming audience via highly targeted ads. Few advertisers protested.

But back to YouTube. Part of the surge in digital video revenues last year is from the ongoing decline in broadcast TV audiences and the hunt for alternatives by large advertisers – broadcast TV has its own significant adload issues too - but that’s another debate.

Linear TV ad demand is currently high moving out of Covid and those who sit on the lower end of YouTube’s Australian revenue band say the video platform is frustrated it hasn’t hoovered more of those shifting budgets from linear TV. Why? Because the broadcasters' move into BVOD is doing its job, intercepting what was a direct bleed from linear TV to YouTube.

“Buyers and advertisers are happy to see broadcaster video get its act together – it allows us to push back.”

That reference is the frustration felt by many that YouTube is another US tech player remotely controlled from California with inflexibility and arrogance. It means media agencies can’t deal and that historically been their MO.

There’s also an emerging counter argument from broadcasters that BVOD delivers the incremental audience reach that linear TV is losing. That’s been the sweet spot for Facebook and YouTube on video ads – the audiences leaving free-to-air could be picked up on their platforms, with better targeting.

Watch for broadcasters to prosecute this argument with more punch in the coming year – and the line that a platform’s audience reach doesn’t equate to its advertising reach. In other words, YouTube’s vast audience is much  bigger than its advertising audience.

Plenty of hustle is coming in the next 12 months in video. A $2bn YouTube cash cow seems like a good place to start.