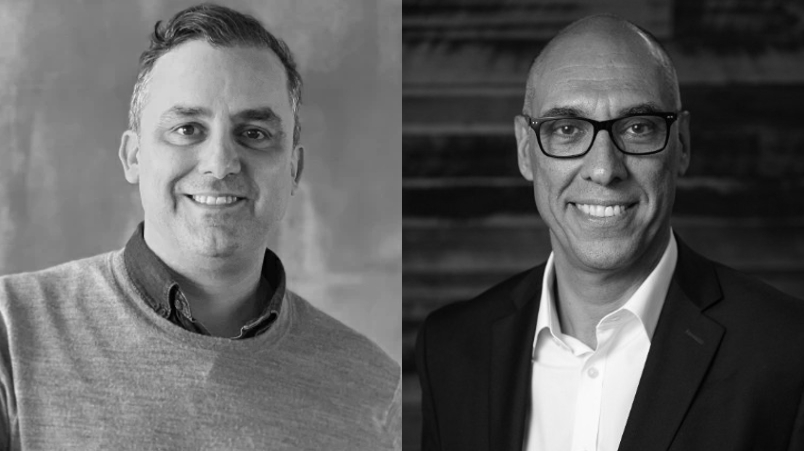 Fresh from a capital injection from UK early stage investment fund Bloomsbury and high net worth investors including former execs and co-founders from Airtasker, Eucalyptus and Rio Tinto, the SaaS-based econometrics start-up founded by ex GroupM staffers Henry Innis and Matt Farrugia is making its first offshore play into the US market with ambitious plans to woo North American-based multinational brands and their global footprints. Veteran media agency boss and MFA Hall of Famer, John Sintras, who also participated in the recent investment round, has been tapped to lead the US foray.

Roughly half of all the world's multinationals are headquartered out of the US. So if you're going to have global impact, you really need to land North America.

The eagle has landed

It could be the best or worst of times for an Australian marketing and media start-up to tackle the giant US market, at least twenty times bigger than Australia, as the economic cycle turns bearish. But Mutiny’s founders and investors are banking on their US expansion being the best of times as marketers and brand owners look for faster, predictive data on the best returns in allocating media and marketing investments for paid, owned and earned media channels.

Mutiny has all but created a new category in market and media mix modelling, or econometrics, by using cloud-based computing power to ingest real-time data from sales, seasonal cycles and diverse channel spending to help marketing and finance teams get a faster fix on what investments are delivering optimised ROI and deliver predictive scenarios for future spending allocation and sales lifts.

Mutiny’s partners are steadfast on the current economic turbulence working in their favour for the US launch, led by John Sintras.

“There's a lot of nervousness and uncertainty with running strategies and budgets as brands have done year on year and there's a need for a new direction and making changes. How brands spend is obviously a big theme in market right now - whether brands spend through uncertainty or you decrease; or whether you increase or whether you maintain are concurrent themes that are happening.

"What we're noticing is growing demand for the War Chest product because a lot of these brands are needing to make those decisions more frequently and much more quickly and more cost efficiently, compared to the historical and legacy approach to making decisions around marketing in times like these. The economic conditions right now have worked in our favour with the demand that we're seeing. And look, a lot of brands are expected to do a lot more with less and grow. So while they've got increased accountability, their metrics and their performance measures are not necessarily being adjusted proportionally. We’re really hitting that sweet spot for supporting that capability for these brands.”

Marketers get ahead of economics

Mutiny’s Director of Sales & Marketing, Mark Tovbis, would not detail specifics on what was underway in War Chest’s $1 billion Australian client marketing and media investment pool other than existing spend was broadly holding for now.

“The businesses we're talking to who are either exploring or are in pretty advanced conversations with us are certainly aware of the macroeconomic pressures and see MROI [Marketing Return On Investment] and War Chest as as a way to better understand the returns on their investment," he said. "They want to get ahead of it.

“Whilst I can't comment on our customers, we’re certainly seeing in the market that many proactive marketers are trying to get ahead of budget cuts and conversations, as they know tough conversations lay ahead and they want implement a solution to better defend budgets while they can.”

For Sintras, who was announced today as Mutiny’s President, US & Multinational, the sentiment is the same in North America, noting he’s come full circle on when as CEO of Starcom Australia in 2002 he launched the first econometrics capability in a media agency.

“The timing is right,” he said.

“The ability to be so sensitive to changes in the market really quickly is critical. But more importantly, to be able to translate that into being proactive with the C-suite and boards and being able to speak the language of the investment community and stakeholders is a key benefit of War Chest. The other thing I'd say about the US is it might be 20 times the size of the Australian market in terms of revenue but it's much more influential than that in terms of multinational brands. I think it's roughly half of all the world's multinationals are headquartered out of the US. So if you're going to have global impact, you really need to land the US and get those relationships happening and cascade across multi-market brands in other territories as well. So the US is disproportionately important.

"Clearly we have an Australian client base that has a number of multinationals already so it’s very logical for us to start conversations with their networks. I've tried to develop something like this for years in many forms over the number of companies that I've worked at and so when I saw War Chest, it was like, 'hold on a minute, you actually managed to do this?' It’s been so frustrating for a long time.

"I won't be satisfied until we're the dominant partner in marketing analytics in the US and beyond. I do think it will snowball quite quickly. Once we've got some traction and people actually see the output and what it does relative to the status quo, I'm really optimistic about what will happen.”

Details are still being finalised but Sintras will likely be based out of New York and launches Mutiny in the US next month.

Brands investing through Covid - did it work? The early verdict is in and (surprise) it's mixed
Is modelling in a post-Covid recovery overused or the essential strategic weapon?
Who invented the last click attribution horror? Google drops the metric; How the IAB set up the heist, and lazy marketers, hungry holdcos kept it rolling 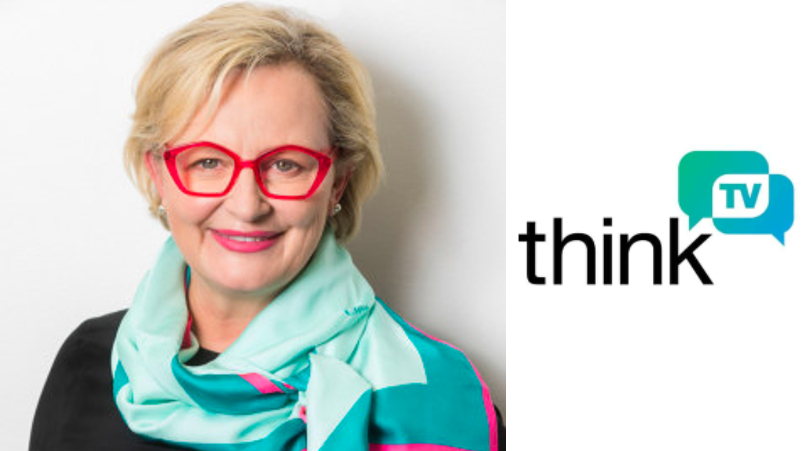 Television roared back after the initial Covid pullback, but there are signs that surge is slowing. Total TV ad revenue growth dropped from more than 27 per cent to seven per cent year-on-year, while BVOD decelerated from 74.8 per cent growth in the first half of 2021 to 43.9 per cent.

Havas ANZ CEO and Chairman Anthony Freedman to step down 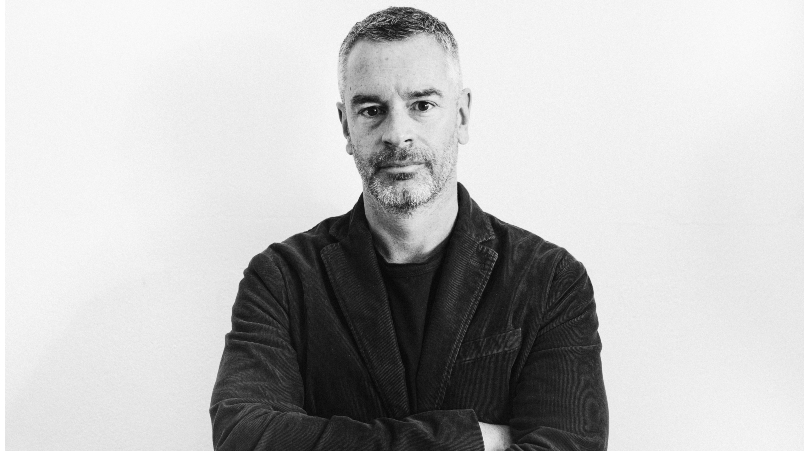 Anthony Freedman, the founder of Host and One Green Bean who became CEO and Chairman of Havas Group ANZ, will step down later this year from the role after a five-year tenure. The holdco has no plans to replace him, with its three local CEOs – Laura Aldington, Virginia Hyland and Simone Gupta – taking the reins and reporting to their respective global chiefs. 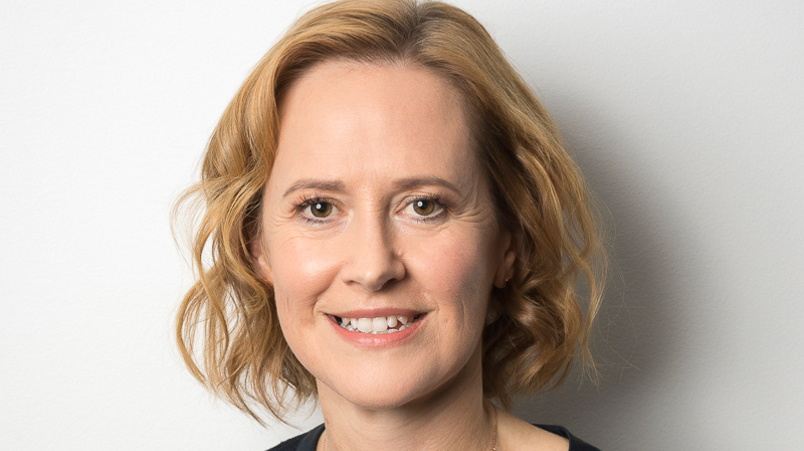 Claire Williams oversaw tens of millions of dollars in spend as Chief Connections Director for alcohol giant Lion and has been named as the Premium Content Alliance’s new Head of Marketing. She is urging marketers to safeguard their research budgets as the ad market – and broader economy – starts to cool. “Hang on to it, because if you don't, you'll be screwed in a year's time when you get the results and understanding and are able to put something in action,” she says.