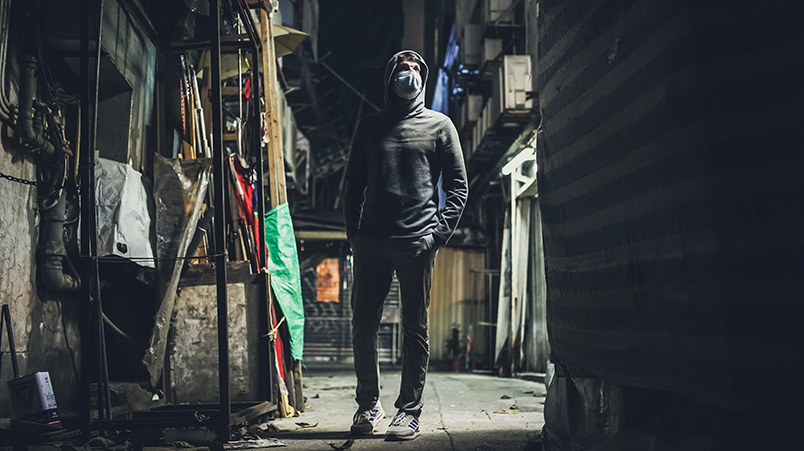 IAS MD James Diamond: “Brands don’t want to appear insensitive. They’re telling me they're coming back. It’s a question of getting their messaging right and developing new creative.”

Consensus is building privately among media agencies that the ad market is facing a 40%-plus decline for the June quarter and a short-term fall in online ad rates of up to two-thirds as premium news publishers shift unsold inventory to open ad exchanges like Google and The Trade Desk.

Publishers are hurting. Nielsen’s Digital Content Ratings shows time spent with local digital news sites and apps was up 29% in March but revenues are heading south.

The IAB and publishers point to COVID-19 news blacklisting by online advertisers as a major culprit for their revenue shortfalls while other market players say it’s linked to a broader ad market slump and a temporary pause by those advertisers which are still planning communications activity to avoid any fall-out from tone deaf messaging and creative.

Brands afraid of being insensitive

“The issue is not so much to do with COVID-19 blocking,” says James Diamond, managing director of online ad verification firm, Integral Ad Science, which has about 70% of the Australian market. “Brands don’t want to appear insensitive. They’re telling me their coming back. It’s a question of getting their messaging right and developing new creative.”

“The overwhelming reason is a decline in media spend,” says Broome, who dialled into a conference call over the weekend with dozens of industry associations around the world under the auspices of the Brussels-based World Federation of Advertisers

“It’s absolutely the case in Europe where a full-shutdown is having a huge impact on the media market – north of 50%. The sentiment I’m getting around Australia right now is that small business is driving a lot of the decline. The prognosis for the top end of town is it’s most probably down by about 30%.”

The slump in SME ad volumes is even impacting the normally untouchable ad duopoly of Google and Facebook. Variety cited analysis by Cohen & Partners that forecast the two Silicon Valley giants could see more than $44bn in ad revenues vanish this year. It represents an 18% year-on-year decline for Google and a 19% fall for Facebook although their combined revenues are still forecast to top $195bn, according to Cohen & Partners. The Facebook-Google contraction is not as severe as the broader ad market but the numbers are still eye-watering.

Even more so is what’s facing the New Zealand market because of its aggressive Stage Four lockdown. Part of the reason for Bauer Media’s  closure in New Zealand is because of a heavy customer skew to SME’s and their shutdown-induced closures.

New Zealand minus 50 and counting

“New Zealand is halfway through a four-week shutdown and our mid-range forecast is minus 50% for the ad market, assuming it only last four weeks,” says OMG’s Kroon.

It’s the prospect of a similar ramp-up by the Australian government which has Australian ad market predictions redlining 50-60%.

Kroon says his forecasts are entirely linked to government social distancing policy. The sooner they are loosened, the projected ad market declines improve. He says the June quarter at present is tracking at a decline “in the low 30s”. Others, who didn’t want to be named, say 40% is likely.

“Stage four is truly a challenging place for anyone to spend money unless you’re government,” he says. “We’ve already seen that in the UK, New Zealand and India.”

Kroon, meanwhile, thinks there has been plenty of COVID-19 blocking going on through open exchanges but defends advertisers for doing so.

Brands, agencies not being lazy

“This is not about laziness or brands failing to understand how important COVID-19 coverage is,” he says. “They’re trying to ensure their advertising is not tone deaf. It’s a very nuanced and complicated space to navigate. Lots of brands don’t want to appear in COVID coverage because it includes things like death, which brands want to avoid. It’s about the tone and context of a brand and being called out on Twitter or other social platforms for not being in tune with the market. The point is no brand would want to be seen as tone deaf to the human tragedy of COVID-19 so ads with creative built a month or two ago can do serious brand damage if they’re running all over COVID content.”

Kroon acknowledges online ad pricing is in decline because of excess supply but warns it won’t last.

“This is an exceptional three months,” he says. “All media companies will treat this as an outlier and it won’t have any bearing on future price conversations. We’re looking at a hockey stick. As soon as you reduce to Stage 1 restrictions then the forecast improves to minus 20%.”

The AANA’s Broome sees a similar scenario. “The market is beginning to reset itself,” he says. “It’s very early days but that will ultimately encourage advertisers who are sitting it out at the moment to come back in. Smart marketers will see an opportunity to drive share growth and disproportionate share of voice, as happened in the GFC. That all said, advertisers and their partners can revisit their blacklist strategies to see if any mistakes have inadvertently been caught in the mix.”

“Globally we are definitely seeing COVID-19 coming through strongly on blacklists,” she says. “Even IAS reported globally that it was the second most blocked term after Donald Trump. The verification companies are seeing this. The main message we’re going out with is for advertisers to revisit their blocklists and think about the nuance rather than a straight-out block. We’re asking them to be open to high-quality information and news environments that are accurate and not supporting misinformation.”

Google's 2022 cookie apocalypse: Why it will hit first party data, hyper-targeting and a solution from Westpac's former digital media and tech boss

From 2022, Google's ban on the use of third party cookies will render up to 85% of current digital marketing useless, says We...

Welcome to the first episode in the Reset Now  video leadership series with leading CMOs in a new partnership between Mi3, Ni...