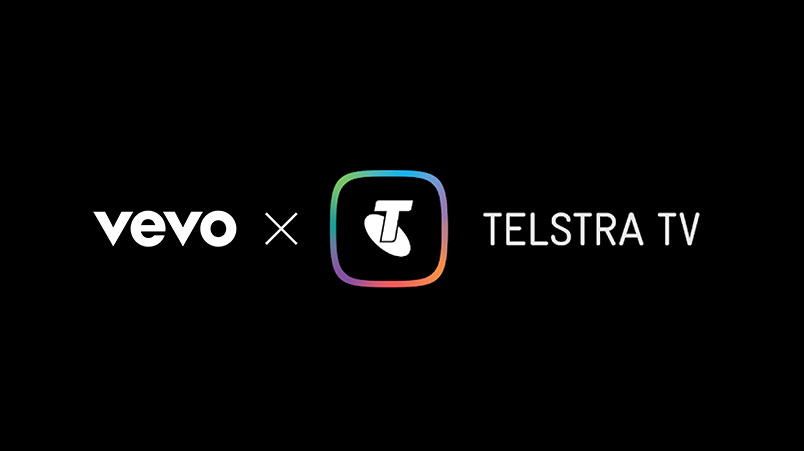 This year has already seen 1.8 billion views of Vevo's music videos in Australia on YouTube with 3 billion forecast by year's end but connected TVs are surging globally for music consumption. After a two-year hiatus, music video streaming service Vevo is back with a new look Australian team headed up by ex-Shazam APAC boss Steve Sos to capitalise on the digital TV version of the 1980s MTV revolution.  Vevo says it has 10 million monthly unique viewers in Australia and 27% is coming from Connected TVs. The company has struck a deal with Telstra to push out of its YouTube box and back into the full screen of the living room.

Music video streaming service Vevo has had many iterations, first launched in Australia in 2012 in partnership with MCM Media, then once more in 2016 with Southern Cross Austereo.

Now, after a two-year hiatus and global rethink, Vevo is back once more in Australia with a local direct sales team.

Led by former music discovery service Shazam’s APAC boss Steve Sos, the platform is looking to capitalise on the growth of CTV.

Vevo sees approximately 10 million monthly unique viewers in Australia and 2.2 million in New Zealand and of the 1.8 billion views across the platform locally to date, CTV accounted for 27%.

CTV is also a major part of Vevo’s global growth, with the platform making up 21% of its the 139 billion views in 2020, second to mobile at 61% but CTV is the fastest growing.

As part of the move to launch a local sales team, Vevo’s full catalogue of 450,000 music videos will now be available on Telstra TV.

Telstra TV is the streaming service which is owned and operated by the telecommunications company and houses multiple CTV platforms, including all the major Australian TV networks’ broadcast video on demand services.

Vevo says the Telstra partnership is in line with it distribution strategy, which is underpinned by a growing focus on CTV.

He says its not like linear programmed MTV or Channel [V] “of the past” but rather searchable, customisable and algorithmically driven video.

“In a way you could say we are going back to TV. Not strictly as a strategy we defined and developed but more as we follow consumption trends and viewers back into that environment,” McGurn says.

“We are definitely seeing the renaissance of the premium music video back on the big screen in the loungeroom as a co-viewed lean back viewing experience.”

Sos says the Telstra deal is one of the first of many new distribution alliances that will allow the business to maximise its commercial and promotional value of music videos for its label partners in the CTV environment.

“Being able to tap into Telstra’s impressive reach and distribution is another step towards our goal of bringing music videos back to the living room,” Sos says. “In doing so we are also able to significantly increase our growing pool of inventory on the big screen for our commercial partners.”

Vevo has seen growth in CTV increase by 14% year-on-year, with compounded growth of 30% for the past two years.

Vevo still expects mobile to be its biggest screen on audience volumes for some time.

However, television represents a significant and growing audience for which viewing sessions are longer, with higher engagement than desktop and mobile.

“We are very delighted to be bringing Vevo to our Telstra TV users, offering them access to hundreds of thousands of the biggest global music videos on Australia’s leading streaming platform," Telstra Media Executive, Product & Technology Rebecca Haagsma says.

"We know our users love and enjoy the range of music content available via Telstra TV today and the addition of Vevo will only enrich that experience, and further extend on our ambition to become the best aggregator of entertainment for our customers."