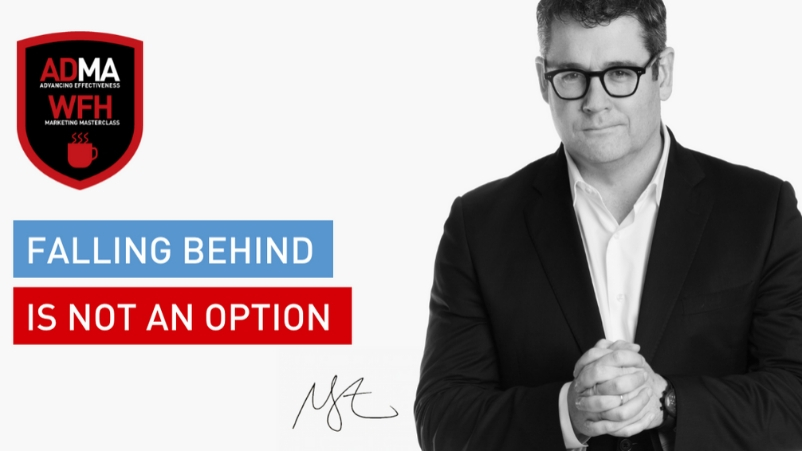 From Uber to IAG, AGL, Suncorp, A2 Milk and eBay, the number of corporates buying bulk tickets to Mark Ritson’s WFH Marketing Masterclass program has surprised ADMA CEO Andrea Martens but, she says, it’s pragmatism – to keep talent engaged and their angst levels down about the next six months, investing in higher-quality professional development is emerging as a “rainmaker” strategy for companies.

JCDecaux announced last week it had taken 200 places in ADMA’s 12 week WFH Marketing Masterclass with Mark Ritson – most of them were allocated for the media company’s marketing and agency partners. “There is no playbook for this moment,” says JCDecaux’s CMO Essie Wake. “We want to step up and help facilitate fresh thinking and learning that creates interesting dialogue and debate.”

“We originally thought this would be driven early by individuals,” says Martens. “We’re seeing them coming through now but what’s been surprising is the level of corporate interest. As we head into week three of COVID restrictions they’re clearly seeing that keeping teams motivated and engaged is not easy. This sort of investment is also helping to reduce anxiety in the teams who see initiatives like the Marketing Masterclass series as companies investing in them for the long-term.”

Martens also says what’s increasingly clear is that many in marketing and communications are capable in their narrow and specialised remits but are considerably lacking in broader strategic imperatives and how the broader science of marketing works together.

She says during her global marketing tenure at Jurlique, she faced a big task in improving the understanding of the company’s global marketing and communications team who thought it sufficient to just have the skills to operate in their specialised roles.

“There is a huge skills gap in this market. Many seem to think they can get their marketing skills off a Weet-Bix pack. At Jurlique I put everyone through Mark’s program. We needed understanding of strategy and all the things that go before a communications, media channel or digital execution. No-one had given them the fundamentals.”

Martens says the interest from individuals – many who have been stood down because of COVID-19 – about broadening their marketing understanding and credentials has also intensified in the past week. Mark Ritson says about half of those working in the Australian marketing sector have no formal qualifications in marketing.

“That’s a significant challenge,” says Martens. “People think they’re ok. I will be sitting through this whole 12-week course again and so will ADMA’s entire team. It’s a top-up. There’s some very senior industry people doing the same.”

The ADMA-WFH Marketing Masterclass with Mark Ritson runs for 12 weeks from Monday April 20. 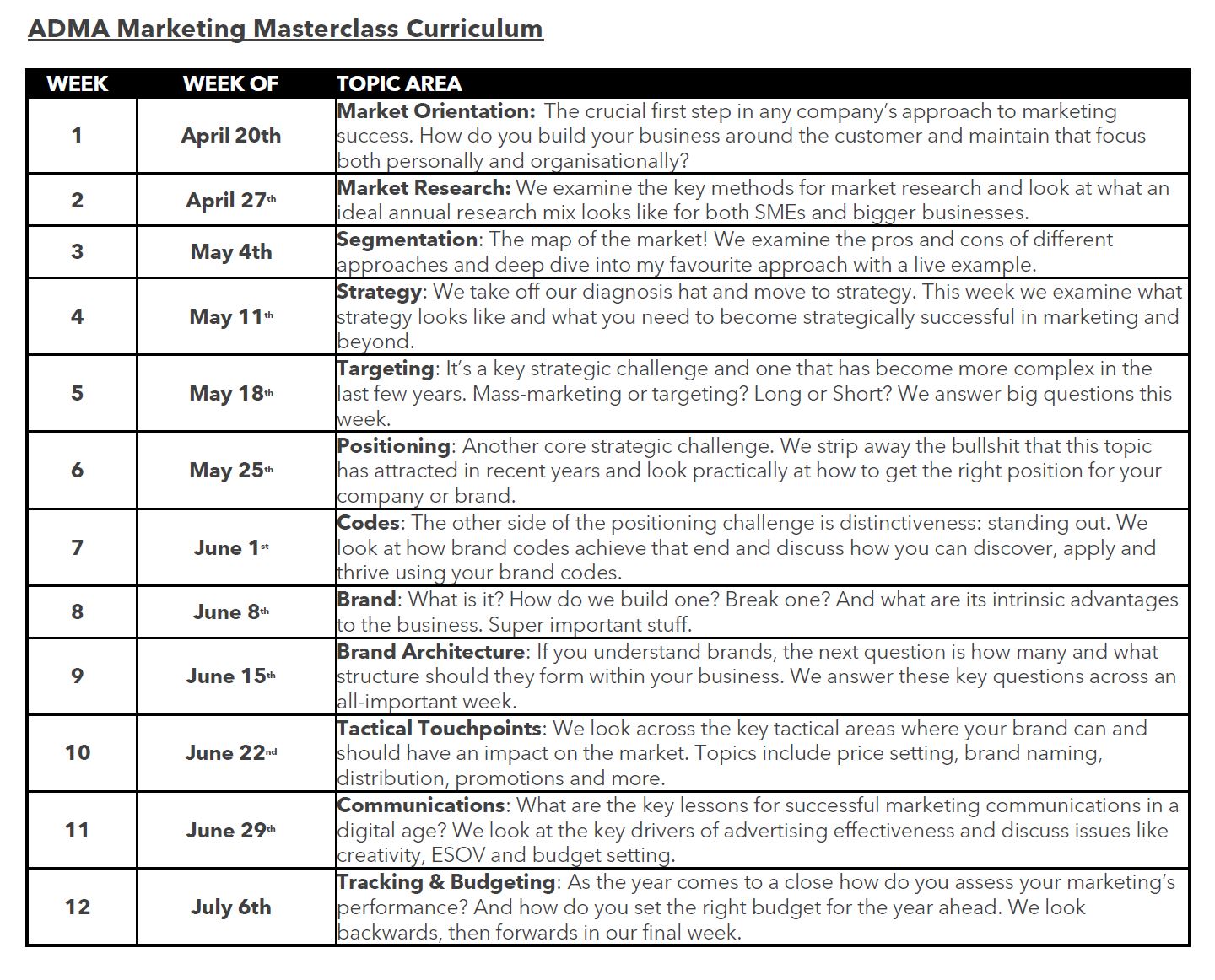