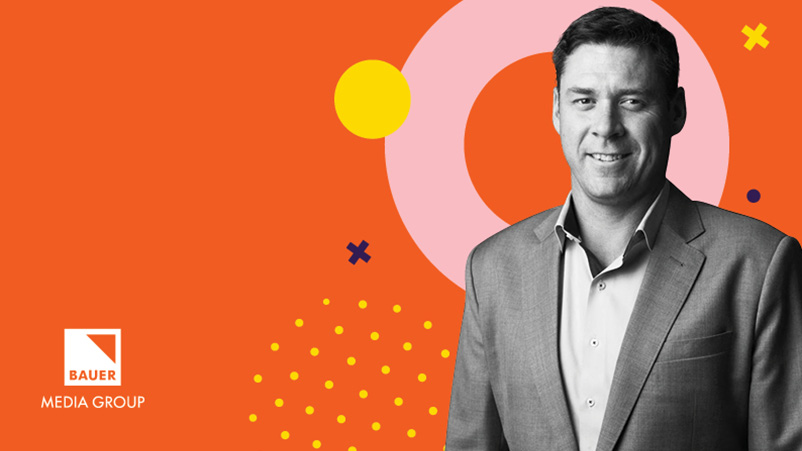 Bauer CEO Brendon Hill says the activist agenda Bauer is taking on for women - from the "Tampon Tax" to "Financially Fit Females" and "Financial Elder Abuse" initiatives - is galvinising the company and proving a powerful force for driving change for women.

"This activist agenda is not a cynical ploy to promote our magazines, or to sell more copies and subscriptions. It comes from a heartfelt desire from our editors – many of whom are women – to reflect the issues facing their readers and to create a more equal future. And we will continue to push for policy changes where readers have told us it is needed."

The fight for gender equality has been long and arduous. And, in equal measure, enormously satisfying and immensely frustrating.

Huge strides, of course, have been made over the years. Through the courageous actions and tireless campaigning of individuals and lobby groups – often in intimidating and hostile environments – much progress has been made to put women on an equal footing in society. That’s the satisfying piece.

But it’s clear, even as we near the end of the second decade of the 21st Century, that women continue to face inequality and injustice, both professionally and in their personal lives. And there sits the frustration.
Some of the challenges include:

Fair-minded Australians will find the above five points - and that is far from an exhaustive list - unacceptable. Yet such ingrained attitudes and rank unfairness linger. Turning again to the Chief Executive Women study, 76% of men in the workplace support gender equality (heaven knows why it’s not higher). Yet fewer than one in five of those prioritise taking action. Little wonder, then, that change often moves at glacial pace.

With such burning injustices and concerns confronting half our population we, at Bauer, sat down 18 months ago to map out a unique strategy. That strategy - or activist agenda as we call it – saw us join forces with, and represent, the 9.2 million Australian women who engage with our magazines, websites and social channels.

Under our umbrella initiative #Femalefutures, we began listening to our readers more than ever through research, data and analytics, with the singular aim of tackling issues that matter to them. The aspiration is to build a more equal future for women.
It’s a strategy that underpins everything we do.

From a business perspective, embarking on this activist positioning has given Bauer renewed purpose and relevancy, ensuring we offer what our readers want and expect, and giving them additional reasons to subscribe to our content.

Brands, today, also feel they must stand for something. In a fractious and divisive landscape, both at home and overseas, brands are increasingly taking positions on social issues. For some it is driven by a bandwagon mentality, underpinned by self-serving commercial interests. For Bauer, it comes from a deep-rooted and genuine desire to effect change through the influence of our brands, our readers and our advertising partners.
Among our work so far:

Removal of the Tampon Tax as it was known was particularly satisfying. This was nothing less than a tax on women, a tax, quite remarkably, that had penalised women for almost two decades. Within three months of our concerted campaign, which included more than 500 personalised letters to MPs, Bauer, together with the united voices of readers, helped our political leaders finally see sense.

Our insights study, meanwhile, unearthed who we have called the defiant woman. And they are unrecognisable from the imagined world of some marketers who view the over 50 female market as simply “old” and target them with irrelevant ageist advertising. The truth is starkly different from this dated image. We found a group of women who are empowered, confident, fun-loving, motivated and financially stable. And they are our readers. Each year, our publications speak to nine out of 10 defiant women.

Make no mistake, though. We are a publishing company so words are pretty important! To that end, we embarked on a plan to write 10 million words across our titles on #Femalefutures, an ambitious aim we achieved at the back end of last year.

The newly launched Stop Elder Financial Abuse campaign, coupled with our Financially Fit Females push, will be a major undertaking this year, and into 2020. According to the Melbourne Institute HILDA survey, 35% of women are considered financially literate, compared with 50% of men. This can lead to financial abuse, which Bauer, along with our partners, is committed to tackle.

This activist agenda is not a cynical ploy to promote our magazines, or to sell more copies and subscriptions. It comes from a heartfelt desire from our editors – many of whom are women – to reflect the issues facing their readers and to create a more equal future. And we will continue to push for policy changes where readers have told us it is needed.

With a powerful portfolio of brands we have both the ability and responsibility to drive the agenda for Australia women.

Brendon Hill was appointed Chief Executive Office of Bauer Australia and New Zealand in 2019. Prior to his appointment, Brendon was Managing Director of Bauer New Zealand where he was responsible for the management and performance of the company. Brendon has been with Bauer Media for 13 years in various roles including Publisher of 30+ magazine and digital brands