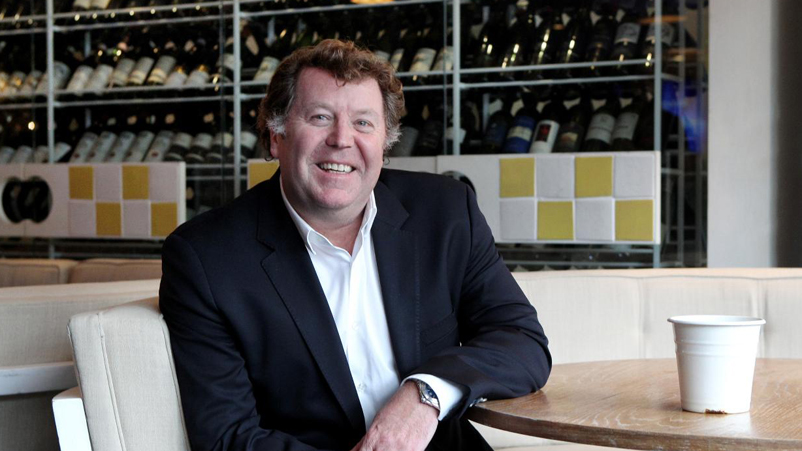 SCA CEO Grant Blackley: "What we are seeing is that the younger generation and people in those circumstances are more willing to come back to work."

Share Bookmark
After a COVID-induced revenue slump of circa 45% in April and May, Southern Cross Austereo (SCA) CEO Grant Blackley says conditions are improving such that the radio and TV broadcaster will have all its offices open and firing from September 28 on full pay with a program that allows staff to operate on a flexible menu of 20 workplace options. Younger staff and creative teams are piling in for a return to the office but it’s a slightly different story for those further along the age band.

"The young ones fundamentally are coming back sooner. I think we'll have to coach a couple of people of older generations to come back.”

Here we go. All the pondering across industry in recent months for what the new workplace looks like in a post-COVID is starting to land.

Google’s boss for real estate investments and development, Mark Golan, told a Lendlease conference last week that working remotely will ultimately be detrimental to business productivity and culture, despite extending its own voluntary WFH policy until July next year and creating technology that facilitates other companies’ remote working capabilities.

SCA’s revenue decline over the same period last year is reversing by about 10 percentage points each month to the point SCA will press the button on a full return to work and wages in 12 days with a program called “SCA Your Way”, which the company's people and culture team have been working on for months – 85% of SCA’s people have been working from home through COVID.

The results so far are intriguing, both by age group and job function. “It’s interesting,” says Blackley, who says 80% of SCA staff will be “effectively” working back in 65 offices around the country from September 28 but with flexibility from a menu of options that individuals, teams and managers will negotiate on a bespoke basis.

“What we have found is that a lot of the younger generation actually prefer to be in the office and enjoy being in the office because of that connectivity. They’re living in shared accommodation and quite often they've been sharing a dining room table with their friends and their flatmates. That's worked in certain cases and I'm sure that's been troublesome in others. What we are seeing is that the younger generation and people in those circumstances are more willing to come back to work because it's an independent destination. It's well set up and effectively allows that level of independence and collaboration.”

The same goes for SCA’s creative and content teams.

“We do know in certain cases that creative collaboration is enhanced by people physically being together and maybe they want to physically come together certain times of week to actually brainstorm certain ideas."

Blackley says “partly in jest” that some older in age and lifestage have seen the current period as a “wonderful gift” although SCA’s executive and leadership team have been mostly in the office through COVID.

“They've worked through this and actually had a break in their career for the first time in a long time,” he says. "And, you know, I think they've gotten used to a different lifestyle on the way through. They've been equally as productive but they've actually thoroughly enjoyed being at home with their family and working in a remote location. I don't think that lasts forever for all of those people. But I do say, you know, I think the young ones fundamentally are coming back sooner. I think we'll have to coach a couple of people of older generations to come back.”

Unlike others in media, agencies and beyond who see cost-out benefits from reducing office work space, Blackley has no intent to close or shrink SCA’s office footprint at this stage. The “fill rate” of staff on any given day in the office is too early to call, he says, but he’s comfortable for now with a range between 70% and 85% and it could be higher.

“We've got 65 locations. We're going to keep those locations open. They are a very important part of the community in every place we operate and it's an important part for our people. It's an important icon for our listeners and it's important for our clients to come and spend time with us in a strategic and operational manner. So we will maintain the level of offices that we have at this point in time.

“With the exception of Victoria, we’ll move to 80 per cent office capacity in every location in a COVID-safe environment. That then means, though, that people will choose, teams will choose, how often, how many days or how often they come into the office versus working remotely. In terms of the full return to office, I think people will migrate back to the office willingly. And that's certainly the feedback we're receiving at this point."

Beyond SCA's workplace flexibility strategy, Blackley says COVID has been a trigger to "reinvent" the media group. "Fundamentally we’ve gone through and reinvented the company," he says. "We've tirelessly worked through this period of COVID. We've had multiple working groups evaluating the way in which the business is structured, the workflow patterns that we have been adopting for some time, and they're always changing of course, but it's given us the opportunity to realise a different structure and to work through that.
"So we're implementing more of those changes. But importantly, we've come out of COVID with very strong, effective and efficient workflow patterns and arguably a lower cost base for the future. And I think that will help us not only ride through any of the difficulties that may appear, but most importantly, reset the cost base and reset our priorities moving forward."

More of that in a follow-up story.

Russel Howcroft and Nine Radio boss Tom Malone on why media's the most ruthless of Howcroft's career, advertiser age bias and the inside account of Alan Jones' final curtain

Russel Howcroft says media is the most ruthless industry, consulting the most influential but advertising the smartest. Nine...

Getting off the ‘performance marketing drug’: Catch CMO Ryan Gracie on building brand equity, going above the line for customer acquisition and spending more on marketing

After being acquired by retail, industrial products and chemicals giant Wesfarmers in August 2019 for $230 million, online...