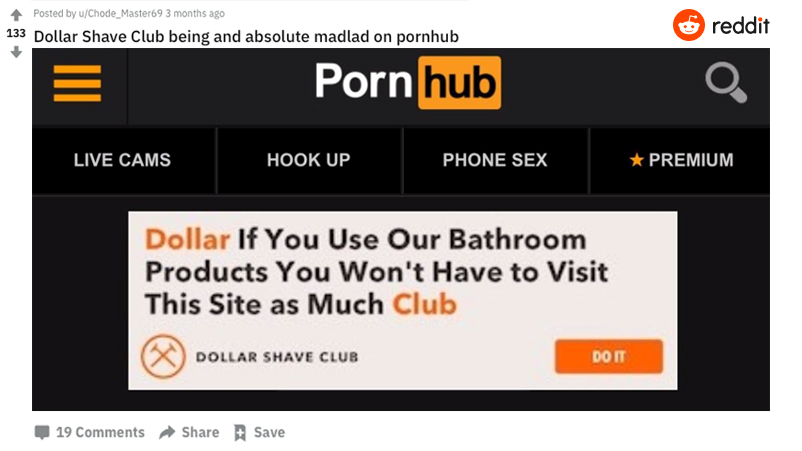 "Creatives are close to the marketing department. You can influence a lot. You're not in that agency-client dynamic you grow up on. It's sort of gone. You're all pushing towards the same goal." 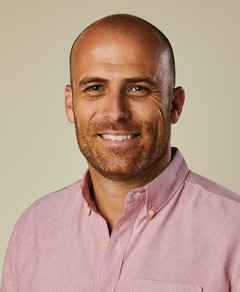 Here's a lightly edited conversation Mi3 had with the LA-based Matt Knapp during a current trip back to to Australia where he's shooting a Dollar Shave Club video.

Mi3: What is happening to Dollar Shave Club's media mix?

Knapp: Dollar Shave Club rode the wave of that first kind of Facebook direct response world, where people were getting a lot of growth in that category. It's definitely still a huge channel for us, but there's so much competition now that we've had to move. The cost to run ads there is much more expensive and more competitive and because you've [acquired] a certain amount of the market, the growth you had initially starts to plateau... Brands can pop up from nowhere overnight and you can advertise on Facebook.  Suddenly, there’s a brand that you’ve never heard of that’s pushing ads and you’re like, where did they come from? So ultimately, we weren’t selling anything. We’re selling a commodity product, how do you make someone attracted to commodity product?  It’s being more than the product; it's a sense of shared purpose.  So in terms of our media diversity, we had to completely diversify how we were showing up to guys.

Michael [Dubin] had launched the company but I don't think there was much traction. In 2012 he spent $4,000 on this video, probably the first of its kind of a founder-CEO talking to camera. It had an irreverence, a boldness, a challenger attitude to it that was really refreshing at the time. That launched the company."

Knapp: So, it’s not expensive.  But interestingly, the exposure that you can get and the impressions are huge. There was a strategic reason why we went there.  We are very much about having guys’ backs. We like to think that we’re looking out for guys. It’s no secret that guys go there, we turn up where guys are going to be.  One of the ads that we ran actually ended up from a front page of Reddit but it was a simple: "We’re here to tell you Dollar Shave Club has more than razors.  This ad is also an escape hatch if someone walks in on you." [You can click the ad and enter a shaving website, should somebody unexpectedly walk in].  So it’s like click it, you’re out.

Knapp: It got so much love from people.  I think it came at an interesting time because Gillette had launched their big ad that got so much judgemental reaction. It was sort of judging guys in many ways and telling guys how they needed to behave.  A lot of guys hated that and they’re really critical.  So we came out with just a message of, “Hey, we’ve got your back". And then we just got so much brand love for that - from a simple banner.

Mi3: Did it drive memberships and customer acquisition?

Knapp: It has. The acquisition team were like "there’s no way anyone is signing up from this" ... and yet we got... I don’t know the number in my head... but we’re still running them because we’re getting members and the CPMs are low.

Mi3: You're certainly zigging when everyone else is zagging. Not many others would be able to get away with it without the brand copping an awful lot.

Knapp:  Yes, exactly.  Well, it’s funny. One of the Unilever guys got in contact and said, “I see this one here”.  But to their credit, they don’t tell us how to run our business. When they acquired us back in 2016, one of the things they said - and it’s sort of true to this day - is that we didn’t buy Dollar Shave Club.  Dollar Shave Club bought Unilever in a way that we can benefit from their scale and their expertise in many areas. But they’ve completely left us alone to do what we’re doing. They bought us because we’re doing something right and they’ve maintained that.

"I fundamentally believe that advertising creatives, they’re not just advertising people. They’re problem solvers. So it’s like if you give an ad creative a problem, they'll solve it ...[but] it's not always meant to be ad. So when you’re in-house, you can touch everything."

Mi3: What about on the supply side? Have you got synergies going on there?

Knapp: Yes.  So, we benefit from their scale.  We can get better shipping rates and product  – with formulations it's easier when we can tweak as opposed to starting and building something from scratch.  So that’s very much a benefit from their scale.  It means we get to market quicker with the new products. Unilever's door is always open.  We always have the opportunity to talk to them.  I know that our brand development teams have really worked closely with them, especially on our deodorant line that launched early this year.

Mi3: When you talk about Unilever leaving you alone, there’s also talk about them wanting to learn. Do you have Unilever people  around the world coming through?

Knapp: Yes. We had their executive board come through around the New Year ... they want to learn from us.  Direct-to-consumer wasn’t something that they were that experienced with, so there’s a knowledge share going on.  We take them through some of our case studies and stuff that we’ve done.  It’s a very open.

Mi3: Dollar Shave Club has retail presence. Will that change?

Knapp:  I think it comes down to the change in media for advertising and diversifying there. I could not necessarily say that we're not going to retail or that we will but ...You do need to diversify when you show up to consumers.  And if people are going are going into stores, yes, maybe that’s where we need to be at some point.

Maybe the problem with the product isn’t the advertising.  Maybe it’s got the wrong positioning, the wrong name, the wrong packaging. You can’t impact that when you’re an agency. It's just like, “Yes, do the ads“.  When you’ve got a hammer, everything looks like a nail. It’s [about] holistic creative thinking, not just advertising.

Mi3: What about leaving agencies and going in-house. You were at DDB in Sydney and New York and then Anomaly New York before making the jump.  In-housing is now a thing, but for the creative purists, that idea has always been a horror show.

Knapp:  What I love most about the job is that you’re involved from the whole process. When you think about a product and how to go into it, we have input into that.  We have input into what the formulation smells like, the names. We develop the concept.  We decide what components go in:  What tube it is, the bottle, the logo, the brand; the identity of all of these sorts of categories underneath the Dollar Shave Club umbrella. We touch it all.  There’s something really cool about building all that from nothing... and then getting to the ads.

Knapp: Exactly. So in an agency, it's “here’s the product, do an ad“.  And a lot of the time, maybe the problem with the product isn’t the advertising.  Maybe it’s got the wrong positioning, the wrong name, the wrong packaging and you can’t impact that when you’re an agency. It's just like, “Yes, do the ads“.  When you’ve got a hammer, everything looks like a nail. That was always frustrating.  I remember being in agencies and saying, “What about if we did this?” and then they’ll be, “Ah, what’s the 30-second ad or what’s the print ad?”  You were very restricted. I fundamentally believe that advertising creatives are not just advertising people, they’re problem solvers.  If you give an ad creative a problem, they'll solve it ... but  it's not always meant to be ad.  So when you’re in-house and you can touch everything, you ultimately set yourself up to success. Because when you get to the end and it’s time to write the ad, the rest of the product hopefully is bulletproof because you’ve been involved [all the way along].  So that’s what is different and that’s the thing that I love most especially coming from a product design background. It’s holistic creative thinking, not just advertising.

Mi3:  Do you have any outside partners or is all in-house?  From media through to social through to creative?

Knapp:  Everything is internal except for when we do big productions, like a big TV campaign.  We worked with MJZ which is a huge production team and they did that last big TV ad that you might have seen, a 3-minute film.  So, we worked with them to produce it. But in terms of all the concepts that you would normally go to an agency for, it’s all in-house.

Matt Knapp is speaking at M360 in June.