The myth of rationality: Why B2B (and B2C) marketers need to rethink behavioural economics to snap back to innovation, growth 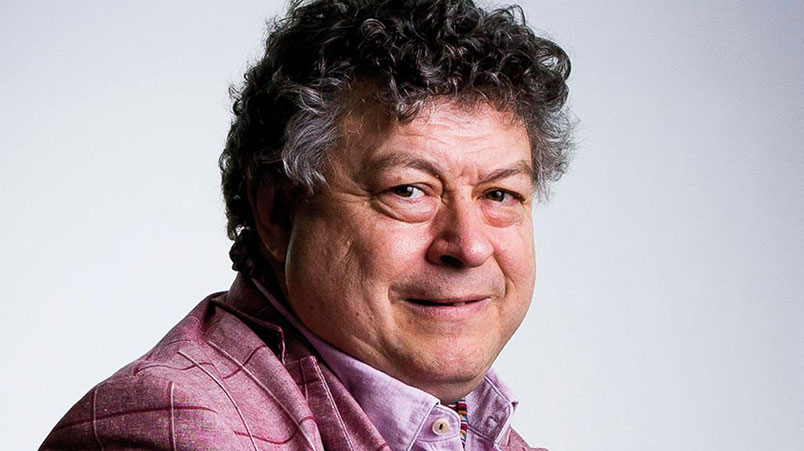 Rory Sutherland: "If business people really are that rational, why do they play so much golf?”

Behavioural science is the trojan horse marketers need to get psychology back into business and the boardroom for innovation and growth. Citing cases from Boeing's return to supersonic travel, FedEX and how investment bankers pitch deals, if you only believe in logic, you can’t perform magic, says Rory Sutherland, vice chairman of Ogilvy UK and a founder of its behavioural science practice. He suggests B2B marketers (and B2C marketers for that matter) must explode the myth that businesses and their people only make logical decisions, or they'll keep making the same mistakes until their tenure ends. The application of behavioural science and psychology within B2B could be even more profound than in B2C marketing, he argues, powering post-Covid growth while driving marketing back up the corporate food chain.

Rory Sutherland argues B2B marketing needs a new map – actually multiple maps - that steer away from the pursuit of efficiency and instead chart a set of scenic routes to growth by accepting that businesses decisions are largely made by people, not machines or economic models.

The myth of the rational decision-maker has become “ludicrously over prevalent” and is stymying growth while simultaneously pushing businesses into a defensive cycle of cost cutting and missed opportunity, says Sutherland. That needs to change, “because put bluntly, you can’t cut your way to growth.”

Marketers must reclaim their discipline and bring psychology into business-to-business marketing through behavioural science as a “Trojan horse” to start adjusting deep-rooted attitudes, he argues.

To help them do that, he’s written a new paper, commissioned by the LinkedIn-funded B2B Institute. The Objectivity Trap shows B2B marketers the hole they are in, explains how they got there, and offers an escape route. Stop digging, look up and start growing, says Sutherland.

“The ability to take marketing thinking into areas where it's been previously underexploited is in economic terms, the greatest possible opportunity.“

The myth of rationality

Behavioural science has been “grossly overlooked” within B2B marketing due to the fallacy that everyone sheds their behavioural biases as soon as they don a suit, says Sutherland. “But if business people really are that rational,” he quips, “why do they play so much golf?”

However, precisely because so many businesses are repeating the same mistakes, he argues there is a huge opportunity to use behavioural science to deliver genuine top line growth in just about every niche.

Sutherland calls it the “myth of rationality”, where it is assumed that business people make entirely rational decisions - almost as if they are not human.

“I would argue the opposite,” he says. “When you put people in an institutional setting, their biases become more pronounced.” That’s a problem, he argues, given the significant consequences of bad decision-making as a result of those biases.

“If you buy a bad packet of crisps, you throw it away. If you agree a bad seven-year [deal] you lose your job,” says Sutherland, hence the huge amount of defensive decision-making.  “A lot of business people would rather make a slightly bad decision that is easy to defend, versus an objectively great but slightly risky decision that is hard to explain,” he argues. “Because the amount of blame that is going to accrue to you if things go wrong, which they always can, is not really proportionate to the quality of your decision. It is proportionate to the quality of your argumentation.”

It’s a slightly longer way of saying nobody ever got sacked for buying IBM. But Sutherland says that reinforces the point: better technology or services cannot succeed without overcoming that self-limiting mindset. Which is why the application of behavioural science and the use of psychology within a B2B context is critical to growth. Otherwise, marketers and the broader B2B market remain stuck in the objectivity trap without even realising it.

Per The Objectivity Trap paper: “The good news is that, if business decision-making is plagued with consistent distortions in thinking, it provides a huge opportunity for discovering new ways to compete: the greatest market opportunities exist where every significant actor in a market segment shares the same set of self-limiting assumptions. If you can find out what they all assume to be true, which now isn’t, you have already found a basis from which you can differentiate yourself and win,” writes Sutherland. “And this opportunity may be open to more people than realise it.”

“Once you become marcoms, rather than marketing, you are doomed.”

Sutherland, like many others that predate the dotcom boom, laments the “shrivelling” of marketing into marcoms: “Once you become marcoms, rather than marketing,” he says, “you are doomed”.

He thinks one way marketers can start to reclaim their remit is to experiment creatively with pricing, one of the fundamental four Ps of marketing. There are few places, Sutherland suggests, where behavioural economics and use of psychology are more important than in reframing value.

In a B2C context, the classic example is Nespresso. Nobody knew they would pay an order of magnitude more for coffee in a pod than in a packet. But the frame of reference then became coffee shops. “If Nestle had been completely rational, they would never have launched Nespresso,” says Sutherland. “So what seems expensive in one set of comparisons is cheap in another.”

The same approach is even more applicable in the B2B world, “which in many ways is more emotional than B2C”, and which represents about 50 per cent of the economy, he suggests.

Some sectors make use of psychology often called the ‘Goldilocks effect’ says Sutherland. “If you have five investment proposals ranked in order of riskiness from one to five, with one being the most cautious and five being bat shit crazy, what apparently a lot of investment banks do is build a bit of extra margin into options two and four. But not three - the one in the middle - perhaps because nobody wants to chose the one that makes them look as if they are sitting on the fence and can’t make up their mind.”

“People spend ludicrous amounts of time trying to reduce price rather than increase perceived value, because of that assumption that everybody knows what the value is,” he says.

“A large number of business problems derive from the fact that this approach has been pursued for such a large period of time. Because, put bluntly, you can’t cost cut your way to growth.”

“The really great inventors, if you look at Jobs or Edison, they're not inventors, they're hucksters. Salesmanship, which is much less fashionable than science, is actually more important than the science in terms of economic growth and the development of civilised society.“

He thinks businesses need separate budgets and metrics for experimentation.

“If you only have one metric and it's short term - particularly if you look at the general longevity of marketing directors, which tends to be a bit short term, tragically - then anything you do which is learning looks like a cost in the short term,” says Sutherland.

“So you have to partition your budget and say this bit is ‘exploit’. This is where we spend money exploiting what we already know. And then this 20 per cent is for ‘explore’, not exploit. This is for finding out what we don't yet know and for trying things we've never tried before … where the chance of success is relatively low, but the payoff in the event of success is disproportionately high.”

In that regard, he thinks innovation, R&D and marketing should “be merged into one department”, because salesmanship is arguably more important than innovation itself.

“I would argue that marketing and innovation need to be bedfellows … The idea is actually a small part of the thing, actually selling the idea to a point where it gets widespread adoption, which is marketing, is the greater part of the challenge,” says Sutherland.

“The really great inventors, if you look at [Steve] Jobs or you look at [Thomas] Edison, they're not inventors, they're hucksters. Or Elisha Otis, the elevator guy who basically made tall buildings possible, he spent his time going to fairgrounds, demonstrating elevator cars, cutting the cable and showing how the car didn't plummet to the ground,” he says.

“The salesmanship, which is much less fashionable than science, is actually more important than the science in terms of economic growth and the development of civilised society,” argues Sutherland.

“The ability to take marketing thinking into areas where it's been previously underexploited is in economic terms, the greatest possible opportunity.” 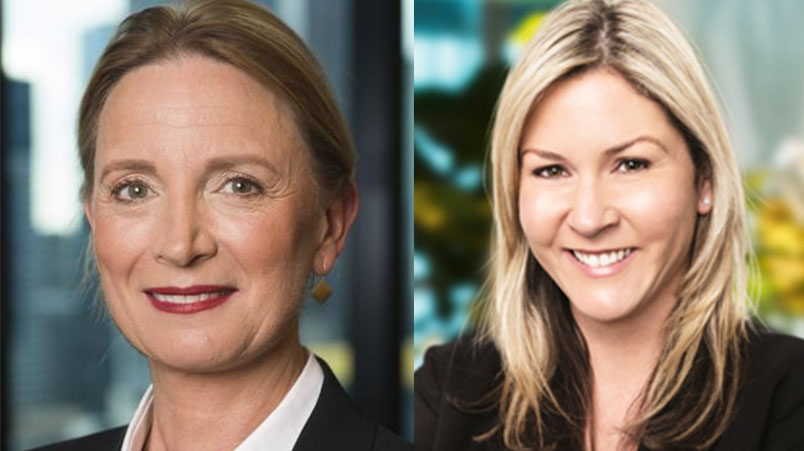 Ask Amber Collins or Mim Haysom to name the best new product or service that’s won them over as a customer or consumer - not a marketer - and it’s podcasts. Ask Mim Haysom about loyalty programs and she admits she’s “a marketer’s worst nightmare”. What do marketers choose and buy as consumers and why? Listen to the podcast and read here for the good oil.

Hipages CCO: Pain is coming for those who have not invested in brand 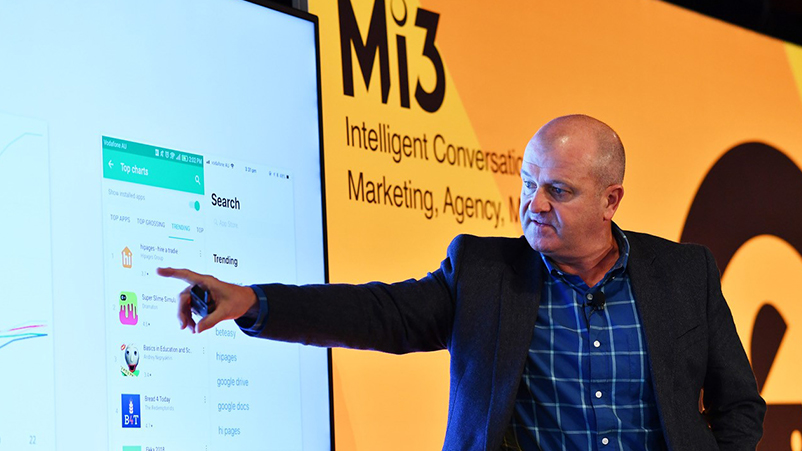 Sustained investment in brand marketing before, during and post-Covid has driven increased brand awareness and consideration for tradie marketplace Hipages while decreasing its reliance on performance media. CCO Stuart Tucker thinks industry must ditch an obsession with data and targeting and re-embrace more emotive advertising – or watch brands lose value. 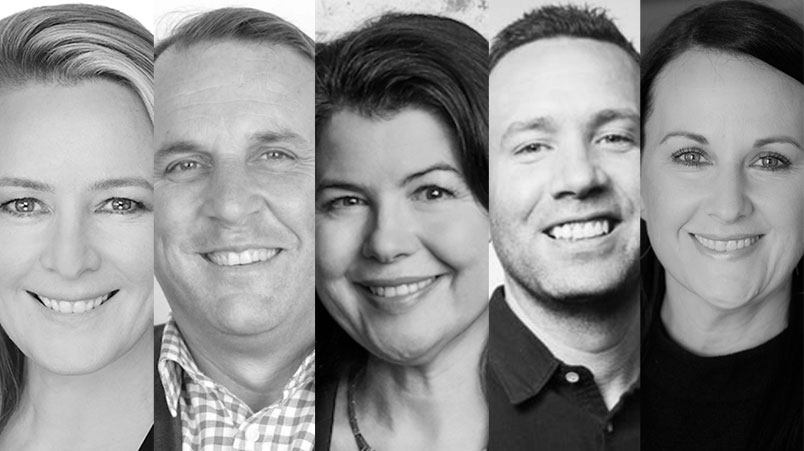