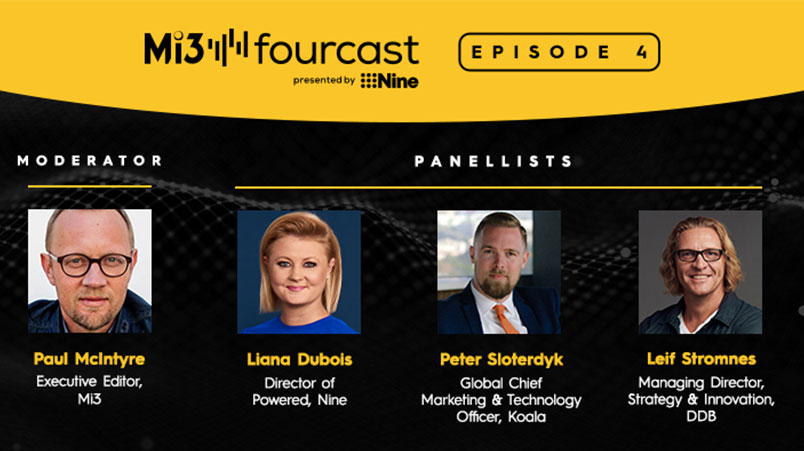 DDB's Leif Stromnes says brands have a duty to rebuild Australia post-Covid - and the smart ones are already investing in community initiatives. Koala CMO Peter Sloterdyk agrees. The firm will create 120 Australian jobs in 2021 and go large on brand investment, though not at the expense of short-term tactics. The two say striking the right balance between value and brand values will be critical in the year ahead. Nine's Liana Dubois is onboard with all of that. She outlines how to best combine brand and performance – and where it can all go wrong – in the final instalment of our Fourcast series.

Check out the fourth episode of the Fourcast series below:

“We work with some of the biggest brands in Australia, the Westpacs of the world, the Coles, the McDonald's. These brands have a responsibility, that is as bluntly as I can put it. If they just pivot to value for money, they are not fulfilling their responsibility. They have got to help rebuild this country.”

In 2021, brands need to focus on both value and values to withstand economic headwinds and help rebuild post-Covid Australia.

That means striking the right balance between brand building and activation will be more crucial than ever, according to top marketers, agency heads and media owners.

Leif Stromnes, managing director, strategy and innovation at DDB, has a direct line into long/short effectiveness guru Les Binet at sister agency DDB Adam and Eve in London. As such he has a bucketload of case studies that prove brand investment made during a downturn over-indexes. There is always a balance to be struck, he says, but suggests big companies that do not dig deeper in tough times are shirking their duty.

But some businesses are already ahead of the curve – and are pushing hard into ‘community’ as a long-term brand builder.

“We did some research during Covid on what was resonating. Brands wanted to do the right thing, but just offering empathy was not enough. The brands that did something helpful were the ones that were really rewarded,” Stromnes suggests.

McDonald’s, a long-term DDB client, “offered free McCafe for frontline workers and advertised that as an idea.” Meanwhile Coles held a community hour for the vulnerable and elderly and advertised it. Those things cost the companies money, says Stromnes, but the investment pays off.

He believes brands must now show their values as well as seeking value in the ad market.

“There's no doubt we are heading into tough financial times. Value for money is really important. There's absolutely no doubt of that,” says Stromnes.

“What Leif refers to as value for money from our perspective is, ‘Hey, here's this product that we think is great for you’. And that transactional messaging is still relevant - it just needs to be complemented by the brand marketing.”

That responsibility is top of mind for Aussie mattress brand Koala, says CMO Peter Sloterdyk, former Netflix head of original series marketing and Grindr CMO who joined the company earlier this year tasked with taking it global. But he says home markets must come first – and Koala will imminently be launching a new brand campaign.

“Leif is right. When it comes to brand messaging, it has to be about how we are all investing in Australia. For Koala, we're on this fantastic growth trajectory, which we're so grateful for. And we get to hire 120 new people just in Australia, in FY 21. That's a huge privilege, but it's also a part of how we are giving back,” he says.

“We’ve uncomfortably benefited from Covid because there's been an increase in e-commerce. Well, we're paying that back by growing our Australian business, figuring out exactly how to lift up the Australian economy however we can.”

At the same time, Koala needs to activate.

“What Leif refers to as value for money from our perspective is, ‘Hey, here's this product that we think is great for you’. And that transactional messaging is still relevant - it just needs to be complemented by the brand marketing,” says Sloterdyk.

“So as we get into 2021, I think the opportunity for us is to continue to figure out what that perfect mix is between transactional and brand messaging – ensuring as much as we can that there's always a perfect compliment.”

As it has grown, Koala has swung toward brand from a traditional 70/30 ratio favouring short-term tactics to 50/50 - and Sloterdyk is now at times flexing that to 60/40 in favour of brand.

“Every single day we see proof that brand and performance are intertwined. It's not black and white. There are shades of grey in everything. And in fact, brand actually fuels performance and propels performance in lots of ways.”

When brand and activation combine...

Nine’s Director of Powered, Liana Dubois, thinks that is a smart approach and agrees the balance between long and short – and ensuring they are complimentary – will be critical in 2021.

“Every single day we see proof that brand and performance are intertwined. It's not black and white. There are shades of grey in everything. And in fact, brand actually fuels performance and propels performance in lots of ways,” she says.

Meanwhile TV can help deliver performance, and digital can help deliver brand uplift – if done correctly and ideally in tandem. Dubois cites Hipages as an example of when brand investment can also drive performance. Integrating with The Block and advertising around it delivered immediate results – in spades.

“App downloads grew 23% against target, jobs posted were up 30% against target, and the dark horse that nobody saw coming was that tradies applying to be part of the platform grew 144%,” says Dubois.

But there were some unexpected results.

Research conducted by Adgile Media found the Hipages ‘lever’ integration “actually in isolation drove the least results in the immediate term”, says Dubois. Yet combined with an advert in the following commercial break, “that ad is 2.3 times more powerful at driving a performance-based metric. So Hipages in some ways is very much the poster child for brand and performance in unison,” she suggests (and Hipages CMO Stuart Tucker gives Mi3 the lowdown here.)

DDB's Leif Stromnes points to similar findings following research for McDonald's via Analytic Partners.  The consultancy found that: “The 60-second brand ad that doesn't talk about value for money or a singular product, but just talks to the McDonald's brand, is more effective at driving a short-term sales result than the value for money, rational ad that talks to the cheeseburger for $1.99,” says Stromnes. “The brand pays back in the short-term for McDonald's and it certainly pays back on the long-term as well – and we have the data to prove that.”

“I think that is true regardless of industry, regardless of what you're selling. The point is that consumers need to find something to connect with. And ‘value for money’ isn't really tangible in the way that we expect a brand to be in terms of something that you can connect with,” says Sloterdyk. “So I get really excited about the impact that brands can have on both short-term and long-term metrics. Almost any objective can be achieved through brand work when done well.”

That said, if all the elements are not aligned, even the best laid plans can backfire, says Nine’s Liana Dubois.

To get the inside track on when and why brand building has gone horribly wrong – driving sales for the brand’s competitor – you'll need to watch the video. 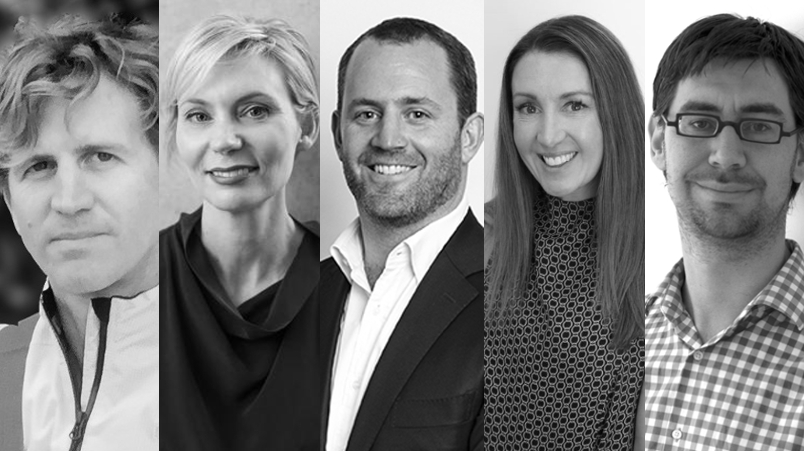