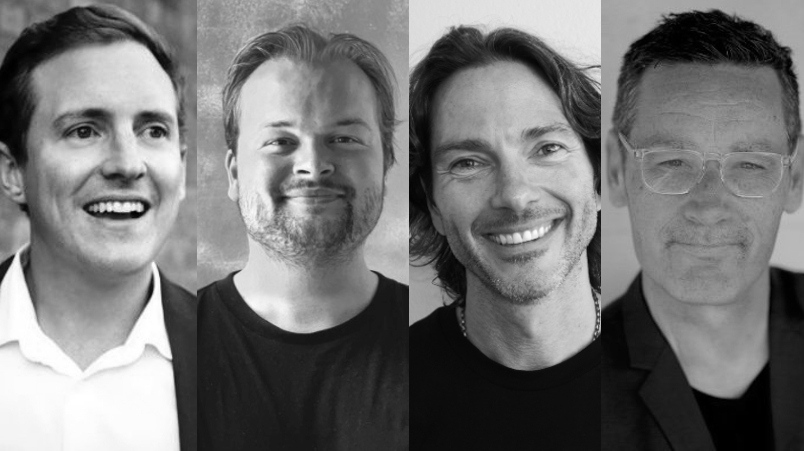 Global adtech investors turned on the sector about five years ago and fled. But now VC and private equity funds are back with big investment appetites and Australian ventures which broadly fall into driving the structural shifts across advertising, customer data, demand prediction and analytics are seeing a renewed surge in investment attention.

We kind of steered relatively clear of the adtech space in general because we've not seen many success stories or many cut through.

It was Ten13’s first foray into the adtech sector, which hit investor turbulence globally around 2016 as tech giants from Google to Salesforce, Microsoft and Adobe crimped opportunities for emerging new players to innovate and build scale. But investors globally have returned and a slew of Australian firms are seeing the interest here.

“We kind of steered relatively clear of the adtech space in general because we've not seen many success stories or many cut through,” Ten13’s Managing Partner Stew Glynn told Mi3. “There was a huge amount of capital flowing into adtech a decade ago and then things slowed down. It didn't play out as expected. What we saw was the majors emerged – the Googles and Facebooks have been where all the dollar spend went and other models were hurt. It killed everyone else. What we’re seeing now is probably a proliferation and things opening up. There’s been some changes of the guard.”

Glynn said Ten13 has looked at “quite a lot” of new players and “interesting opportunities coming through” in the past year. “I'm not going to name them specifically, but we're definitely seeing a lot around the death of the cookie and that general broad change has brought about opportunity.”

Where the smart money's headed

Ten13 was launched about 18 months ago and the fund wants to be the next Blackbird Ventures, the Australian VC company behind Canva, Eucalyptus and Culture Amp.

Even the signature Blackbird VC fund is investing into broader customer data startups, with a $33.5 million funding round earlier this year for Australian analytics and customer data platform, Lexer, co-founded by former M&C Saatchi Australian boss Dave Whittle along with Chris Brewer and Aaron Wallis. Whittle is a board director at Myer and Lexer counts retailers like Quicksilver, Billabong, The Iconic and Optus in its client portfolio.

“The funding deals recently announced in Australia are clearly aimed at expansion in the US and Europe and creating the next Canva,” says Duncan Craig, an adtech communications advisor across APAC at DC Comms.

“The hot areas are identity, privacy, CTV, mobile apps, video, customer data management and the programmatic service layers. These are the markets where the big players don’t need to bring innovation because they are sitting on sizeable moats. There are willing buyers in the major platform space – the global consultancies, advertising holding groups and private equity firms. That is building price tension into the mix that did not exist a few years ago. The other major tension is privacy, regulation, and life beyond the Google cookie. All of the smart money is being funnelled into start-ups that address these challenges.”

Craig thinks the advertising and marketing technology markets are also being buoyed by the rise in tech funding.

“Pitchbook, which tracks private capital markets, including venture capital, private equity and M&A transactions, has reported that tech start-ups have surpassed US$500 billion from US public listings in the year to September,” said Craig.

“The advertising and digital marketing industries are riding off the back of this momentum and belief that technology is taking over. In the second and third quarters of this year, there was a flood of IPOs in the adtech and digital media markets and now the gaze is fixed firmly on the funding pipe for 2022. Consolidation has been an investor theme for five years, however this time we are not seeing distressed asset sales. It is more about making growth plays to establish your place in the top three to five spot in a particular market. We saw this recently when Twitter announced it's offloading ad unit MoPub to AppLovin for a billion dollars in order to focus on building new products.”

Australian adtech and analytics firm, Adgile, which finalised a $4.5 million capital raise in 2019 with Raja Blue Media Holdings to expand into the US, UK, Singapore, Canada, Hong Kong and Japan, is approaching another funding round after recently striking a deal with Canadian TV broadcasters.

Adgile Chief Revenue Officer Craig Service said the initial raise proved the firm's ability to scale globally and that its content recognition tech could handle any language. "We also learned that the partners you choose when taking on funds are criticaly important," he told Mi3. "The Rajah Blue team provided us with much more than just funds. They have been – and continue to be – involved in helping us structure our business for international scale and growth."

Service said the next funding round is in "full swing, with a strong mix of VC, private equity and strategic investors" in the mix across ANZ and APAC, the US and UK, "which shows there is great interest in Australian tech from around the globe".

Likewise, Mutiny, which has created a SaaS automated econometrics platform, is generating investor interest – although its co-founders, Henry Innis and Matt Farrugia, initially opted for a funding injection from private investors from the advertising industry, including former Publicis and Ogilvy CEO Andrew Baxter and ex-Clemenger CEO Nick Garrett, to scale its cloud-based econometric modelling. The next funding round will likely court VC and private equity firms.

But Innis said Mutiny shunned early VC approaches because it wasn’t looking to raise a lot of money in the early stages of the venture, preferring the expertise and networks of connected industry operatives to expand the business.

“If you do that, you can prove out a much more sustainable model and investor capital and private equity groups tend to let you retain a bit more control. If you're raising capital on a large loss making business where there may be a high degree of uncertainty with the investment, they will ask for certain controls. And those controls might be the ability to approve hires which could mean that the business becomes quite dependent on their network. And there can also be quite restrictive terms about how you construct your next round of investment. We just didn't want any of those restrictions because we wanted to grow in our own way.”

Innis concurs with Glynn and Craig on the drivers for renewed investment interest in the sector. “If you look at advertising as an industry, it’s probably going through a significant bit of structural, regulatory and technological change. Markets are being digitised. It's easier to reinvent buying markets digitally

"All of those things that bring a level of turmoil in chaos tends to be pretty attractive to venture capital and private equity money, because they think that by funding and funding businesses that are highly disruptive, they might be able to get quite high growth.”

“There are solutions that have to be developed to meet those requirements,” he said. “These companies do sort of pop up and grow. And then they get eaten up by the bigger cloud businesses which acquire and add them into their stack."

The next big play could well be within retailer media. Former AFL star Brad Moran scored a huge payday after selling his start-up Citrus Ad to Publicis Groupe for $205m, with the French-owned network beating off VCs and other holdcos to land the deal in a sector that CEO Arthur Sadoun thinks will outstrip global TV spend by 2025.

While less advanced, a handful of other local retailer media technology players are now being sized up. If Sadoun’s on the money, further deals will not be far behind. 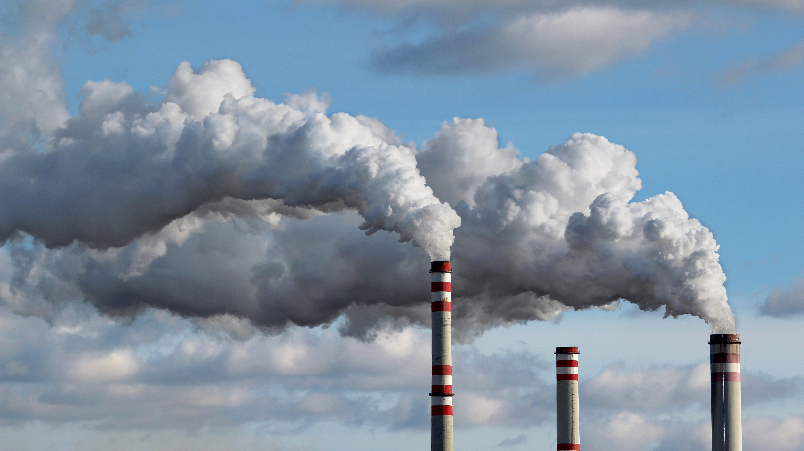 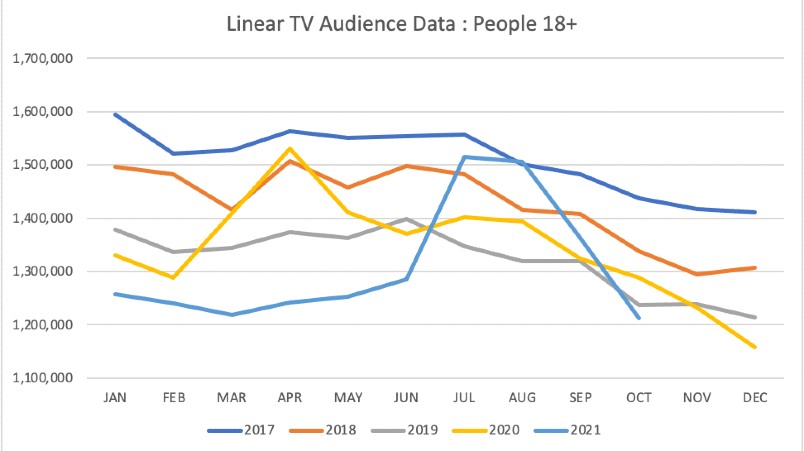 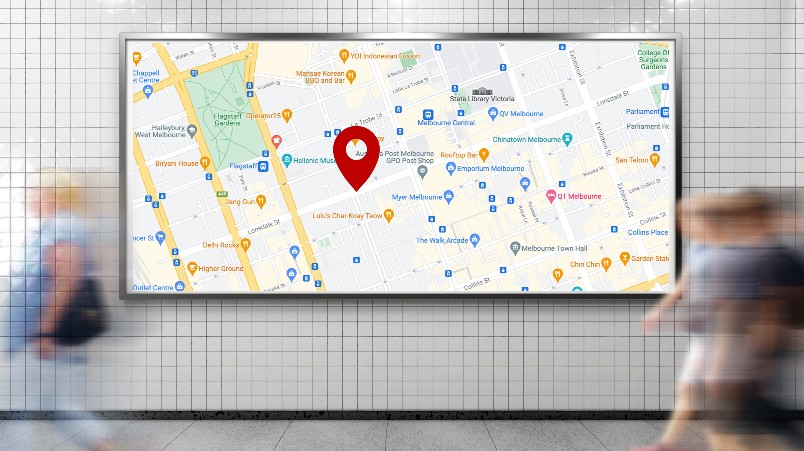