No more jazz hands: the 'fundamentally flawed' pitch process gets a rethink as COVID cramps chemistry 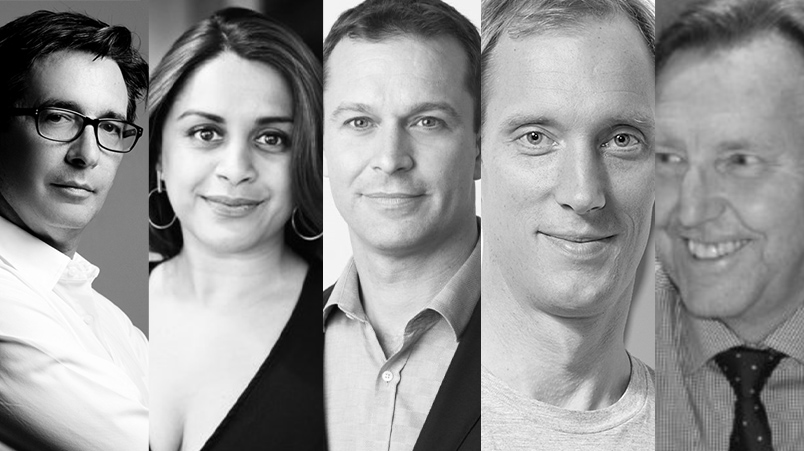 Share Bookmark
The "song and dance" that was once central to the pitching process has stalled. As COVID limits travel, the "pitch" has faced its "fundamentally flawed" process. Brands like Spotlight, Kmart and Foxtel have forged new paths to find suitable agency partners but has the pandemic amplified trusting relationships or simply saved on costly and time-consuming procedures?

Acknowledging that there is no better solution at this stage, Jarrett and his team have pressed on with the neverending cycle that consumes much of the industry's attention.

PHD was good enough to snag the $39 million Spotlight account from Nunn Media in Melbourne during the lockdown period.

While Jarrett explains that 70% of the work had already been done prior to lockdown, the final presentation, like many others at this moment, was conducted digitally.

However, while there has been successes, there has also been areas that have become challenging - namely the famed "chemistry" of a pitching team.

"You've got a challenge now where you're not going to have that chemistry experience and understanding of how people get on and interact where you build those relationships during that pitch process," Jarrett told Mi3.

"It really is an interesting dilemma for pitching in COVID, because the main advantage of the pitch is lost because of that. So do we need to reconsider it all together? It remains fundamentally flawed regardless."

The ditch the pitch concept has been ongoing, led by Initiative Global CEO Mat Baxter. What Jarrett says is something different.

He argues that this is the time for marketers and agencies to work more closely and instead of wasting time and resources, collectively find solutions to pain points in the relationship.

"The first port of call, regardless of COVID, should always be to resolve issues between the two rather than a marketer pitching in the hopes of getting exactly what they want," Jarrett says.

"Yet with the current situation, it almost doubles down on the need to try and work together, as it becomes even more difficult to make a judgment through a pitch process when there are extenuating circumstances such as these."

The media agency boss also says there's an argument to be had around no longer calling them pitches at all during this stage.

He says with the absence of all the "singing and dancing" that comes with the pitch performance, the industry is left with a more direct, detail-driven conversation.

"The whole thing has become far too diluted now without the theatrics of a pitch," Jarrett says.

"We should be moving to a series of meetings that outline business objectives more clearly and what we're seeing is that success is being driven by how an agency's capabilities address those, rather than what bond we can develop during a three-hour presentation."

Trinity P3 Managing Director Darren Woolley and his team have been running several pitches along those lines.

He has opted to run several shorter one hour meetings that force agencies to consider lateral thinking, ideation and effective communication over "a couple of big stunts".

"Those that are leaning into this are the ones that are having the most success because they are still creating chemistry between them and the client just by proving a deeper knowledge of the brief and objectives," Woolley says.

"If you think that agencies aren't creating that chemistry you're wrong, it's just more driven by substance, knowledge of the hard numbers and how well they articulate understanding of business solutions.

"As a metaphor, it's less about the partner who brings you flowers and chocolate and more about the one who listens, is sincere and shows you genuine interest."

Slice off the jazz hands

One agency with a unique success story during the COVID pitching period has been independent full service shop The Hallway.

Last month, the agency was appointed to the media and creative accounts for Foxtel's newest streaming service Binge, while also picking up similar duties for its sister sports platform Kayo.

The Hallway further strengthened its media offering, appointing experienced executive Lyndell Sawyer as its first Head of Media, with more appointments to follow.

The Hallway Founder Jules Hall told Mi3 what Covid has highlighted when it comes to the pitching process is the value of existing relationships.

He says the agency's most recent wins have all come off the back of previous conversations and professional interactions.

"While we hadn't directly worked with some of our recent wins in the past, we'd crossed paths or done project work," Hall says.

Hall says that it's relatively easy to engineer that "level of pizzazz" but says it's no longer the basis of what becomes a successful partnership.

The idea of the "chemistry sell" should be coming to an end he says, as marketers are faced with communications problems the "likes of which have never been seen".

Halls says the one thing that has changed because of COVID has been speed.

Because of the climate that clients are operating in now, he says "fast, efficient and non-nonsense" solutions are the currency marketers are forced to trade off.

"We've seen that in our own operations. With people unable to sit around and bounce ideas back and forth, our teams now need to come to solutions quickly - because when you're on a video call there's now this underlying push to come to a point or conclusion a lot quicker than before," Hall says.

"It's an odd by-product of the situation but when there's less chit chat and you're presenting to only slides and the client looking right back at you, the resolution to a business problem needs to be clear, concise and sharp."

Hall says the experience has also seen a more empathetic approach to the pitching process, with kids walking into rooms "asking for lunch".

However, it's not been without its faults Enth Degree CEO Graham Webster argues.

"Sure there's been a more relaxed demeanor but it has come with some pitfalls, as agencies in some cases have gone a bit too far down the ad-lib path," Webster says.

"This has seen the concept of 'theming' a pitch go out the window, a change in what is considered professional attire and, in one case, there's been people eating bowls of food mid-way through."

Webster says there are still the basic levels of courtesy and respectability that should be adhered too.

Still a need for elevator moments

Another agency that managed to bag a big fish during the Covid pitching run has been DDB Sydney, which scooped up the lucrative Kmart creative account.

This was one of the pitches that had people talking. Running during the height of the pandemic, the brand and agency found themselves facing blocked borders between Kmart's Melbourne base and DDB's Sydney locale.

However, the two also caught a break, as the short-lived window of the shared border opened.

"This year has challenged us to rethink how we approach a pitch and explore new ways of proving the power of creativity. That said, I don't see virtual pitching becoming the default," Patel says.

"Choosing a new agency that will hopefully be a partner to your business is as much an emotional decision as rational. It's often the micro-moments in the elevator after the meeting that creates the real connection."

Patel says face-to-face pitching is still always the preference, as good human relationships are the "bedrock" of a healthy, long-term partnership.

She says a significant portion of the pitch is decided on the chemistry between the agency and client but adds that there has also been a noticeable shift in the outcomes marketers are hunting.

"A few years ago, there was a shift in what clients were prioritising; they went from caring about creativity, long-term brand building and the growth that it has proven to deliver; to becoming obsessed with data and technology platforms," Patel says.

"We're happy to see a swing back in the pitches we've been a part of this year with clients asking for and backing enduring brand positionings. Of course, this thinking can and should live across every customer touchpoint and absolutely leverage technology. "

Pitches rev up, budgets buckle but don't get too comfortable

Webster says while there has been a slow down for some across the industry, his consultancy has begun to see a new wave of brands ready to reassess their agency partners.

In recent weeks, he says there have been a run of clients that have re-engaged with the business or new ones that have come on-board.

"It's become clear marketers have switched back on and recognised that just as they couldn't hibernate spend forever, nor can they do the same with pitch considerations they had in place prior to COVID," Webster says.

"There's those who have realised the need to get moving or risk being left behind and they are the ones ready to accept the new pitching parameters and forge ahead.

"Brands can't afford to stick their head in the sand in any aspect of their communication planning and having the right agency partners is no different, especially as many start recovery planning."

Webster says that while there may be some changes to the way budgets are invested across media channels, it is unlikely that there will be any major, long-term cut backs.

He says clients who are smart will continue to look for agencies providing a "good product at a fair market price".

"It's not about screwing down agencies on price, at least not for the marketers who know that it never yields the best work for all parties involved," Webster say.

"Also given how media owners are discounting in some areas, there is still the understanding that things will snap back, as will pricing and media spend."

Jarrett says differently and argues there could be clients formerly with $50 million budgets that could be cut back to $35m, however, the same could be said conversely for clients who have been fortunate enough to prosper during this period.

"It's going to fluctuate on the economic modelling for each client and there are some obvious clients out there that will have a long road ahead of them, which may need to reconsider their overall budget," he says.

"Just as there are sectors who are performing well during this period that may be recognising new opportunities ahead of them and might up their budget the next time they pitch. It's a complexity that will only become clearer as we get a clearer picture of recovery."

Post-Covid, American Express has slashed its ad campaigns from eight to two and recycled the budget into product and loyalty....