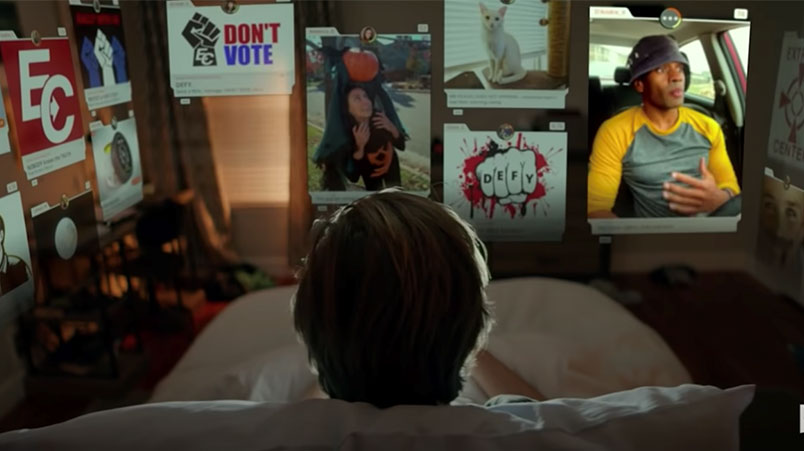 Netflix's The Social Dilemma (watch it at all costs). Advertisers must contain Big Tech, yet have almost entirely funded its growth.

If you read nothing more of this, put 90 minutes in your diary now to watch the The Social Dilemma on Netflix, a confronting documentary-drama which last week was ranking in the global top five for the streaming service. It’s triggering much private conversation across Australian (and global) industry because it features Silicon Valley tech industry leaders who are now scared, literally, about the social, societal, competition and innovation consequences of the advertising-funded, attention arms race they helped weaponise for the 21st century. Book it in your diary. I’ll wait…

An op-ed a month in the making

On Monday 16 August, Google blew up on the Australian Competition and Consumer Commission (ACCC) and Federal government’s plans to strike a mandatory code in which it and Facebook would have to pay Australian media companies for the content they carry across their platforms.

The issue has splintered and muzzled the industry. It's a tough one because the ad-funded tech duopoly, with market valuations approaching a trillion dollars each – combined they are bigger than the Australian economy - are now central to the entire marketing, media and advertising supply chain here.

It’s been well-documented that Google, followed a few weeks later by Facebook, launched a public information campaign to mess with the public mind with claims its “free” services were "at risk" because of plans by the Feds to make them pay media companies for some stuff. Some of it very important stuff.

Public trust in Google or the Feds? No-one dares say

Beyond the immediate coverage Mi3 planned on market reactions to the brazen move by Google to take on the Feds and the ACCC, similar in intent to the mining sector's success in skewering former Prime Minister Kevin Rudd's resource super profit tax in 2010, I wanted a sense on which way public sentiment would fall on Google’s public lobbying effort. Would public trust in tech companies be greater than media or government and its institutions?

It hit home when I received a text from a tradie friend being hit from all angles with Google’s “Open Letter” to Australians. “Would love your thoughts on what’s happening with this shit,” he asked with a link to Google’s Open Letter. “Got this when I was about to search.”

In the following days, I approached numerous consumer research companies for their take. It was a brick wall of silence. From large quantitative research outfits we all know to smaller, local qualitative firms and even the market research industry’s peak body, no-one wanted to play.

They were either working for Google or the territory was too hot. The code was by speaking up they risked not ever being on Google’s payroll or just did not want to poke the bear. (Notable exceptions on this front were The Owl Insights’ Matt Sandwell and The Brand Institute’s Karl Treacher, both, with caveats, leaning to Google’s superior communications prowess and network reach to outplay government. And because the effort required by the Australian public to comprehend the complexity was too great, given other events like a pandemic).

The reticence from most of the research sector reminded me of a conversation with a partner at a Big Four consulting firm a few years ago over a theme I wanted to explore as the moderator for an industry conference panel – he agreed enthusiastically the topic was important but wouldn’t go there because Google was a client.

After failing spectacularly to glean an array of views from the research industry in the first week of Google’s August salvo, I went public on LinkedIn to enlist corporate communications and public affairs specialists. It was their sweet spot, I figured. They’d pile in with a view.  Same story. Mostly silence.

Indeed, one industry exec told me last week that a public comment he made triggered a flurry of private messages from industry peers warning him of the risks of future work with Google because of his statement. More industry lambs had self-censored.

Which gets me to the peak industry associations.

I know many of the people in there – most are decent but are blinkered by the economics of survival. Some, in my view, are myopic on the consequences of the global duopoly and remain advocates – more on that later.

The duopoly and the industry dilemma

Very few are comfortable publicly engaging in a debate that might challenge the tech duopoly and here's the rub: Google is on the board of the Australian Association of National Advertisers (AANA). Facebook is on the board of the Association for Data-driven Marketing and Advertising (ADMA); Google and Facebook have partnerships with the Advertising Council (formerly the Communications Council) and Google and Facebook are on the board of the Interactive Advertising Board (IAB), which one board member told me means the peak digital advertising body is all but neutralised on taking a position regarding the ACCC’s proposed code. “We can’t touch these topics,” the board member told me. “They are issues the IAB can’t deal with. The IAB can’t have a position on this code.”

The Media Federation of Australia (MFA) doesn’t have direct board representation from Google or Facebook but, like much of industry, has used the boardrooms and events space at Facebook's lavish headquarters atop Sydney’s Barangaroo.

Many, understandably, use Facebook’s circa $4m state-of-the-art studios and entertainment facilities to save money they don’t have. There’s also the elite Facebook Client Council, which has some of Australia’s biggest brands, CMOs and agency groups around its table.

Agency groups of all types, meanwhile, strive for status as a Google “Preferred Partner” to showcase their digital and innovation prowess.

The point? Industry at large has collectively become reliant for survival on two Silicon Valley advertising giants pulling $4.6bn from the Australian advertising market with complex – and legal - international tax-avoiding structures. The reliance is simply a by-product of two companies being too dominant.

In a media context, it's why the Federal government and the ACCC are moving. There are protests aplenty about the policy being misguided and a sort of Government-Murdoch-Costello plan to prop up big, old media regimes; that a more independent and diverse media policy would be better served by some sort of digital tax that went into a collective pool to underwrite journalism. The French tried that last year. That really worked, right? It's still worth trying, but it seems to me that vocal parts of the industry would prefer to see Google and Facebook's profits and power protected over media companies because they are simply better. They are not.

The pressure Google and Facebook now have in the Australian market is sometimes explicit but not always.

Like the “anticipatory compliance” that former News Corp executive Bruce Dover wrote of in his book 12 years ago about how Rupert Murdoch influences his editors (met with strident disagreement from the company), much of the marketing and advertising industry is facing a similar challenge in their dealings with Google and Facebook. (Rupert's Adventures in China: How Murdoch Lost A Fortune And Found A Wife.)

Which gets us to News Corp and Big Media in the current ACCC smash-up.

There are many in adland who are, paradoxically, aghast that the government’s street fight with Big Tech will benefit what they see as old, lumbering media institutions.

Certainly, more progressive types are horrified that what they see as the climate change-denying agenda from the Murdoch machine here and abroad will be funded by Australian government policy; that socially divisive editorial agendas will be propped-up and that both the strong-arm and covert tactics used to entrench or bring down political parties and leaders will continue.

These are valid arguments which should be – and are – debated. But they are paradoxical protests because Big Media critics fail to see the very same danger that is already here with Big Tech. Or simply won’t speak out. They are being played.

Somehow, the critics of Big Media and the current ACCC bargaining code have convinced themselves that editorial manipulation of the public by editors in the advertising-funded arms race to get consumer attention is less of an evil than human-less, AI-fuelled algorithms from Big Tech. To be clear, Facebook and Google are fracturing civics and politics, propelling an outrage culture, increasing teenage depression, self-harm and suicide and doing more, faster to consolidate global advertising monopolies and stifle innovation than any legacy media group has ever managed. We're in a classic boil-the-frog in water scenario.

No question Big Tech has brought about some impressive change and benefit. But to believe they are fundamentally better than the industries they are usurping is at best myopic and at worst, negligent.

No question, legacy media companies have been too slow, had too much swagger and arrogance and continue to engage in short-term, self-serving antics to smash direct competitors while failing to collectively tackle the tech barbarians at the gate.

But many of those legacy media characteristics are simply shifting to the new tech players with greater velocity and heavier consequences.

They are not better and, I think, more profoundly problematic.

I have plenty of reasons to turn on the sometimes brutal approach of News Corp and the past Machiavellian and petty politics of the former Fairfax Media regime. I’ve been royally shafted by both at various times in the past 20 years of my career on the mastheads.

But, for all the wayward media behaviour and conniving by even my journalist peers at times, what we face now from Big Tech is far more unsettling. For many, though, apparently, we are a better, smarter, more robust, diverse and innovative Australian industry for our new (global) monopolies.

We are being romanced by gigolos. This is not a sweeping slight on the individuals inside these organisations – although many are comfortably numb – but a challenge to the collective, the culture and the consequences of Big Tech.

What now for Australian media, adland and the tech bullies?

Enough of the philosophical indulgence. If you’re still here, well, thanks. Here comes the social media inspired fast sugar hits on where we are at:

Brent Smart’s move to break ties with the social platform’s elite industry advisory board in Australia is significant - it’s...

McDonald’s CMO Jenni Dill has called time on her four-year tenure, with all manner of rumblings on why the quick exit.... 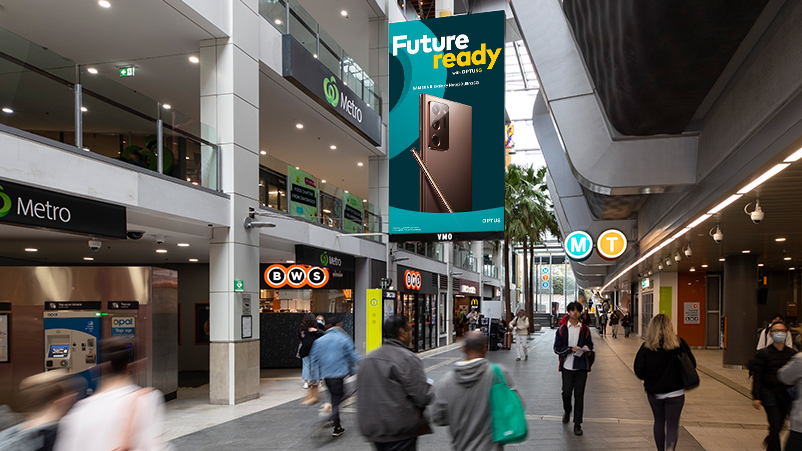