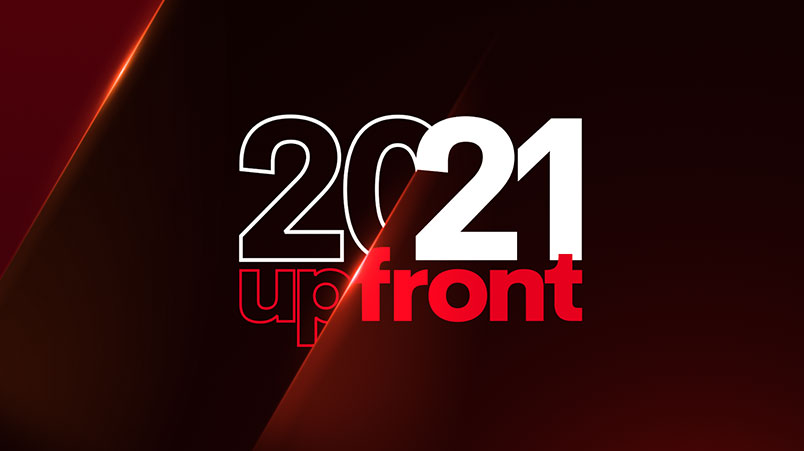 Seven's Nicole Bence: “We’re yet to name a credit card partner, which is one of the really key ones that allow us to delve deeper into the transactional behaviour of our users. That's an important one to look to next.”

Seven’s first party data catch-up requires it to capture more than 90,000 new user IDs every week from here to February 2022 to hit its goal of 11m signed-in Australians. To bridge the people-based marketing gap, it’s also wooing second party data partners; a credit card provider would be ideal. From a data perspective, the network’s Upfront plans are refreshingly honest. As for programming, with MKR ‘paused’, what does Seven still have cooking?

As the world moves away from cookies, tracking and third party data, broadcasters and publishers are pushing harder into first party data-matching in a bid to provide a premium alternative to the tech-data titans of Facebook and Google - the latter faced a US Department of Justice antitrust case and the possibility of a structural break-up this week around its online search monopoly.

Outside of Big Tech regulatory threats, brands appear equally keen to prepare for the cookie end-game, and as broadcast and digital worlds converge, they seek measured and verified user IDs to enable ‘people-based marketing’, the industry’s new grail.

In one of the final television upfronts for the year (only SBS remains), Seven outlined its strategy to embark in earnest on that path.

In the meantime, it plans to use second-party data, i.e. data owned by others that have collected it directly (see Mi3's data explainer at the end of this story), alongside its own first-party audience identifier (SWMID).

But Seven knows it is playing catch-up.

Whereas Nine from the get-go in 2016 forced users to log-in to view on-demand content and has amassed 13 million unique user IDs, Seven was reluctant to put barriers in front of eyeballs and advertisers. Its optional approach, yielding 5 million IDs, now poses scalability issues.

“We have plans to generate a further three million new, signed-in and verified users by the beginning of the 2021 Tokyo Olympics, which commence in July. We've added 150,000 this week with SAS Australia ... so we are confident we can achieve those figures.”

The network knows it must put the pedal to the metal. Chief Revenue Officer, Kurt Burnette, told Mi3 it is planning an Olympian effort, literally.

“We have plans to generate a further three million new, signed-in and verified users by the beginning of the 2021 Tokyo Olympics, which commence in July,” Burnette says.

Seven will require viewers to log-in to view the bulk of Olympics content on 7Plus. While he thinks that will contribute to amassing those coveted IDs, Burnette hopes the bulk of anticipated growth will occur before the global event kicks-off.

He points to the launch of Seven’s latest tentpole program, SAS Australia, as an example of how quickly Seven can gain ground in the first party data race.

“This week we’ve already gained a further 150,000 new unique users, many of which are in the difficult to obtain male 18-39 years old category, so we’re confident we can achieve those figures,” Burnette says.

Longer term, the network has set itself another Herculean target: By the launch of the Winter Olympics in Beijing in 2022, Seven wants to be at 11m log-ins, or thereabouts.

Whether Seven can achieve those targets, time will tell. But Network Digital Sales Director, Nicole Bence, suggests that while size is important, quality is paramount: She believes client success ultimately boils down to having the most accurate first-party data and second-party partners.

“Scale is only one part, and not always the most valuable. If we are to effectively provide the right level of insight and verifiable data for clients, there needs to be established relationships with high quality, commission-based, data partners,” Bence says.

“We’re yet to name a credit card partner, which is one of the really key ones that allow us to delve deeper into the transactional behaviour of our users. That's an important one to look to next.”

The SWMID is the network’s unique identifier for Seven audiences. Seven claims it is now associated with a multitude of data points, including consumer viewing habits location, brand affinities, purchase insights, sentiment and more.

On top, Seven overlays data from second-party providers such as TEG Analytics’ (TEGA) dataset, which uses the data of 16 million active Australian ticket buyers and Wesfarmers' and Coles' joint venture, Flybuys, which holds a trove of shopper data on 8.6m Australians.

However, Bence admits Seven will need more data to close the gap.

“We’re yet to name a credit card partner, which is one of the really key ones that allow us to delve deeper into the transactional behaviour of our users,” she says.

“It opens up the door, not just to the obvious shopper purchases but those with automated payments for insurance, service providers and other key areas of expenditure. So that is an important one for us to look to next.”

One senior executive at a global data company told Mi3 that much of the pressure on publishers for 'people-based marketing' is partly driven by a need for strong attribution and measurement around their investment.

“A lot of the questions come back to whether these unique IDs can be tied back to footfall in-store, online conversions or the average increase in order size” they suggested.

“In some instances, brands are pulling back on their investments into these channels because they lack the ability to adequately measure the impact an ID has on the customer journey.”

Bence says Seven is already working towards solutions and partners that endeavour to prove the impact IDs have on both linear and digital metrics.

By way of example, the network highlighted a recent campaign for pre-made foodservice Youfoodz. Seven partnered with TVSquared, a platform measuring impressions, reach and outcomes across linear and digital TV.

Looking at the BVOD element of the campaign, 26% of website visits were driven on the same day as 7Plus exposure, with 33% one day after and 30% two days after

Per the case study, a further 27% of customers completed a transaction and for every dollar spent on BVOD advertising, Youfoodz gained 281% ROI.

To ensure data security, Burnette said the firm will give brands a ‘plug and play’ option, whereby they can plug into and match encrypted addresses of their own with Seven’s data through the use of a ‘safe harbour’.

“We are working with providers to ensure that no matter what tech stack you are using, you can plug into our data solution with hashed emails and still match with our offering,” Burnette says.

“There is a lot of concern over [security of] personally identifiable information at the moment, so strengthening our ability to protect that for clients is vital to proving our value.”

“That Seven are willing to share their plans openly without unveiling a magical black box or claiming exclusivity is refreshing. They've not overstated reach nor capabilities regarding their numbers; they do not over-promise real-time activation using 1:1 data.”

“That they are willing to share their plans openly without unveiling a magical black box or claiming exclusivity is refreshing,” Brinkworth says.

“They've not overstated reach nor capabilities regarding their numbers; they do not over-promise real-time activation using 1:1 data, yet they are clear on how these partnerships help brands and agencies with validation and enrichment of logged-in users for near-real-time usage,” he adds.

Brinkworth’s comments around exclusivity may allude to Nine’s upfront announcements regarding people-based marketing.

Last month Nine and Adobe touted Audience Match, and agreement that enables blue-chip marketers to load their CRM databases into Adobe’s Audience Manager and Experience platforms to target and personalise communications across Nine’s 13 million registered users across its media assets.

“The scale and getting into premium Australian content is where the interest lies. We haven’t previously had that with YouTube and Facebook, so there is a lot of interest from clients,” OMD's National Chief Investment Officer Melissa Hey said of the Nine-Adobe alliance.

Coles CMO Lisa Ronson told Mi3 that these new initiatives would "absolutely" adjust the retailer's channel mix. "People-based marketing will force brands to be more customer-centric and really think about how their above-the-line works with their below-the-line communications. And I don’t think that’s a bad thing at all.”

The new data arms race is on.

Other takeaways from Seven’s 2021 upfront include:

A quick recap on different types of data, in case of any (understandable) confusion:

The comeback kids: TV surges back to growth for December quarter as digital leads recovery, supply tightens
28 days later: Why Facebook’s flip-flop on attribution should make advertisers question everything
As brands create turmoil boycotting the US TV upfronts, the lesson for 2021 starts here
Breaking silos: the volatile path to converged advertising platforms