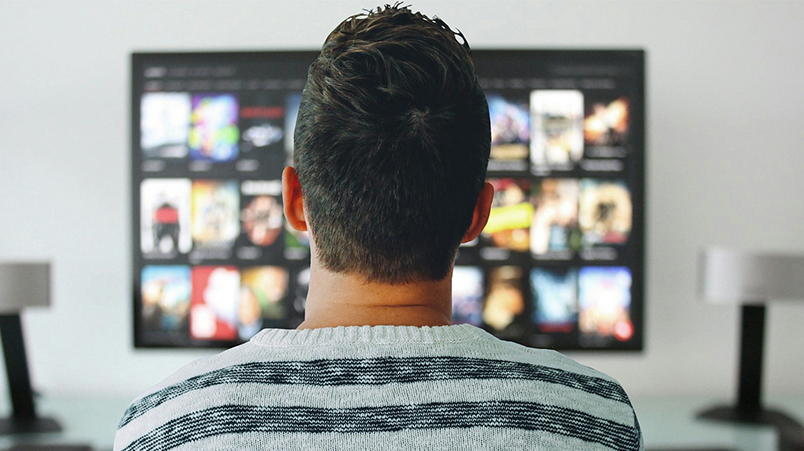 Nine sales boss Michael Stephenson: “It's not just about striking a rate or CPM. Of course, that needs to happen, but that's the transactional part. Brands need media partners to work alongside them as they navigate through the current situation."

The long-touted move by the TV industry to find its digital mojo and create a combined audience trading currency for linear and digital, called VOZ, has hit delays and roadblocks. Facebook and Google are twitchy about the TV sector finally combining the might of free-to-air with digital assets in a single audience view but some agency frustration is growing as early panel data starts flowing.

Are we there yet?

"This has been going on for years, sizeable as it is, you have to understand the frustrations," an industry insider told Mi3 this week.

Referring to the ongoing battle to reach an industry-accepted, tradable, currency for the entire TV sector - known as VOZ - agencies have once again questioned the delays in achieving the goal set out four years ago.

The issue is back in the limelight as media agencies across Australia get their first look at the extensive data panel created by OzTam.

Preliminary test data will be rolled out across the major holding groups and participating indie shops over the coming weeks.

One industry insider told Mi3  there was "no chance" agencies could handle the amount of data that comes with VOZ.

"If the issues around the data implementation can't be resolved quickly and efficiently, simply put, agencies are going to turn around and say f**k it, we don't want it," says the executive.

"It's not cloud-based and it is an additional cost to their businesses. When players like Google hand out its data sets for free, how can anyone expect agencies to not be over it?"

In response to the claims around cost, OzTAM CEO Doug Peiffer hit back.

He says there is no additional cost for those already subscribed to the metro and regional data.

"Let's knock this on the head - there is no additional cost to anyone who is already subscribed to the metro and regional ratings systems, that's just not true," Peiffer says.

"However, you must also have both to access VOZ data as well, so there is no backdoor entrance to it."

Peiffer also says the data will be merging onto a cloud-based platform but added that OzTAM was only tasked with the engineering of the panel. Third-party software companies are responsible for integration.

Publicis Media Commercial Director Jodi Fraser says the main issue with VOZ is that it only offers a planning capability for TV and BVOD - something that most agencies can already do on other platforms.

She says it is still a considerable way off from being in its "most useful form" and that it could be until as late as next year before it is widely adopted.

"All agencies have planning tools that can do that and most do that for all video not just BVOD, so you're left with a product that ultimately won't be picked up by a lot of agencies until it can offer post-reporting capabilities," Fraser says.

"This was the exciting thing about it initially, being able to prove out the effectiveness of the two channels as part of an overall video buy - we can already show that TV and BVOD delivered separately now."

Fraser says this is where BuyTV, formerly known as MARS, will be the answer.

The unified demand-side buying platform (DSP) for the commercial networks, announced last year at Nine's upfronts, will provide media agencies with a single interface to buy television across platforms and broadcasters in the Australian market.

However, Fraser argues that there are still issues surrounding its development, which will likely only further put agencies off using VOZ more widely.

"It really relies on having a central platform for all agencies and yes that is a complex and significant undertaking, with OzTAM doing its part but as agencies, earlier consultation was needed," Fraser says.

"Hats off to Doug and the team, there was no way he could have known how large this data set was when this began but we need the solution. The truth is it's something we all want and there's no agency that isn't backing the concept of a universal trading currency."

Chris Walton, managing director of one of Australia's largest indie agencies, Nunn Media,  says for his team the VOZ conversation has completely "fallen off a cliff".

He says since one of the most recent briefings that took place in February this year, the conversation has died down to the point of questioning "is it still happening"?

"When you haven't heard it mentioned in such a long time, you begin to forget about it all together and as a planning tool there are, currently, bigger issues at hand," Walton says. "Regardless, there has been a lack of communication over its future, at least from our position in the agency landscape."

"Additionally, you're still only getting an incremental reach on what is already covered by linear TV. BVOD (Broadcast Video On Demand) is more expensive on a CPM basis so we're not as concerned. Some direction is needed from a trade marketing standpoint at least."

Vizeum CEO Ashley Earnshaw says agencies need to "think laterally" when it comes to VOZ, pointing to platforms such as Nine's Galaxy and MCN's Landmark (now Foxtel Media) as examples of products that didn't have early universal adoption.

He says the same argument can be made for VOZ and BuyTV.

"When automation came in, whether it was Landmark or Galaxy, there wasn't a full market adoption but it gave agencies the ability to do progressive work for clients and in some cases overlay data with it," Earnshaw says.

"The same is true for VOZ. It's probably optimistic to think that the whole market will pivot on to using the data as a standard."

He says in an area of "ever more increasing justification" around premium and cross platform initiatives, VOZ remains useful for agencies and their clients.

"It's becoming a universal currency guiding the entire market TV and BVOD is probably some way away. But I think in those areas of premium sponsorships, for progressive clients and large volume clients there's enough to justify it being meaningful data," Earnshaw says.

"There are of course frustrations and it has been something that has taken a significant amount of time, but those clients that ultimately want more out of their TV and video buy will still see this as a positive step forward."

Magna Global GM of Investment Nick Durrant says there is a school of thought that the "life cycle" of the VOZ conversation is potentially changing.

Depending on how agencies see BVOD and how they use first party data into the future, he says addressable advertising could significantly limit the value of VOZ, even as a reporting tool.

"When you're playing in that world, how relevant is that reach and frequency tool? And so the more we start to play there, the less importance that has. However, VOZ remains the right thing to do at this point but if it starts to take more than a few years, it might age itself out of relevance to the industry entirely."

Nine's Head of Operations, Sales, Warwick Sharp says all the feedback he has recieved from agencies was of "complete understanding" of the circumstances.

He said many had expressed a certain amount of "relief" given the amount of work they had to focus on during the initial months of lockdown.

"We remain absolutely backed into the BuyTV solution and the importance of delivering it remains just as high as it was prior to COVID," says Sharp. "We we are in the process of rebooting that now."

"It's important this isn't rushed and the final approvals that OzTAM need to progress the build of what will be the final production database is only a couple of weeks away. It's very much on track."

Ten's Chief Sales Officer Rod Prosser told Mi3 that the broadcasters remained in direct conversation with the MFA, OzTAM and the Premium Content Alliance and was confident that early test data would prove the value of VOZ.

"The truth is there has been a pause placed on its development, for good reason, but what we are hearing from the agencies is positive feedback that the data is meeting what we committed to providing," Prosser says.

"Secondly, while there is still work to be done, all the broadcasters will remain committed to providing the best DSP possible for the industry."

While industry sources claim the likes of Network 10 and Foxtel have been hesitant to engage with the proposed Nine plan, Prosser argues that it is more about finding the best product as swiftly and effectively as possible.

He says there are still open conversations and that a focus on keeping the product "independent" is vital to its adoption.

Multiple agency sources have told Mi3 that one of the more interesting elements of the VOZ debate has been around Facebook and Google.

The two digital players have become increasingly more interested in how the platform is evolving, questioning agency partners and probing for further updates.

Publicis Media's Jodie Fraser says it makes sense for Facebook and Google to have concerns around VOZ, as the two have been trying to position themselves in the TV market with the launch of Watch and YouTube produced series.

"They're not included in this and won't be, so it's a measurement tool that can be viewed as dangerous for them as it shapes the way that 'premium' video is traded," she says.