Agencies and advertisers: One week left for your ad to land a Logie 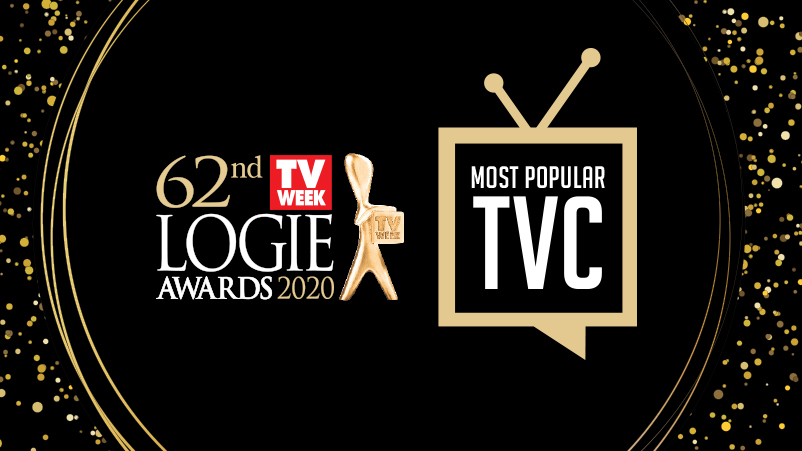 Agencies and advertisers looking for something to celebrate have just one week to enter their ads into the Most Popular TV Commercial category for the 2020 TV WEEK Logie Awards.

Ads that have run on free-to-air, subscription TV or a streaming service during 2019 qualify to enter - and all agencies and marketers can submit work.

Those that make the 31 March deadline will then be whittled down to a 15-strong shortlist by an expert panel.

Kim said she is hoping to see the ads that made her laugh, cry and curse in the line-up for judging. She said “It’s simply impossible to deny the fact that some of our favourite, and famous, TV moments are about the ads. In many ways the ads reflect the way Australian’s think, feel, hope and dream at any given point in time, so who wouldn’t want to be part of the fun whether its brands, creative agencies or both”.

Russel is also looking forward to seeing the work and stressed the relevance of these awards. “Without advertising our television viewing would become rapidly expensive - and limited. It's super news that The Logies have decided to recognise this and reward the best advertising of the year.”

Ultimately though the judges will be the Australian public who will cast their votes online. The three finalists with the most votes will take home both the coveted statue and a $100,000 Bauer Media advertising package. The winning commercial will also be announced during the 2020 TV WEEK Logie Awards.

“We had a great response last year from agencies and advertisers across the country when we introduced the Most Popular Television Commercial to the TV WEEK Logie Awards for the first time, so we’re delighted to be bringing it back in 2020,” says TV WEEK Publisher Fiona Connolly.

The Most Popular Television Commercial award puts advertising on a pedestal, where it belongs.  Give the public the chance to agree with your creative instincts. It is the final days to enter, with entries due by midnight Tuesday, March 31.