Ray White marketing boss on the ‘quick shift’ from old school to digital marketing, why above-the-line isn’t vital and franchisees are loving it 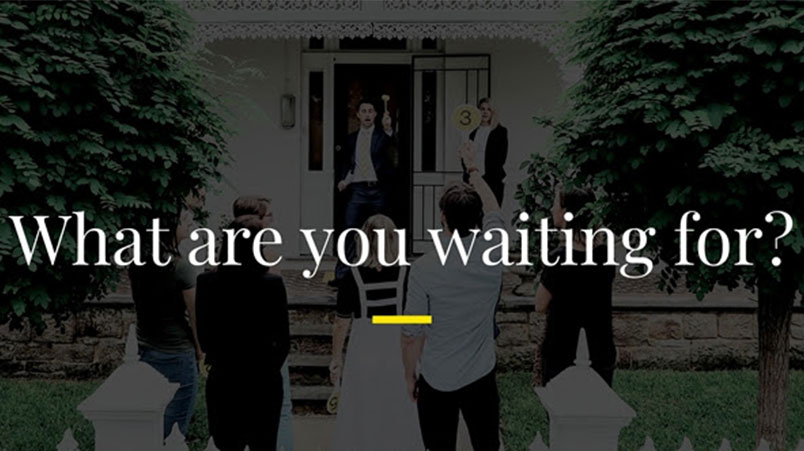 As one of Australia’s largest real estate businesses, Ray White was forced to swiftly ditch its long-time traditional marketing approach, including ‘old school’ mailbox drops. The company quickly invested heavily in its digital and social media channels as COVID restrictions forced the business to adopt a day-by-day communications strategy. Ahead of its busy spring selling season, marketing duo Todd Alexander and Natalie Hortz explain how widespread franchisee adoption of campaign assets has led to a boom in live auction listings, registered buyers and pre-approved loans.

Leaving behind the letterbox drops

Once expected to be one of the worst hit sectors as a result of the COVID pandemic, the real estate market continues to hold firm in the face of economic downturn.

Statistics from property data and analytics firm CoreLogic’s monthly home value report showed a 6.34% year-on-year increase in value for properties across the five-capital city base for August.

However, the ongoing debate regarding Australia’s property value centres around government funding and the extension of the country’s JobKeeper and Seeker schemes.

A report from Westpac's Chief Economist Bill Evans and Senior Economist Matthew Hassan this week said property was likely to see a dip of 2.3% in prices from April to June 2021, the months that immediately follow the end of the two wage subsidy schemes.

Taking what it admits is an a “bold and aggressive” tagline of “What are you waiting for?”, the 12,000 agent-strong brand has had to deal with a major shift in its marketing strategy since the start of COVID.

“We had to throw a lot of our 2020 campaigns in the bin as a result of the pandemic and effectively start from scratch,” Ray White National Marketing Manager Todd Alexander tells Mi3.

“Once restrictions came in, we went from a scheduled and planned approach to a day-to-day method that is still ongoing and isn’t likely to change as we deal with state-by-state and evolving restrictions.”

Working in tandem with Senior Corporate Affairs manager Natalie Hortz, Alexander and the marketing team had to quickly move away from its previous “old school” methods, including things such a letterbox drops of properties for sale.

Hortz says this led to the team pushing “most of its small budget” into digital, performance and social media channels.

“We were already quite digitally-led but once restrictions came in we knew a lot of our previous methods like letterbox drops or other physical forms of marketing would have to be ruled out,” Hortz says.

“This wasn’t just due to cost but timing and effectiveness. COVID showed us customers were seeking out much more live data and information, which forced us to look at developing daily assets for our social and digital channels.”

As a result, engagement with the Ray White website grew by 9.9% year-on-year and continues to increase on a monthly basis.

While many brands have recorded double-digit online engagement growth, such as Catch or Menulog, Alexander says the numbers are impressive when taking into account traffic to third-party listing websites.

He says this is where a bulk of the brands’ online interest and engagement is generated.

“On top of our traffic increase, we’ve seen enquires through platforms such as RealEstate.com.au increase by 248% since COVID began in March,” Alexander says.

“This is showing us that of course there’s a demand for property but also that our digital strategy is working and pushing people to our owned media and third-party channels.”

Fuelling franchisees, delving into data and avoiding above the line

Unlike many brands across Australia, Ray White’s marketing strategy wasn't simply contingent on what consumers were interested but waht 800 offices across the country wanted.

Operating under a franchise model, Ray White allows each office to market themselves independently of the national brand strategy.

“What we do is provide a library of marketing assets for all of our agents across Australia, it is then up to them how they engage or adopt them,” Hortz says.

“These vary from print to digital and come at no extra cost to our agents.”

Alexander says one of the difficulties that often comes with the model is getting the majority of the network to universally adopt the same campaign strategy.

In most situations he says at best 40% of the network will use the same marketing strategy. One of the benefits to come out of COVID has been a change in this behaviour.

“As the largest real estate network in Australia we have the ability to reach 75% of the country’s property market, so there is a frustration when we don’t have that uniform brand platform,” Alexander says.

“However, since COVID began and due to the urgency of brands to keep a constant line of communication open with customers, we’ve seen close to 95% of our agents adopt our marketing strategy and related assets.

“This is a big step-change for us as a brand and something we think will continue on even once the pandemics slows, as it’s shown the value of being able to blanket a market with the same, powerful, message.”

Despite looking to reach as much of its network as possible, Hortz and Alexander say the business is still averse to investing heavily in more traditional above-the- line channels.

Two years ago, Ray White released its first major brand campaign, with accompanying TVC. Since then, the brand has elected to not continue with the strategy.

Hortz says alongside the costs associated with the mass channels, franchisees are less likely to engage with the campaigns as they lack a “localised” element that ultimately drives listings and consumer engagement.

“When we did our major TVC two years ago, it had a more uniform message that applied to the entire country,” Hortz says.

“However, there’s not a lot of consistent value to do this every year, especially given the fluctuations in the property market dependent on state right down to suburb.”

Instead, the brand is taking a data-led approach in its latest spring campaign.

Utilising statistics derived from its own network, as well as third-party list platforms, the new campaign that is rolling out through its entire network, will provide real-time updates on properties sold or listed in that offices’ suburb.

“Our network has shown a great interest in our data proposition since COVID began, this has included a weekly insights report that drills down into key growth areas of the business based on numbers compiled from our own database,” Alexander says.

“That influenced us to pass that understanding on to our customers as well, with the intent of driving more listings and sales based on the interest levels in their relevant areas. It’s certainly a part of our strategy we will continue to pursue going ahead.” 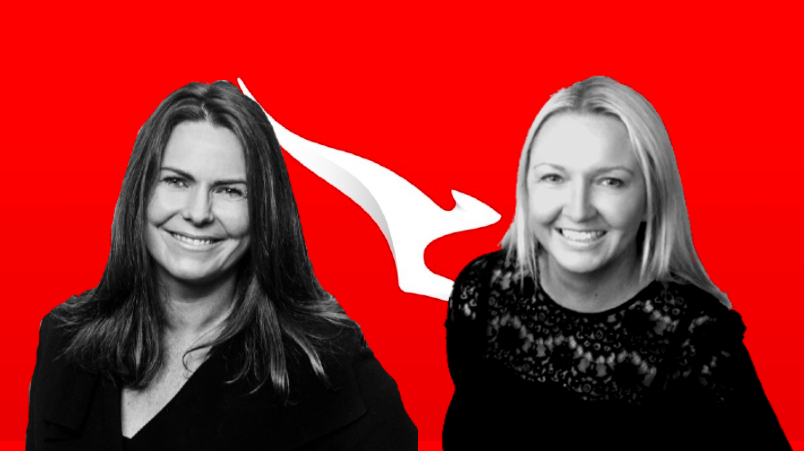 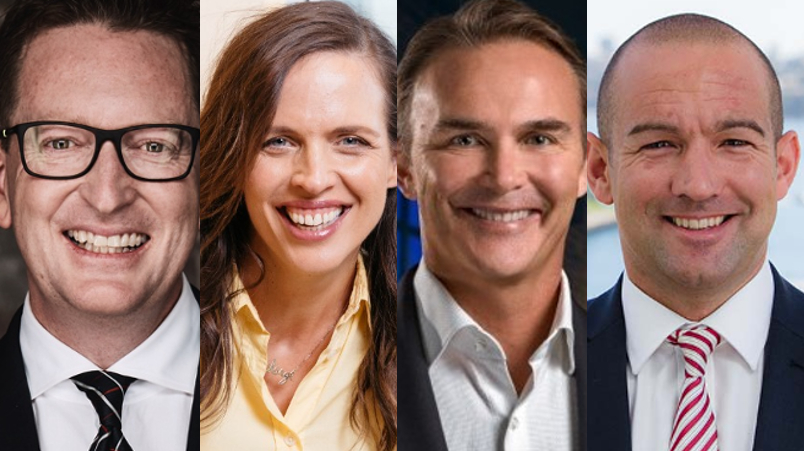 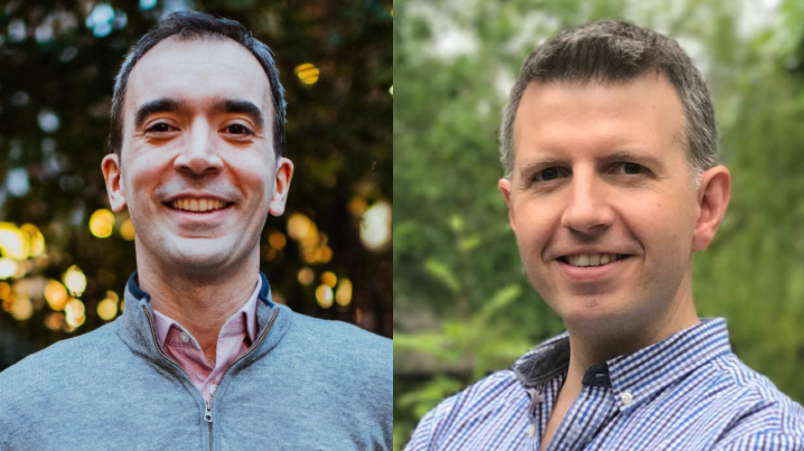