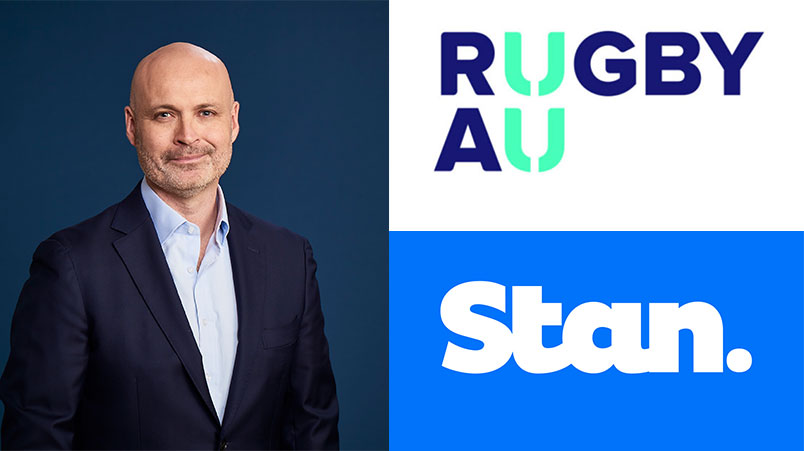 Nine's Head of Sales - Sport, Matt Granger, says there will be "absolutely no ads" on Stan Sport. But making back $100m from the rugby alone would take a fair while with subscription revenues and integration is technically not advertising. Which is good news for brands concerned about losing cord cutters.

Nine dropped $100m on the rugby in cash and contra, now it needs to make its money back. Despite the network insisting there will be “absolutely no ads” on Stan, there will be plenty of integration and sponsorship opportunities, starting with sport. Welcome to the future of streaming.

All of the commercial deals done on Stan Sport will involve "premium, cross-platform" integration, Nine's Head of Sports Sales Matt Granger told Mi3. However, ads will air as part of the free-to-air broadcast of the game.

"We need to be clear, this isn't going to be about us trying to bring ads onto Stan, we know the value of that proposition to our audiences and this will look to improve on that offer," Granger says.

"What we will do is create limited, premium, sponsorship and integration opportunities for brands which we will bundle up with free-to-air advertising spots."

Nine hasn't yet announced exactly how the commercial strategy will look for brands. However, Granger says given the similarities between Rugby Union and League, to which Nine also has the rights, brands should be able to "connect the dots" on what’s on the table.

Nine already sells halftime, replay and naming sponsorship across its NRL coverage, and its Rugby Union coverage will likely take the same approach.

Major brands including Harvey Norman, Telstra, Sportsbet and Maccas are already big advertisers. Granger expects further blue-chip client interest and he is confident the sponsored integrations will not be a turn off for those paying to stream sport via Stan.

"There are going to be placements throughout the game that ensure we deliver a seamless commercial solution for brands that doesn't interfere with the flow of the game," Granger says.

"Rugby Union also has its unique options to be creative with integration placement, with different stoppages and breaks compared to the NRL.

"What is also important for this deal and Rugby Australia is that the brand interest also stretches to the grassroots level, which we know we can grow from both free-to-air and streaming."

Sources told Mi3 Foxtel offered a similar amount in its dealings with the code but that the sporting body was won over grassroots development strategy Nine packaged alongside its free-to-air and streamed delivery plan.

With Rugby Union sewn up for three years (plus a two year option) Nine is turning its attention to other exclusive sports rights, on either a pay or cross-platform basis, in a bid to grow its subscriber base and revenues, housing them on whichever platform is most appropriate.

Nine has agreed to terms for three-year deals for the Grand Slam tennis tournaments, Wimbledon and Roland-Garros. However, Granger says these global competitions will not come with the same level of integration given agreements struck by the tournaments at an international level.

"We can't say for sure what we can do in those situations, but if there are ways that we create an offering for brands, we will do so," Grainger says.

Meanwhile, the NRL returns next year with a full schedule of games – and Nine aims to maximise commercial opportunities.

"There were a lot of takeaways from this year and I think the change in the rules and the impact that has had on the speed of the game requires us to take a look at new ways brands can get involved," Granger says.

Taking a leaf out of major American sporting codes such as the NFL, NBA and NHL, Nine is eyeing ‘picture-in-picture’ advertising as a possibility.

This would see Nine include a smaller screen squeezed into the main broadcast of an NRL game and run a shortened version of a normal TV ad.

In the US, these are 15-30 seconds and run during breaks in play. The NRL has several similar breaks in play such as scrums and line drop-outs which can take up to 30 seconds to set.

"There's plenty of new options we are looking at but we think once we make a decision with the NRL on what the season will look like next year we will be in a better position to take these new brand strategies to market," Granger says.

The network is also bullish on the upcoming Australian Open, which now seems likely to go ahead with crowds under Covid restrictions.

Granger says brands have been "unwavering" in their support, and says commitments from some of the world's top talent, such as Serena Williams and Novak Djokovic to travel for the tournament, suggest their conviction is well founded – though nothing can be taken for granted.

"We are working closely with Tennis Australia and the Victorian Government, but this is a situation with many moving pieces and we have to be prepared for anything," Granger says.

"It looks as if there is the potential for a reasonable level of live attendees, however, we also have contingencies in place should there be any major changes."