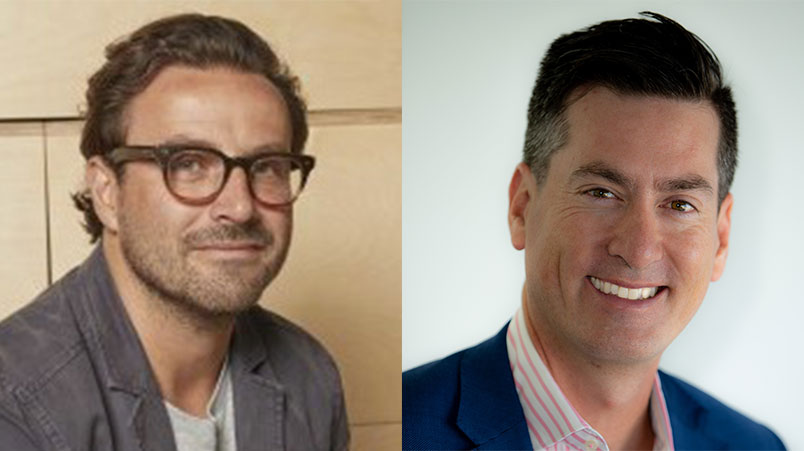 Nick Garrett and Chris Maxwell (l-r): "The people doing the work [for CUB] and learning and getting better were all outside the organisation."

Agency models are deeply challenged but not dead – and more brands are set to in-house their creative, martech, adtech and media agency services this year, reckon former CUB top marketer Chris Maxwell and Clemenger CEO Nick Garrett. They are backing a major brand swing to in-housing in 2021 – and plan to help make it happen.

Media consolidation will leave four data powerhouses and a new buying model
IPG Mediabrands' Leigh Terry and Mark Coad on why they're moving beyond media to data and an adtech-martech mashup
Australia 'ripe' for in-housing: DDB isn't worried while WPP claims clients flocking back to the fold. Can it really save advertising from mediocrity?
Programmatic shake-up underway - digital's 'big tobacco moment'

Maxwell spearheaded the now AB InBev-owned brewer’s move to establish internal production and media capabilities in 2017. Establishing what is now a 35-person-plus content and media unit, he says CUB made huge gains in speed and efficiency while cutting cost.

More initiatives like CUB’s will emerge from other brands in Australia this year, says Maxwell, who has assembled a senior team of partners backing in-housing start-up Lution. The new advisory group has ambitious plans to advise and project manage brands building their internal creative, data, martech, adtech and media capabilities.

Maxwell is joined in the venture by former Clemenger BBDO CEO Nick Garrett as a partner and shareholder, plus former global CMO at Bacardi, Foster’s and Walgreens Boots Alliance Andy Gibson and founder of Present Company, Marty Wirth.

It was revolutionary for CUB. It took us from being five years behind the curve to probably five years ahead of the curve really quickly.

Garrett, for instance, will remain working and advising brands in his other consulting business in Australia and internationally, along with leading Lution’s Enhanced Creative Panel, which draws from senior local and global creative talent who have left the big agency networks and are now working in special ops and projects.

Garrett told Mi3 agencies still have a strong, albeit different, future – but face significant pressures, mostly because holding company investor imperatives crimped their ability to re-engineer business models five years ago when it was clear structural pressures were coming to a head.

Maxwell is of a similar view after the frustrations CUB experienced before investing in its in-house marketing services unit.

“I’ve experienced the transformation that came from the traditional way of working with external agencies, big agency retainers and lots of different moving parts to bringing programmatic media, digital content and social in house,” says Maxwell. “It was revolutionary for CUB. It took us from being five years behind the curve to probably five years ahead of the curve really quickly.

“One of the other frustrations that came with outsourcing all the work was, as a [CUB] business, we weren’t getting any better,” Maxwell says. “We were kind of stagnant in the level of digital capability we had because the people who were doing the work and learning and getting better were all outside the organisation. The way to address that was to start bringing more of those learnings and those capabilities back into the business.”

Maxwell says turnaround speed and cost from external agency partners were points of increasing tension for him.

“Most of the big agencies have wonderful people working for them,” he says. “But when I was at CUB, we would work with a business like Clemenger and there were times where we wanted to maybe do a hygiene piece of content. The process to do that was the same as the process to make a big, expensive TV ad and the time frames were similar. I know clients all around Australia and the world have those same sorts of frustrations.”

There is an unhealthy balance in the in-housing conversation at the moment around efficiency, not effectiveness.

Similar challenges existed in media too for CUB, Maxwell says. In-housing CUB’s programmatic media buying from its media agency (PHD was appointed after digital media went in-house) quickly saw a 30% rate improvement. Why? “It’s hard to put your finger on whether it’s that we avoided some of the costs that were hidden in there, or whether it was just that we had more dedicated people who were more focused and were able to target better and manage the tools. It’s probably a combination of those things.”

But it is not all about cost. For all the upside Lution’s partners argue lie in brands taking more traditional agency capabilities in-house, Garrett warns that an obsession with efficiency gains from marketers will negate progress.

“There is an unhealthy balance in the in-housing conversation at the moment around efficiency not effectiveness,” he says. Unsurprisingly, it’s why Garrett has assembled a global coalition of senior creatives who will feed into marketer-funded in-house agencies. “You can sense in the industry a coalition of the willing from ex-agency network creative leaders who are going small and independent. What we’re doing doesn’t replace agencies but they have been under heavy scrutiny for five years. It is the moment where those forces of transformation are happening at a faster pace. Brands can go in-house and get access to tier one talent who aren’t beholden to the major networks.”

Maxwell says there a numerous brands in Australia considering in-housing models but could not name them because of non-disclosure agreements. Betfair Marketing Director, Nick Thomas, however, was one who publicly backed Lution’s approach which saw the company in-house creative, production and media.

“As a result of the early value and insight the team were providing over and above the scope of the brief, we subsequently agreed an extended program for them to design our data and martech infrastructure to support the internal agency and growth agenda,” Thomas says.

Stay tuned for an Mi3 in-housing podcast with marketing, agency and in-housing leaders in the coming weeks.

Media consolidation will leave four data powerhouses and a new buying model
IPG Mediabrands' Leigh Terry and Mark Coad on why they're moving beyond media to data and an adtech-martech mashup
Australia 'ripe' for in-housing: DDB isn't worried while WPP claims clients flocking back to the fold. Can it really save advertising from mediocrity?
Programmatic shake-up underway - digital's 'big tobacco moment' 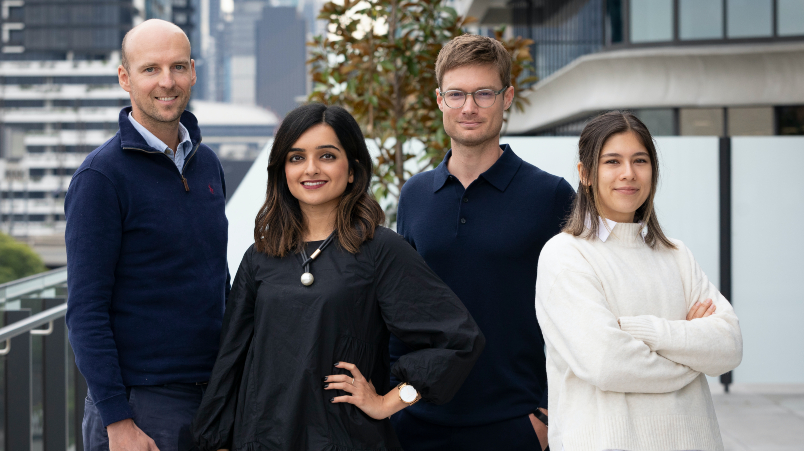 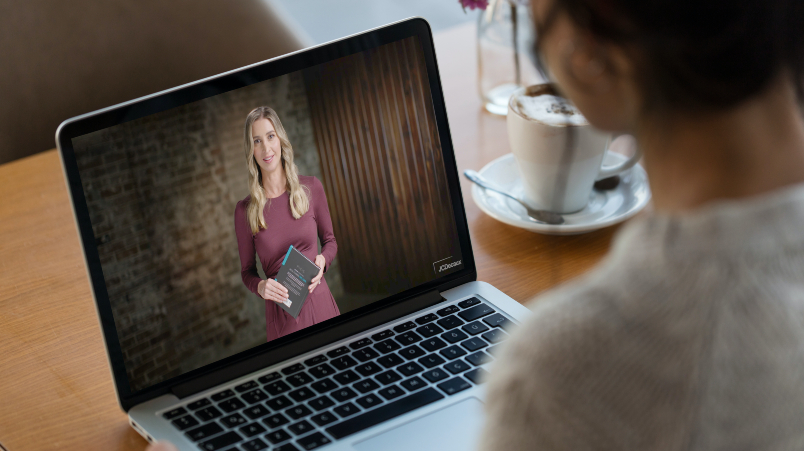 Digital out of home makes up 60 per cent of the channel’s revenue, but isn’t being used to its full potential, JCDecaux’s Chief Commercial Officer Max Eburne says. That’s why the company has created a new e-learning program. 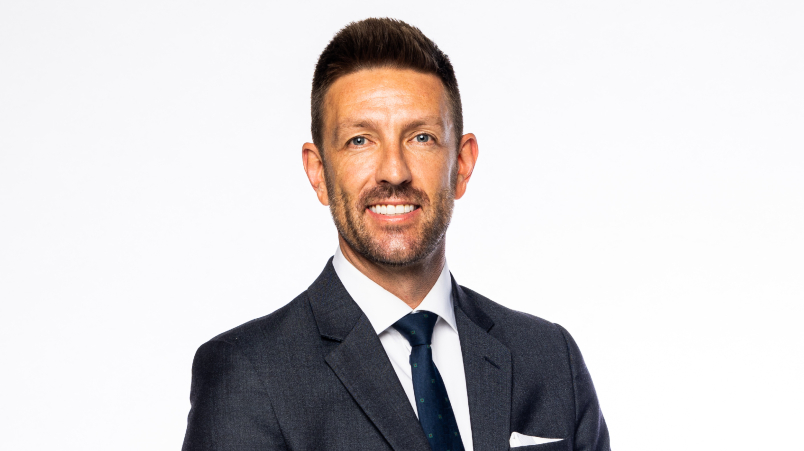