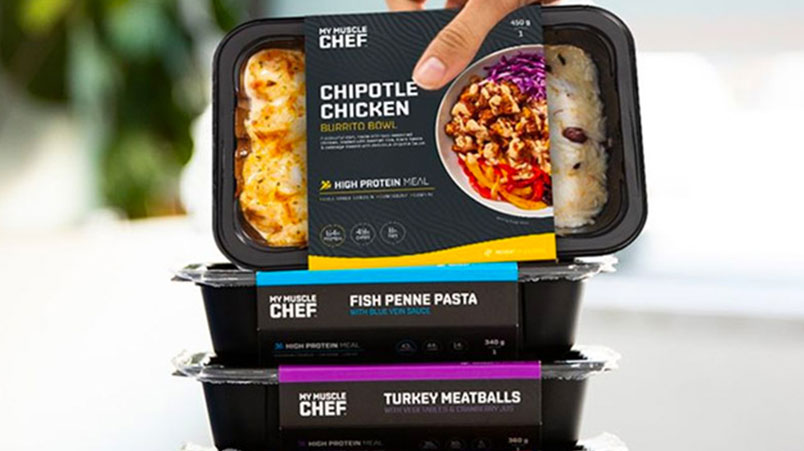 MiQ CEO Jason Scott: "We are seeing more long-term briefs looking to increase or maintain spend right through to Q1 2021, which in digital’s case, is far more forward-focused than usual.”

Forward ad bookings into the December quarter from Standard Media Index (SMI) suggest the Australian ad market may be set for a decent return in the final quarter of the calendar year. The biggest year-on-year spend increases reflect the national mood as brands more heavily promote ready meals, snacks, lottery tickets, consumer electronics, furniture and insurance. While travel is down, paused product launches are starting to resume and new brand entrants are seeking opportunity to capitalise.

In figures shared exclusively with Mi3, SMI ANZ boss Jane Ractliffe says committed media spend for October is up half a percentage point year on year, with November investment up 5.9 per cent YoY.

While off a low baseline, the prepared and frozen meals category is showing growth in ad spend of 611.4% for October, with projections showing it at 20% for November.

“There’s a lot of categories in and outside of the top five that are showing a shift in consumer habits, where people have changed preferences and their discretionary spending,” Ratcliffe says.

“Without other major sectors spending as heavily, auto and travel, for example, there has been more opportunity for newer categories to invest in inventory that was previously difficult to obtain.”

Since SMI started reporting comparable forward bookings data in May this year, this is the first time that it has seen stronger monthly ad spend on a year-on-year basis.

For October, 34 out of SMI's 140 product categories are showing growth in ad spend, with 12 so far committing more YoY for November.

Nunn Media Sydney MD, Chris Walton, told Mi3, a lot of the increase in new client spend has been driven by the “habitual changes” post-Covid.

He says the growth in areas, such as preprepared meals, can be explained by the shift in what consumers could spend on based upon what level of lockdown restrictions were in place.

This has allowed new competitors to also enter the market and develop new customer bases.

“Don’t forget there was a period there where spending was highly limited, but some had more disposable income than they did before the pandemic and were finding new areas to spend it in,” Walton says.

“In the case of preprepared meals or delivery services, people get sick of cooking but can’t leave the home, so growth in an area like that makes sense as people seek out alternatives.

“This has occurred in other areas such as sporting goods (up 7.2% for November according to SMI), which generated new customers following limitations on other social or pastime activities.”

As for key channels benefitting from the spend, Ractliffe says the clear winner has been TV.

However, she says the growth in spend through linear TV is heavily buoyed by the recent AFL and NRL finals, alongside the shift of rugby league tri-series, The State of Origin, to November - whereas the series usually runs in June/July.

“TV was always going to be, outside of digital, the best performer given the changes to major sporting events this year, especially with the NRL and AFL grand finals pushed back a month,” Ractliffe says.

“That’s not to say that the growth TV receives won’t trickle down into other mediums such as radio and outdoor, as more agencies and marketers use the two to support ongoing linear campaigns.”

SMI was unable to provide forecasting for the digital sector, with Ratcliffe stating digital media investment is often made in shorter trading windows.

“It’s something that is far more difficult to forecast and fluctuates based on brief, CPM and external factors such as ad fraud,” Ractliffe says.

“Most media buyers for that reason don’t trade further in advance, as it also rarely has ‘spectacle events’ or tentpole integration deals seen in TV, or requires long-term bookings such as premium outdoor sites.”

However, MiQ CEO Jason Scott told Mi3 that while SMI may not be reporting on digital advertising forecasts, his agency is seeing a “reasonable uptick” in long-term briefs.

He says growth in connected and advanced TV, backed by the boom in broadcast video on demand (BVOD) during Covid has given clients “more tangible insights” which are influencing how digital media fits into a brand’s media mix.

“Because there has been a more steady and sustained investment by brands into digital media, particularly programmatically, there is now more detailed data that is proving the value of a lot of digital channels,” Scott says.

“As a result, we are seeing more long-term briefs from clients looking to increase or maintain spend right through to Q1 2021, which in digital’s case, is far more forward-focused than usual.”

Both Walton and Scott agree that one of the other likely factors driving earlier bookings is the return to a two-speed economy in Australia, with many brands forced to grapple with economic shifts on a state-by-state since lockdown began in March.

As states lift restrictions at different speeds, this has created an imbalance for clients and how they structure media plans.

“If you have four different states all in varying levels of lockdown, you’re going to find buying patterns and consumer behaviour extremely difficult to understand from a trend perspective,” Scott says.

“That means a media plan has to be defined by each state’s economic position and that becomes very time consuming if you’re dealing with four at a time.

“So, it makes sense brands would hold off long-term investment until we at least returned to two slightly different economies, as we’re seeing now with Melbourne and then the rest of Australia.”

However, Nunn's Walton agrees that new entrants are helping to counterbalance what may otherwise have been a difficult time for media owners.

“For every travel and auto brand pulling spend, there are now numerous tech, health, insurance and financial brands in the mid-tier range that balance it out.

“It now becomes about whether those new brands can maintain the spend or drive it up even further to provide a better road to recovery.”

Scott thinks a further boost could come from brands that shelved bigger ticket launches during the first wave of the pandemic.

“It’s very hard to launch an expensive new piece of tech, an electronic device or vehicle when a purchase of that size is difficult to justify in a recession,” Scott says.

“Many brands held off launching those products during that period, with the subsequent campaigns and ad spend also being impacted.

“However, as some of the market normalises and we enter the highest retail demand period of the year, those brands are now pushing these items into market, which could be generating further ad revenue.”