The ‘she-cession’ and adland: Diversity and flexibility are key to stopping a quarter of our workforce leaving 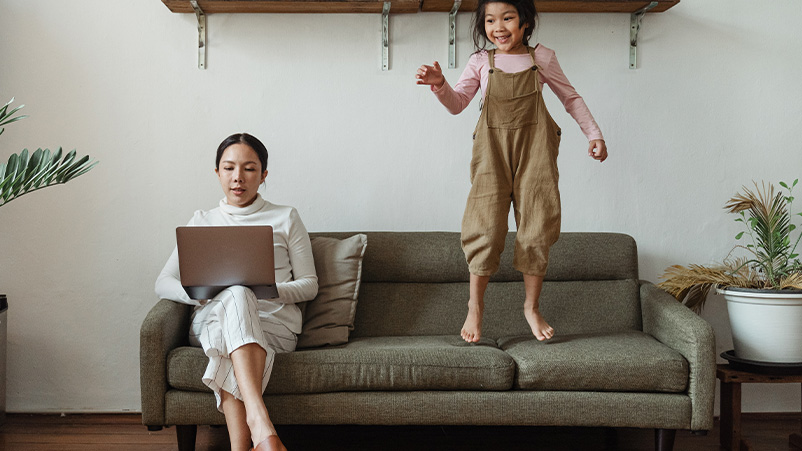 Covid’s impact on women’s working lives is contributing to a wider issue and globally.

The “she-cession” is putting gender equality at risk. After all the work our industry has done to fix the problem, what can we do to make sure we don’t go backwards? Kim Portrate asks the question.

Much has already been written about Covid and the resulting changes to the way we work.

Every man and his dog have expressed an opinion from the commercial real estate industry that believes WFH means imminent and irreversible business failure, to technology companies that say it’s a pathway to happier, more productive people.

Interestingly, many ignore the nuts-and-bolts problems that come with one or the other and almost all completely ignore how women are affected which is shocking when you consider women account for 47 per cent of the Australian workforce.

Covid’s impact on women’s working lives is contributing to a wider issue and globally, economists are calling attention to the world’s first “she-cession”; a recession that affects women disproportionately.

Many of the women fortunate enough to remain employed found themselves juggling childcare, homeschooling and their paid jobs exacerbating an already stressful time. Government assistance in the form of free childcare went some way to easing the burden but soon ended – leaving mums everywhere literally holding the baby. This has led, understandably, to women looking to reduce hours or exit the workforce entirely.

The most recent Women in the Workplace Report by McKinsey found that one in four women was thinking about stepping out of the workforce or downshifting their careers.

Imagine if 25 per cent of the female workforce simply decided their job isn’t working and stopped participating. Frightening, right?

And it’s not just the mums at risk here. Angela Jackson, lead economist at Sydney consultancy Equity Economics, points to another cohort of concern – young women. ABS data from November showed 45,000 fewer young women with a bachelor's degree and above in jobs compared to February 2020. For men, the decline was just 3,600.

If this group of women falls behind on climbing the career ladder, Jackson says gender equity will be pushed back by a generation. And if one in four women leave the workforce, younger recruits that do join may not have the mentors, role models or managers available pre-pandemic. Mentorship goes hand in hand with staff retention – without one the other will surely suffer and that should worry us all.

So, what can we do to ensure this doesn’t happen?

Change our mindsets around flexible working

First, we need genuine data about the impact of working from home. The good news is we finally have some. The most recent Media i survey of agency staff found a correlation between employee happiness and the number of days in the office. Seems like agencies are an innately social bunch with the data suggesting the more days in the office, the happier people are.

More broadly across the industry, five days in the office will work for some – perhaps people who live in share houses or with parents – but not all. Rather than a blanket approach, let's take a beat to listen to our teams. After all, one woman’s flexibility may end up being another woman’s straight jacket. Accepting this will go a long way to helping us avoid the long-term impacts of the she-cession.

Double down on creating opportunities for women

Now is the time to focus on the ways we help women get into and stay in the industry. There are great examples of programs run by businesses that help women re-enter the workforce and initiatives such as paid paternity leave that help share the load.

As the world returns to something more recognisable, we need to take time to work on how we keep our best and brightest in a way that resonates with and for them.

Beyond the near-term problems, the most concerning gender-driven casualty of the pandemic will be the impact on women’s long- term financial health.

Reduced hours mean reduced income and also reduced superannuation. Almost invisible in the thrust and parry of everyday life, this will have massive long-term implications.

With women more likely to work part-time or take time out from their careers to care for children, women’s retirement nest eggs are already smaller than their male counterparts.

While you might not think it’s your problem to solve, the truth is all leaders have the opportunity to make a difference by talking to women about voluntary contributions or helping to set up automatic super payments.

According to the Australian Human Rights Commission, many women are living their final years in poverty. If nothing changes, another generation will face similar prospects.

This is an everyone issue

Yes, right now women are the ones being directly affected by the she-cession but the real impact is going to be felt by everyone in your business for years to come if we don’t act now.

We need women of all ages and experience levels on our team because the benefits of a diverse workforce are many, from new perspectives to greater innovation, better team performance and even increased profits. This is particularly important for our industry where we need diverse voices to reflect and speak to diverse audiences. Nurturing this diversity multiplies the potential of women and the work they do.

It’s time for all of us to lend a hand – to make sure mothers, sisters and daughters are optimistic about their futures which in the end, will ultimately benefit all of us.