Google on Tuesday announced that Australian advertisers serving Google Ads to Austria, France, India, Italy, Spain, Turkey or the United Kingdom will pay up to 5 per cent more for their clicks and ad impressions. The price surge is a result of the digital services tax (DST) imposed by those countries on online advertising in a bid to force big tech firms to pay their fair share of tax. It’s you, it’s me, and more importantly it’s the SMEs that are most reliant on these tech providers for survival that are bearing the cost.

The state of play

There's has been ongoing debate for years that large digital multinationals like Google and Facebook are not paying enough tax, both locally and globally. The commentary is that the existing international tax systems do not properly capture the ‘digitalisation of the global economy’.

To address these concerns the Organisation for Economic Co-operation and Development (OECD) - now led by former Australian Federal Finance Minister Matthias Corman - has been working with over 130 countries to update the international tax system, to cover the changing global economy. It seems that if approved, the scheme will be implemented in 2023.

For some countries this change isn’t happening quickly enough and a number of them, including some from Europe, have already started to impose their own Digital Services Tax (DST) as an interim measure. These countries include the likes of Belgium, France, Italy, Poland, Spain and The United Kingdom.

Game on I say. For anyone, this makes total sense and I back both the OECD and these forward-thinking European countries in their decisionmaking and actions.

However the execution is far from ideal and in-fact belittles the whole concept.  France was one of the first countries to implement a DST. Amazon immediately responded by saying: “As we operate in the very competitive and low-margin retailing sector, and invest massively in creating new tools and services for our clients and vendor partners, we cannot withstand an additional tax.”

Amazon has basically passed the cost of this tax onto the businesses that utilise their services, which are often SME’s. Therefore this tax is not doing what it is designed to do.

Yesterday, Australian Google Ads customers received this e-mail from Google, notifying us that the cost of advertising has increased in these markets where there is a DST on online advertising. 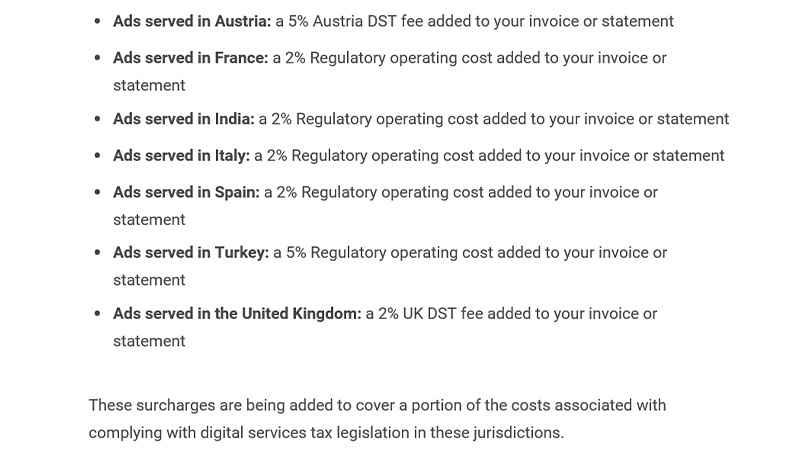 So in essence, Google, Apple, Facebook and Amazon (GAFA) are not paying the DST. Instead it’s you, it’s me, and more importantly it’s the SME’s that are most reliant on these tech providers for survival that are bearing the cost.

Yes, it’s inevitable that this will occur.

In 2019 Treasurer Josh Frydenberg, stated that Australia was actively exploring a multilateral response with other OECD countries but resisted the temptation to follow Austria, France, Hungary, Poland and Turkey’s lead and introduce interim measures. “Many stakeholders raised significant concerns about the potential impact of an Australian interim measure across a wide range of Australian businesses and consumers, including discouraging innovation and competition, adversely affecting start-ups and low-margin businesses, and the potential for double taxation,” he said at the time. In the Treasurer's own words, “the Government firmly believes that digital firms, like all firms, must pay their fair share of tax”. But in the country’s that have implemented the tax, they’re not – they’re placing additional financial pressure on advertisers and publishers that have already been hit hard by the pandemic.

I reckon Josh is a smart man, but you could also argue that 3% of the then $1.1 billion in Australian revenue from Google wasn’t attractive enough and the implementation costs outweighed the gains. Perhaps that has changed now that Google’s revenue has ballooned to $5.2 billion (2020).

What needs to happen

As is often the way, the strategy is correct but the implementation poor.

You can only hope that if Australia moves forward with an interim solution it is better thought out the ones implemented by our European cousins. You can only assume that if the OECD bring this to fruition it will look at the mistakes these forward thinking countries have made. The OECD needs to ensure that any update to the international tax system achieves what it sets out to do; tax the large global multinationals, not the small businesses the global economy so heavily relies on.

Apple could take 10% of search market, if it decides to take on Google
Google’s Indented Search listings are back – and it could be a red hot opportunity for digital marketers
Seek truth behind headlines: Why search marketing is a long way from dead - and the tests to prove it
ACCC v Google: All you need to know here as Rod Sims lays into alleged 'deceptive' Google on user tracking consent in Federal Court case 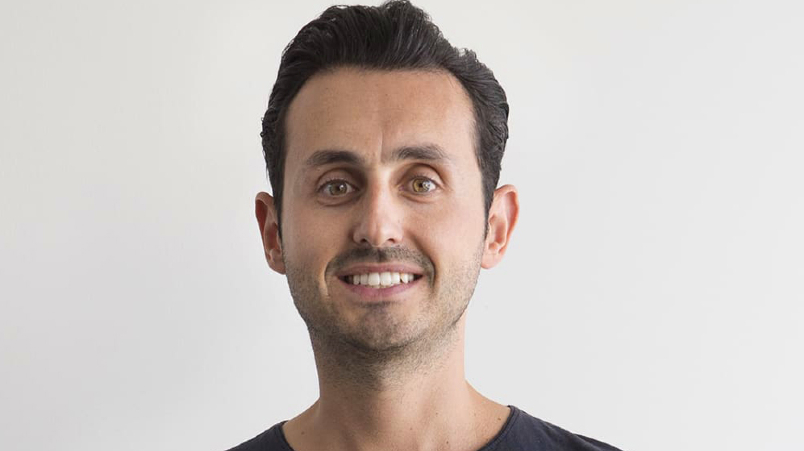 Partnering with the right agency is one of the most impactful decisions marketers can make. When both parties have their...

What Red Bull, Nespresso, Aldi - and behavioural science - can teach us about brand framing and context over content 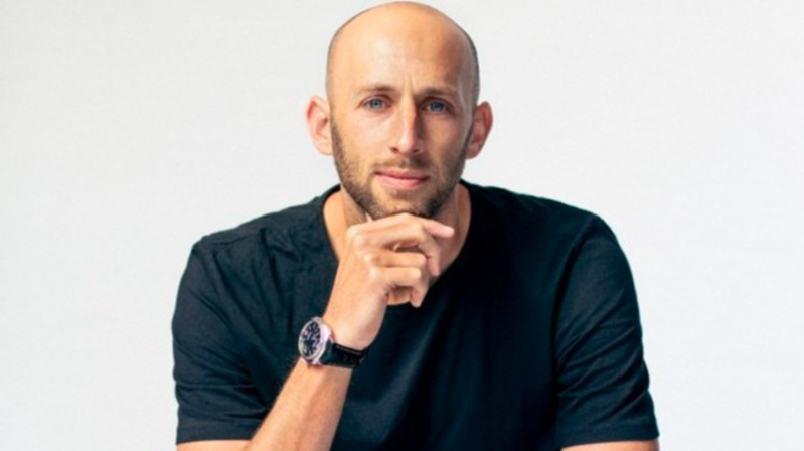 Human v machine intelligence: Google has made its biggest change to Google Ads since… ever? 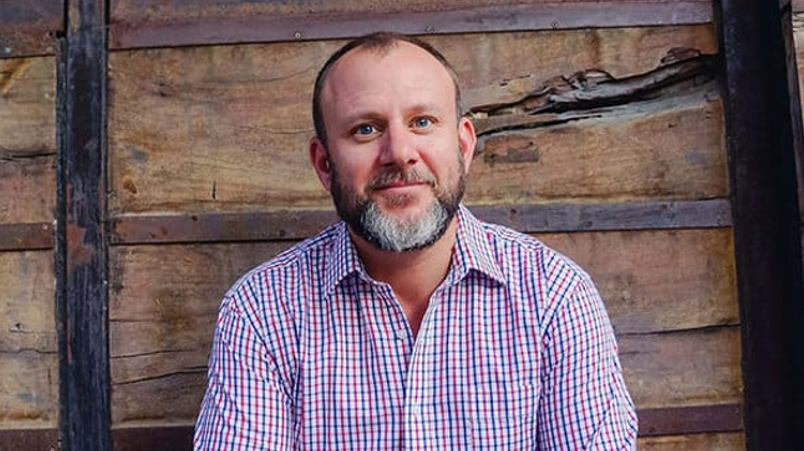 Performance Max is Google’s next iteration of campaign in Google Ads, and it’s at once exciting, scary, and powerful – and...