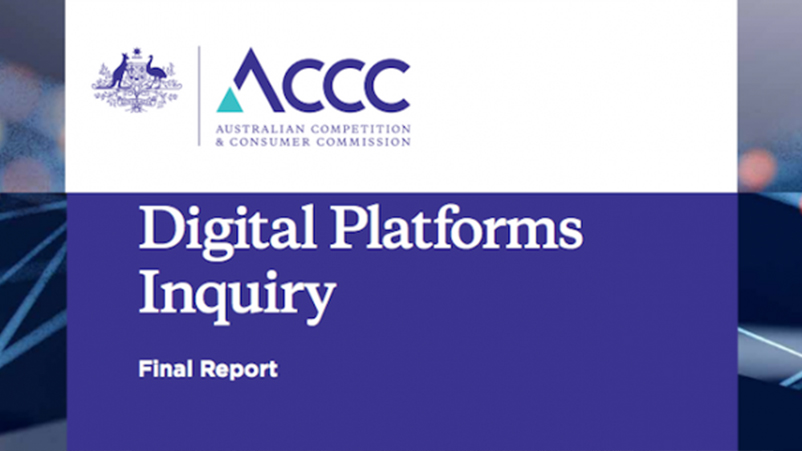 Almost half of the media, marketing and advertising industry have not been paying attention to competition issues that may shape the future of their industry, according to new research from the Audited Media Association of Australia (AMAA).

A survey of nearly 500 industry execs found 43 per cent had not heard of the Australian Competition and Consumer Commission’s (ACCC) preliminary report into Google, Facebook and the Australian news and advertising sector, released in December 2018.

CEO of AMAA Josanne Ryan said despite the majority of respondents considering that government regulation for global platforms is inevitable, the study indicates that a large proportion of the industry show a dramatic lack of awareness and are uninformed on the ACCC Digital Platforms Inquiry and the preliminary recommendations.

Of the marketers and agency professionals surveyed about the ACCC report, between May and June this year, seven in 10 had little or no awareness of it. Only three in 10 respondents had read any of the report or about it, with a quarter of marketers reading articles on it, which was twice that of agencies.

A total of 62 per cent of respondents agreed with the statement that ‘Government regulation of global digital platforms is inevitable’, however, 43 per cent of total respondents indicated they had ‘never heard’ of the ACCC Preliminary Report; 49 per cent of agency respondents were in this group with 46 per cent of these being agency senior execs and middle management.

The findings will form part of the forthcoming Media Trust Research, to be released in a few weeks' time. Chief executive Josanne Ryan said the AAMA decided to release a snapshot early following the ACCC's final report and "the low level of awareness" of it among respondents.

“The industry has now had a wakeup call and no doubt the final report will be compulsory reading given there is to be a twelve-week consultation period as the government steps in to weigh up no less than 23 recommendations from the ACCC,” said Ryan.

Of all respondents who completed the survey, 42 per cent were considered top executives at a C-suite, GM or MD level, 38 per cent were middle management and 19 per cent junior. A total of 46 per cent of respondents are in “mostly digital roles”.

Ryan expressed concerned at what appears to be complacency in the industry.

Of those that had some familiarity with the ACCC Report, the AMAA survey shows that they very clearly consider that greater transparency is needed as displayed in the table below: 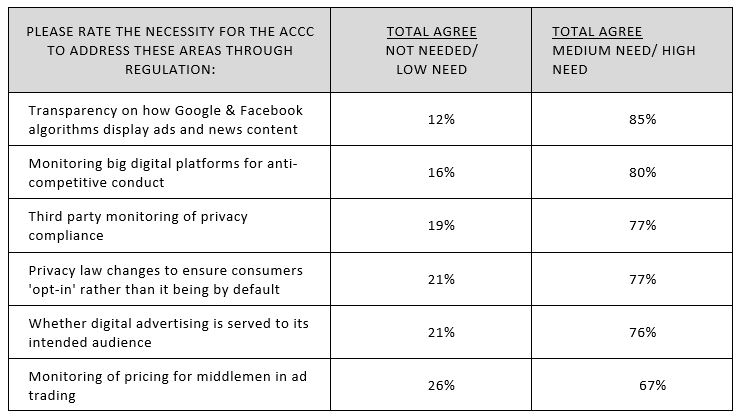 The majority of the 498 survey respondents were media agency execs (193) and marketers (178), with the remainder made up of media owners and ad tech providers.

By Media release - The Trade Desk