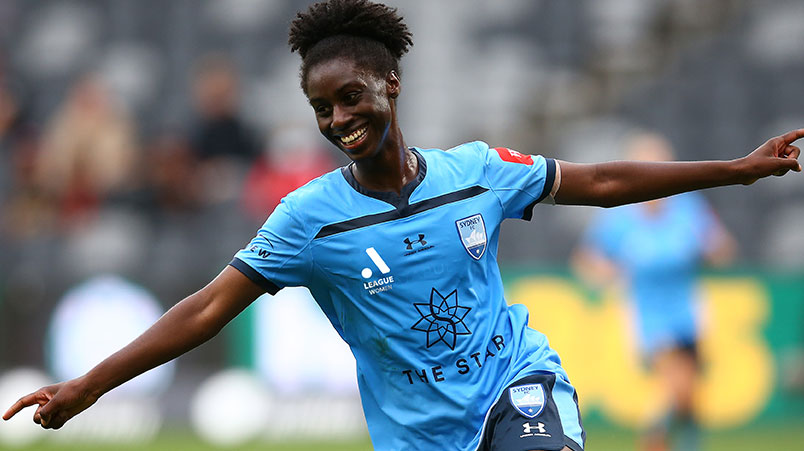 CFOs are starting to question the outlay versus return of loyalty programs. Good loyalty schemes do attract, retain and grow customers although they are costing more to manage as customer expectations continue to rise.

2021 has proven scale and precision from data-driven ad delivery is not enough. To produce truly game-changing results and build stronger direct-to-consumer relationships, marketers need publishers that offer a value exchange with their audiences.

In a radical attempt to shake off decades of cultural meaninglessness, Australia’s Football code this morning unveiled sweeping changes to its identity, charging for the edgy and ethnically diverse young, dumping the Women’s and Youth Leagues for a merged “A Leagues” with men and admitting it has failed spectacularly at engaging Australian fans.

In a time where News Corp and Nine have strategically reduced their involvement with football, we want to step into that gap. We want to cover all of football in one place in Australia.

Australian football is striking back on its long track record of boasting a huge but low interest base of fans for the local competitions. Today's sweeping overhaul is another attempt to modernise the code.

“The A Leagues has really been on the fringe of sport and almost invisible in our culture,” Chief Commercial Officer of the Australian Professional Leagues (APL), Ant Hearne, told Mi3.

“The reality of our situation is that poor management and focusing on the wrong things has left us adrift. We have focused so much on the 90 minutes we have lost touch with fans and are invisible to most Australians. There’s reasons for that. One is a complete incompatibility between Foxtel and our young, diverse base. That didn’t help. But it’s not fair for us to point the finger at someone who’s been and incredible partner to the game without looking at ourselves. And what we haven’t done is given football fans an identity that they can connect with.”

An identity they now certainly have with a re-engineered A-Leagues blueprint unveiled today which snaps football back to its immigrant roots and youthfulness but blended this time with tech, a massive investment in-house broadcast and digital media content capabilities and data smarts linking clubs, fans and sponsors to a grander vision.

“We need to reframe our game and get everyone talking about what we are and not what we’re not,” says Hearne. “As we know in life, certainly in sport, if you leave a gap, people will fill it. And from our perspective…Australians fill it with the incomparable; the English Premier League and European football and we start to get into this echo chamber of talking about what the A League is not. We’ve fallen into that trap.”

Backed by confounding data which shows 63 per cent of Australians follow football, 52 per cent watch it online or TV but just 11 per cent follow the A League, the APL’s revamped, redesigned, digitally transformed and consolidated The A-Leagues is chasing a Gen Z culture and design aesthetic that is numerically bigger than the Baby Boomer generation.

APL research suggests Football has the largest number of “passionate fans” of any code (8 million) – Cricket is next on 7.7 million, AFL on 7.6m and NRL with 6.8m – but also the most popular sport for those under 35 with 3.4 million fans. And it’s also the most diverse of all sporting codes according to Futures Football data across gender, age, sexuality, race and nationality. According to Nielsen, 36 per cent of football fans were born overseas and 37 per cent speak a language other than English.

“What we’re doing is not a diversity play off the back of a marketing campaign,” says Hearne. “This is diversity that has been woven into the fabric of football since the first generation of immigrants turned up. It’s always welcomed the outsiders. It’s almost been seen as a negative that football was a game played by migrants but in today’s very diverse Australia, that is an incredible strength that all other sports are trying to grab on to.”

Aside from the identity overhaul and aligning to Gen Z values, the APL will next month unveil its huge investment in a digital media platform and associated data infrastructure – 10 ViacomCBS is the broadcast partner and has taken an equity stake in the APL. The platform – its name is yet to be announced – will initially hire 50 producers, editors and designers to produce unified content across all media channels for the competitions and clubs with a single logged-in user ID. The content hub will cover all international games, clubs and players as well as the Australian market.

“Essentially it is building Australia's home of football, not the home of Australian football,” says Hearne. “In a time where News Corp and where Nine have kind of pulled back their focus on football because strategically they’ve reduced their involvement with it, we want to step into that gap, and we want to cover all of football in one place in Australia.”

Hearne says it moves the AFL Media model on.

“We've learnt a lot from that. And we have people that were instrumental in setting that up that are working and consulting with us. This also means that we build our own content machine. Part of it will ensure that we get the live product right for our [broadcast] partner 10 but then we'll be able to get a whole lot of shoulder content and shoulder opportunities around the game. But we take on production. So it’s a bit like Supercars where we're working with a production partner and we are producing the content.”

Off the back of its content, club and fan platform, Hearne says the APL wants to build Australia’s leading first-party data capability around football fans.

Circa $10m is being spent on building a customer data platform (CDP) of football fans with all the associated, customer experience, martech, adtech and analytics infrastructure.

“The job we've got to do is we've got a huge amount of disparate data sources that we need to bring together into that data lake, clean it all up, put it on a single [user] ID, and then we've got to go about collecting more of it,” says Hearne. “So every time someone comes to the football hub or any interaction where we can get a signal back, we'll be trying to do that. We'll use that to try and understand where new pockets of fans are and how we connect with them and deliver what they want.”

The response from brands, Hearne says, is bullish.

“Top of the funnel branding is still really important to us and our brand partners,” he says. “But it's also about the bottom of the funnel – how do we connect our brands to our fans in a smart way? In the past, we haven't been able to do that. This whole thing is using content and value to fans to bring them into the football hub, to give them a reason to register with us, to become a first party data record, and then to use that first party data record in a way to transform our knowledge of those fans and our ability, with consent, to connect with those fans.”

Hearne says more about its logged-in user and first party data strategy will be unveiled with the media and content hub next month.

“We are very close to announcing a new naming rights sponsor for A-League Men, and we are progressing really nicely with A-League Women sponsors,” he says. “We've got a huge amount of interest in that space.”

The new A-Leagues season starts on November 19 for Men and December 3 for Women. 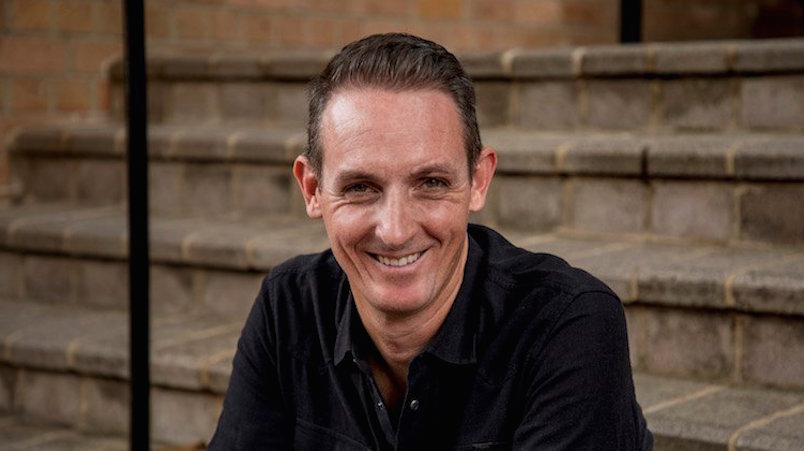 SiteMinder is likely the biggest Australian tech company you’ve never heard of. But the $1.1bn hotel booking system unicorn is headed for an IPO – and that will soon change. CMO Mark Renshaw says another attitude adjustment is required when it comes to B2B marketing. He thinks it can teach FMCG old dogs the tricks they need to crack direct-to-consumer. The former Leo Burnett Chief Digital Officer says in-housing is where it’s at – and that media and marketing guns get a far “deeper” business education brand-side. He's bucking the holdco consolidation trend and working with specialists where needed. Meanwhile, Renshaw thinks ANZ’s top talent need no longer head oversees to pick up experience with global giants; the local tech scene provides greater opportunity than taking orders from distant ExCos. 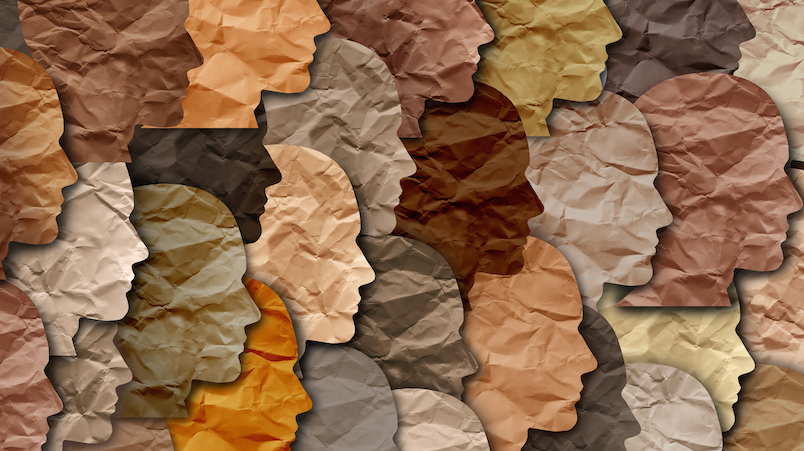 Diversity and inclusion are set to be the new ‘net zero’ for agencies. Europe and the US are leading the charge on D&I initiatives with brands requesting data and benchmarking from agencies and holdcos poised to include diversity benchmarks and initiatives within agency KPIs. The commercial case for diversity is unavoidable with studies proving it increases creativity, profitability and productivity within companies. But local industry has work to do – just 16 per cent are culturally diverse, despite representing the world’s most ethnically diverse country. 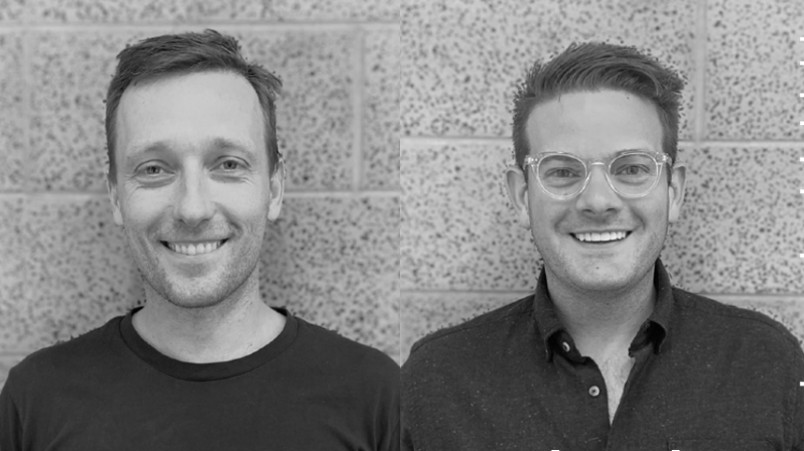 CommBank’s X15 Ventures unit is paving the ground for a massive stack of next gen services that effectively builds an opted-in walled garden for its 15 million retail and business customers, as the bank bids to compete with global tech giants inside its own expanding ecosystem. With a direct-to-customer mortgage play about to launch, it's also eyeing further e-commerce and shopping platforms. Managing Director Toby Norton-Smith told Mi3 there is much more to come from the unit with a billion dollars to spend.