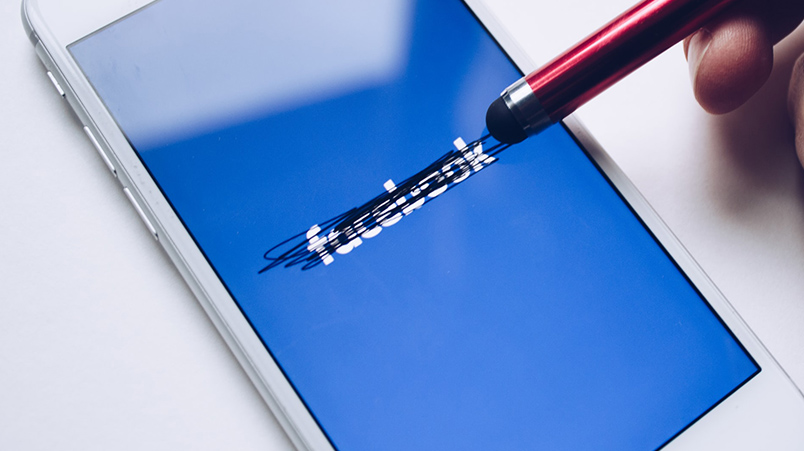 Scratch that: News and other sites will be unblocked this week after concessions made.

Australia is Facebook country. Marketers, brands, agencies and content types are largely enamoured with the social platform and, for Australia, uncharacteristically sycophantic. The same goes for Google, Twitter and probably now the latest social thing, TikTok.

Case in point? The recent Advertising Week Asia-Pacific virtual conference was loaded with Australian industry types marvelling at the wonderful efforts and advancement Facebook was making to society and the sector, along with a flotilla of Facebook execs on stage saying likewise. It was all scripted, robotic and tone-deaf at best, completely out of kilter with social and market reality, at worst.

It’s why Brent Smart’s move to break ties with the social platform’s elite industry advisory board here is significant – it’s the first public move by any Australian marketer or brand on Facebook since a boycott started in the US a week or so back pressuring Facebook for greater controls on misinformation and hate speech.

Unilever Australia, by the way, is not following its US counterpart with a boycott here and “as of today we won’t be changing our local approach” it said in a statement to Mi3.

The company’s Head of Media & PR, Anneliese Douglass, sits on Facebook’s Client Council along with peers at Coles, Woolies, Nestlé, Telstra, Suncorp, Commbank, Tourism NZ, REA and agency CEOs from TBWA, GroupM, Omnicom and IPG. It’s quite a line-up and reflective of why Australia is such a lucrative market for Facebook. By all accounts, business is booming for Facebook in Australia and the long-criticised swagger from the company remains, except in public and to the influentials on its Client Council, it would seem. Certainly publishers, to which Facebook has all but been told by the ACCC to strike a mandatory bargaining code to pay for news content it uses, speak of an arrogance and dismissiveness that’s on another level, even to media companies. And they would know, historically, at least.

Smart confirmed to Mi3 he had quit the Client Council but would not make further comment. That’s significant because Smart, to date, has not been shy being a contrarian on a range of industry issues. The rumblings say Smart was increasingly uncomfortable with the broadening pressure on Facebook and its response around civics and society and the regulatory heat coming at the company. Now, has IAG pulled from Facebook? Not sure. Probably not. And I haven't asked, yet. Smart was curt in his response on the Facebook Client Council exit but after publishing this piece today (yes, I've added to it) the lighterweight industry tongues are already wagging about whether IAG has pulled from Facebook or not. Let's hope the debate can stay with the critical issues rather than be entirely obsessed with one bit of a part. Otherwise, it's little wonder Deloitte partner and economist John O'Mahoney says the advertising and marketing sectors have a perceptions issue with corporate leadership in this Mi3 article and podcast today with Volvo and IBM CMOs.

To recap, as of yesterday there were 160 brands - and rising - which have pulled their ad spending on Facebook and Instagram and some across all social platforms for between a month and year’s end. Facebook’s market cap was down circa $60bn (10%) since late last week.

Business Insider carried a report quoting Hershey’s CEO saying the company does not believe “Facebook is effectively managing violent and divisive speech on their platform. Despite repeated assertions by Facebook to take action, we have not seen meaningful change.”

Contrast this to Facebook’s VP of global business solutions Carolyn Everson who told advertisers in a memo obtained by CNBC that “I also really hope by now you know that we do not make policy changes tied to revenue pressure. We set our policies based on principles rather than business interests.”

Bloody hell. For starters, those principles Everson talks of are deeply linked to what veteran tech venture capitalist, co-partner with U2’s Bono in investment firm Elevation Partners, one-time Zuckerberg advisor and author of the enlightening book Zucked, Roger MacNamee, says is “extreme tech libertarianism”. This worldview essentially shuns taking responsibility for one’s actions so, as MacNamee puts it, Facebook, Google and much of Silicon Valley says “disrupt, it’s not our fault”. But that’s another hour we don’t have.

It does, however, get us squarely to Carolyn Everson’s visit to Australia, with an impressive and sizeable entourage I’m told, within days of the Christchurch massacre in March last year, which horrifically was streamed in real-time on Facebook Live. By all accounts, it triggered a highly robust exchange between Everson and Australian members of the Client Council, which saw Everson in tears and pledging to relay the Australian sentiment directly to Mark Zuckerberg. There were passionate calls from Client Council members for Facebook to at least take its Facebook Live streaming service down temporarily.

“You realise all that happens is Facebook says ‘we’re listening, we can do better’, everyone agrees and you’re shown some show reel of Facebook changing lives for kids’ education in Africa,” says one Australian Client Council member present for the Everson exchange. “Facebook will listen and smile but mostly grin F--- You. Regarding the current boycott, it will make enough concessions to placate those advertisers with changes and statements to make it safe to go back but it won’t fundamentally change the issues Facebook has for horrificness. The genie is out of the bottle.”

It’s a bleak assessment, certainly shared by Mark Ritson in The Australian  yesterday. But, here’s the thing. Advertisers and brands are moving into new territory and its increasingly loaded with risk.

Whilst a bunch of Australian advertisers do pile in on ad boycotts of Alan Jones for inappropriate content on 2GB, or Sky News, for example, they happily smoke the peace pipe with Facebook – and Google and the rest – which have done far more at scale to perpetuate an outrage culture and ugly and polarising civics. If Australian brands are going to hitch themselves to the new civics, equality, diversity and inclusiveness movement, they need to remember a principle is not a principle until it costs you. Beating up on an AM radio station – perhaps for the right reasons – is easy. But taking on Facebook….well we’re seeing another global swing and this one, I suspect, might be a little different. But let’s see how principled Australian brands and marketers are.

This is a difficult, complex and nuanced debate but Australian brands and marketers have benefitted from public pressure being applied to the social platforms by a few leading global marketers, media investigations and regulators. Quite convenient so far. But they may yet find themselves pincered – only last week during the online Cannes event, P&G’s Chief Brand Officer revealed 30 global marketers as part of the influential global CMO Growth Council, had agreed on a mandate to “eliminate racism, bias and stereotypes in all our advertising, all of our content, all of the media in which we advertise.” Big words but they’re public and signed up to by the biggest brands in the world. If they fluff around, we have their manifesto. Marketing has to get serious. There is a genuine struggle among some of Facebook's Client Council about whether they are better inside the tent or out and what to do about the key issues. Some, for instance, say they're only aware of Facebook's trangressions when mainstream media covers it and gives it oxygen. They also take on board Facebook's arguments for free speech. The downside is, of course, outrage and polarisation. Which is why more transparency around the tech platforms algorithms is a kind-of-solution. It's the last thing they want but if we understand how the machines are gaming the public psyche and driving "engagement" on the platform, all ironically to keep advertisers happy, it might shed more light on why some shit happens.

The final words go to Mat Baxter, the Australian expat global CEO of Initiative Media, who called for a boycott on Facebook more than a year ago, saying enough was enough on inaction and cheap talk from the social platform. Yes, a year ago – and he was chipped at the time for saying it. On the latest boycott, Baxter says: “Nothing further to add other than it’s good to finally see the industry and clients taking tangible action in holding Facebook accountable for the content on their platform. Sadly, as I said previously, the only way to get this sort of positive change is by brands withholding advertising dollars.”

Let see what the Australian market does now. Not much?

Silence of the ad lambs: Google, Facebook's sprawling, covert influence and overt funding has strangled open industry debate in Australia
'Bullying, heavy-handed and misconceived’: Treasurer Frydenberg, ACCC, FreeTV, Nine muscle up on Facebook’s threat to pull news services from Australia
Ad execs say Australia can handle a Google exit with Apple, Microsoft and even Yahoo set to gain
What happens next if Facebook, Google pull from Australia? Think tank says prepare for possibilities 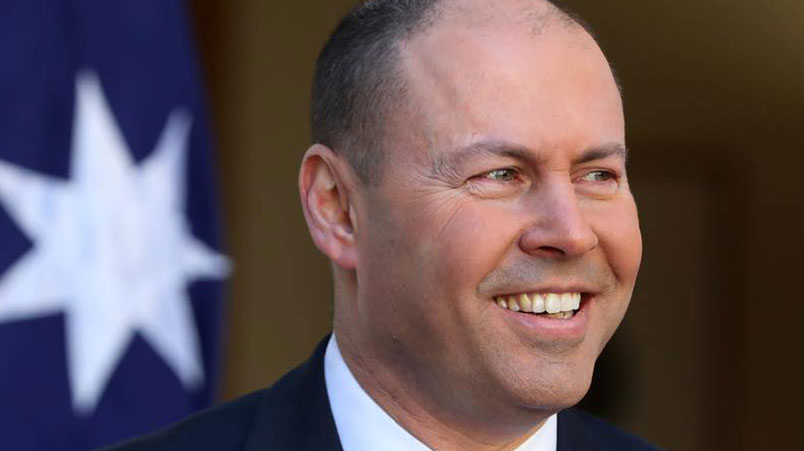 Minority shareholders are set to vote in April on WPP's Australian takeover deal. Sir Martin Sorrell has eyes on WPP assets and more deal talks like those between Publicis and private equity firm CVC last year are predicted. Industry consolidation, say some, is on.