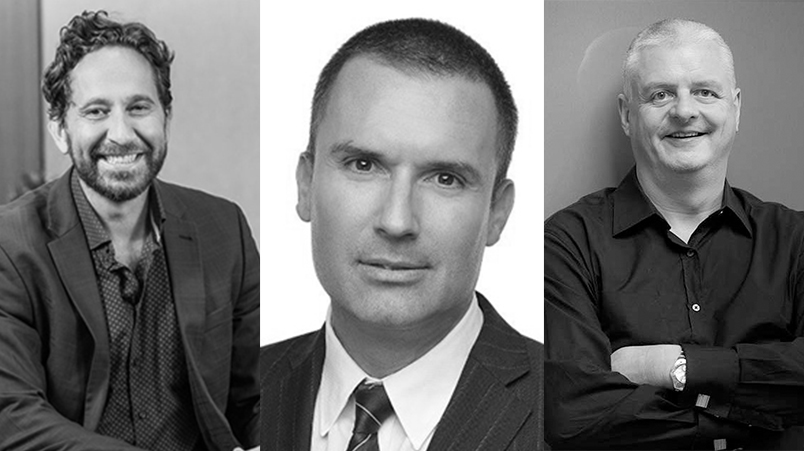 Citi’s head of segments and digital, Roger Slater and WPP’s head of marketing technology Adam Good are not buying Gartner’s provocative forecast that marketers will abandon personalisation but Slater says marketers  have become “fundamentally lazy” in expecting out-of-the-box tech to fix their customer and growth challenges.

Two years ago, Citi’s Roger Slater started a wholesale cull of his tech vendors and CX, data, digital, creative and media agencies, eventually hacking his partnerships from 15 down to four core alliances.

“We literally had every piece of martech and adtech possible and we had about 17 different vendors and partners working through that and helping us support it,” he says. “Aside from the administration costs of that and the complete dilution of this notion of personalisation and customer engagement, we were just spending money and wasting time. We’re now down to four partners and two fundamental pieces of technology. We use Adobe and Salesforce.”

Slater’s fractured tech line-up at Citi is what many marketers are now facing up to and its partly why Gartner late last year delivered a contentious forecast that most marketers would abandon their personalisation efforts entirely by 2025.

"The reckoning is going to come for Facebook and Google where we have determined our target market. Because they don’t pass any data back, I don’t know where it goes. And if I get it wrong, I’m going to court, not them"

Unsurprisingly, it’s been dismissed by the tech sector hitched to the booming personalisation agenda but Brand Traction principal Jon Bradshaw says there is a fair amount of “herd behaviour” going on among marketing teams rushing to stay “on-trend” around CX and personalisation without deep interrogation into their strategy and the efficacy of these deployments.

WPP’s executive director of marketing technology, Adam Good, says there is also an army of technicians trained narrowly in the tech tools.

“Where I get concerned is when clients just want to talk about delivery of the technology,” he says. “Because then you’re actually having a conversation about the practitioners in the administration screens looking at the data. They may or may not be trained in marketing and that is a problem because you’re building segments, you’re building experiences. They’re trained in the tools and we need a marketing mindset. You need dev ops all the way up to the practitioners on the tools themselves. But generally, they don’t come from a marketing heritage. They’ve come from technology.”

Slater agrees but largely defends any oversell from tech vendors – it’s marketers who have not done the hard yards. He also says Citi is not a “Gartner statistic”.

“I’ve heard the term used recently that it’s the second coming of the apocalypse for marketing and personalisation,” he says. “There’s really good customer research that would indicate to us that over 80-85% of our own customers, not new customers but our current customer base, saying they want personalisation. They don’t want to be treated like a number. We have verbatim research that says the thing that tips them into being loyal and remain loyal is personalised service and personalisation. “We’ve been fed this notion that personalisation is a tech problem so technology can solve it and that’s where I think we’ve got lost,” he says. “Marketers in the modern era, maybe the past 10 years or so, have become fundamentally lazy.”

“The aspiration of clients in what they do from a media perspective, it’s about personalisation. That’s the initial brief. They want relevant communication to a relevant target. As it moves to their own ecosystem then a lot of personalisation techniques start to happen once again. So as a spend and as a focus, it’s got to be higher than 14% to start with.”

Slater concurs. “When you look at that 14% figure. Personalisation is not just about the website or email, “ he says. “It’s about your call centre, your chief financial advisor, it’s about the people who run the consumer concierge desk. At the bottom, you’re building personalisation.”

Still, Jon Bradshaw argues there’s an industry wide reappraisal coming. “There’s going to come a reckoning, people,” he says. “We’re in a conversation about one of the things that’s most current and on the edge of our discipline and we end up back at marketers needing to understand strategy and fundamentals and that’s what’s missing in our marketer base at the moment.”

While Slater largely defends technology vendors, he does propose a likely discomforting new model for the technology sector that challenges its fixed tech licensing fees and SaaS models.

“Yes, there’s going to be a rebalancing,” he says. “Yes, there’s going to be a reckoning but it’s a massive opportunity for these vendors. Something I’ve talked about before is let me have a relationship with you, Salesforce, Adobe, that’s performance based. Rather than paying you 20k a month, I’ll be happy to pay you 20 times that if we can get the technology to help me do my job better and perform better. It hasn’t fallen on deaf ears.”

Good says it highlights the marketer’s dilemma at present around tech. “Clients have a lot of Ferraris in the garage at the moment. They have amazing tools but they don’t get out of first gear.”

Jon Bradshaw has also been delving into the science and research on the effectiveness of personalisation. In a nutshell, concepts like “motive congruence” signal personalisation is not as effective as we may perceive in some areas. “Let’s just agree that it’s good when we’re trying to manage customer experience,” he says. Where it gets grey and harder to understand, says Bradshaw citing studies from Harvard Business Review and beyond, is in the context of brand building or creating mental availability with a large number of potential shoppers and consumers who aren’t ready to buy yet.

“For managing customer experience, let’s just agree personalisation is good,” he says. “For personalising brand work, I can see no evidence in the data that suggest it’s good. When we get to sales activation, it gets a bit grey. There are a whole bunch of issues with trying to trigger the sale and I understand why. In theory, communications professionals are enchanted with the idea that if I serve you a more personalised message when I want you to do something immediately, surely that would work. It’s a very big qualifying thought, right? The answer is sometimes it does for some types of personalisation.

“If you serve me an ad for your brand at a moment when I’m actively looking to shop or buy in that category, then you will at least see, according to the research, a significant uptick in the click-through rate. The conversion of that click-through is dependent on factors that are not to do with personalisation. But at least I got you where I wanted to get you through by personalisation. If you then serve me that same ad 24 hours later when I’m looking for cat videos and I’m not motive congruent, when I’m not shopping in your category, then nothing happens.”

Good says when people talk about brand today it can “sound a little dusty” although Slater says the science and research that Bradshaw is unpacking will be increasingly crucial for marketers. “Jon’s touched on a great evolution on how we’re going to use science, information and data,” he says. “The great thing about Jon’s theory is that it’s grounded in some pretty good science and really good research that supports it. We’ve had all this complexity introduced and we’ve been told you must have this 360 degree customer view with all the massive data that goes with it. If I’m watching cat videos, I will absolutely not show them a bank ad. Why would I do that? they’re looking at cat videos. The best ad that’s contextually relevant to that particular experience would probably be cat food. And again, this is why we don’t use Facebook a lot, if at all and why I have a really interesting relationship with Google and some of the challenges we face with the affiliates and aggregators because they’re still spamming for want of a better way to put it.”

Slater is particularly critical of Facebook and Google as Citi and its banking peers move into a new post-Royal Commission regulatory environment under the governance of the Australian Securities and Investment Commission (ASIC). Under the new regime, Slater has to publicly declare his target markets and segments. “The reckoning is going to come for those arbitrary aggregators and affiliates and Facebook and Google where we have determined our target market,” he says. “But because Google and Facebook don’t pass any data back, I don’t know where it goes. And if I get it wrong, I’m going to court, not them.

“It doesn’t mean we’re going to disinvest in personalisation. Absolutely not. We just need help getting better.”

Slater also wants a debate with Gartner on its personalisation forecast.

“As marketers we need help,” he says. We’ve been forced into not being isolated anymore but we also don’t necessarily have all the skills. Get the Gartner people on. It would be a really good debate to actually figure out what to next rather than just letting the hand grenade go off.” 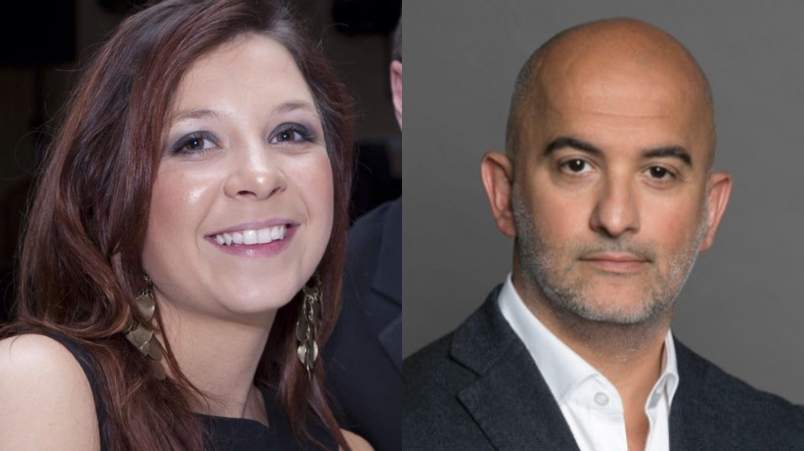 Election and fundraising strategists for former US President Barack Obama accidentally invented the now booming “experimentation” industry which takes the ubiquitous A/B testing concept to new levels – and business is going large. Personalisation has got too much corporate attention and investment at the expense of experimentation, say Deloitte Digital Partner Nima Yassini and Coles’ Fallyn Lowe, Product Manager for Growth and Optimisation. They outline what’s next, including Google’s rapid rise to the top in experimentation software ahead of Adobe and Optimizely. 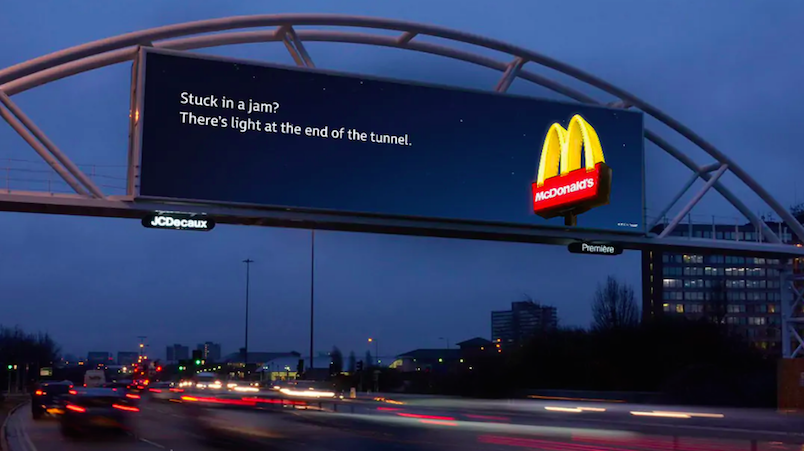 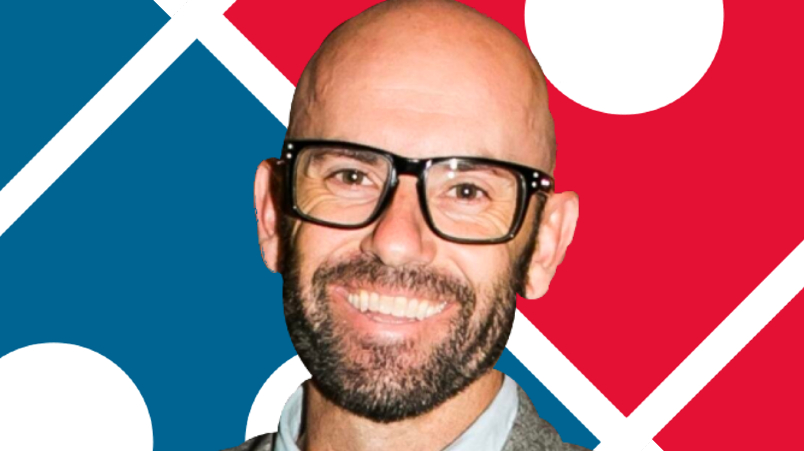