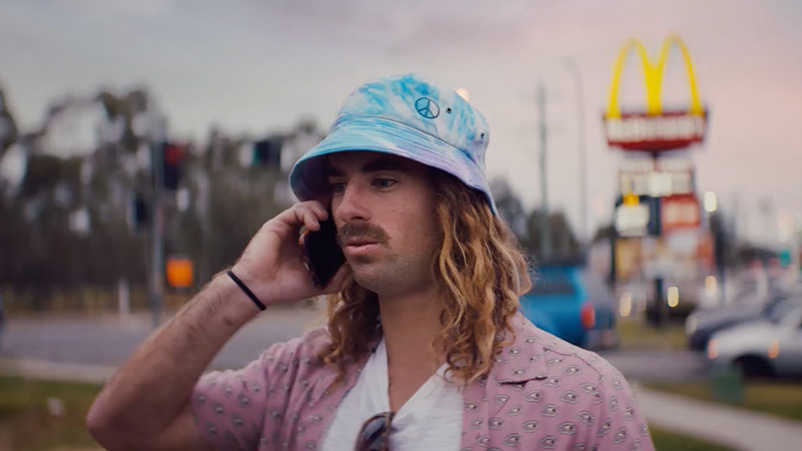 Share Bookmark
McDonald's global head of media accountability and sourcing, Chris Graham, has come out swinging for the media sector and there's a twist: the hard data says creative plays a massive role in media effectiveness.  Graham also wants digital and legacy channels to transform and translate their audience and engagement metrics to real business results. It's all achievable, he says. Get on the horse.

"ROI has almost doubled over the past five years. The contribution of media to the business outcome almost doubled - and that's not come from cutting media budgets. We have increased our media budget through that period and we know we'll continue to grow that media budget."

McDonald's Sydney-based global head of media accountability and sourcing, Chris Graham, is a little over the "doom and gloom" merchants in the trade press about the media and marketing sector.

For McDonald's, like more progressive brands in Europe and the US, he sees media as a business growth driver. And the past five years has seen Maccas prove it, although not without some challenging shifts for the way its media agencies have needed to push beyond traditional media metrics to benchmark their work. And those shifts are now coming to creative agencies - for good reason. Creative plays a significant role in how media delivers business impact.

"The only bits that get reported are issues and dramas," Graham told Mi3 after speaking last week at the IAB's MeasureUp conference. "There's actually some good stuff happening - it's about a mixture of supporting those doing good work and highlighting the industry isn't all doom and gloom. If you dropped in from Mars, why the hell would you work in this industry? It's all doom and gloom in the trade media."

Graham says McDonald's has lifted its media investment over the past five years and return-on-investment (ROI) numbers have followed.

Australia, Canada, Germany and the UK are markets leading the global charge for McDonald's in overhauling the way the quick service chain is unpacking advertising effectiveness from conventional media metrics and cost-driven media planning to ROI for business results, led by market mix modelling.

"It's all doom and gloom in the trade media. The only bits that get reported are issues and dramas. There's actually some good stuff happening...if you dropped in from Mars, why the hell would you work in this industry?"

Graham told the IAB's MeasureUp conference last week that after five years working with global market mix modelling firm Analytic Partners, it has been able to shift from price-based benchmarking of media to one in which the mix of media channels are selected based on business impact.

The work of media agencies is now being tracked not by media costs and typical media KPIs around audience reach and frequency targets, or even clicks and viewability, but by which mix of channels deliver the short and long term impacts on brand and sales. Creative, in what Graham says is a "disappointment for me as a media guy", has emerged as the runaway variable which delivers up to two-thirds of the variation in ROI for video and TV channels. In static media channels like display and OOH, the ratio flips.

"The difference is probably not surprising, even though as a 'media person' I was hoping for a higher contribution," he says. "We think part of this reason is that media has been optimised so much by so many advertisers, the variation is less, whereas there is still quite a lot of variability in creative outputs. Like most advertisers, we have tracking in place which provides a useful reference point as to the ‘quality’ of our ads. Again, with time it will be interesting to see how we can better use this as an input into the ROI measurement process. At the end of the day, this all fits under the heading of making better informed decisions to drive short- and long-term business outcomes, which is, I hope, the reason why we all get out of bed each day."

Most promising though is that this new thinking is being led by procurement, almost universally lambasted across industries for not understanding the nuances in marketing and media effectiveness. Benchmarking is typically led by driving to lowest cost.  "Part of what I'm bringing to our world of procurement, or sourcing, is that our goal is to maximise return," Graham told IAB MeasureUp delegates. "It's not actually about savings and driving to the bottom on dollars, it's actually about the upside.

THE PULSE
"I'll speak to Australia - ROI has almost doubled over the past five or six years. The contribution of media to the business outcome almost doubled and that's not come from cutting media budgets. We have increased our media budget through that period and we know we'll continue to grow that media budget. We've got growth still to come because we know where our leaders are and how much more we can increase in any kind of media channel or format."

"It's reinforced our view that if we put more money into digital, incremental money, it would help drive our return - but we've got to have those building blocks of TV, radio, outdoor within that."

Better understanding and optimising how creative works within specific media formats, says Graham, is where new opportunities lies - although it requires a shake-up in thinking from marketers, media and creative agencies.

"The accountability bit for creative agencies hasn't been quite as strong. But now I think we've got better data to understand that contribution, we're getting closer to that journey of truly embracing and truly working as a partnership with media agencies. That's in Australia. We're a long way short of that in other markets at the moment."

Quantifying the role of creative in media channels is starting to build - work that Analytic Partners conducted in the out-of-home sector for oOh Media! this year attributed about 40 per cent of the ROI to creative and messaging.

"The fact that there is data to help support that plays an important role," says Graham. "So we have the traditional measurements of creative effectiveness, brand effectiveness for every single campaign. But that we can now go with another measure which actually links that through to business outcomes means the creative agencies go 'great, not only was it a good ad, per se, but that good ad is translated through to a definable contribution to the business'."

For McDonald's media mix, digital accounts for about 10 per cent of its total media budget in Australia, which has tripled in five years. "The key learning for us is that digital works in combination with all the other media channels," Graham says. "It does return but it doesn't mean a blanket throw-all-our-money into digital. It's reinforced our view that if we put more money into digital, incremental money, it would help drive our return - but we've got to have those building blocks of TV, radio, outdoor within that. So all media together holds true for us as the best outcome."