The advertising and media industry marks the passing of man who gave back more than most people will ever realise. CHE co-founder Peter Harvie’s legacy lives on, says Mediabrands CEO Mark Coad, but the world has lost a great human.

Our industry has lost a legend with the passing of Peter Harvie in the last few days. And that is a word often used very loosely. In this instance, it could not be more appropriate. There is only one person who would ever disagree with that – and that is Harv himself. Never one for limelight, accolades, praise or fuss. When any ever came his way he’d simply shrug it off and promptly change the topic.

I first met Peter when I joined OMD Melbourne in 2003, part of the Omnicom/Clemenger Group. He was Chairman of Austereo and retained a keen interest in the Omnicom/Clemenger Group. It was later in 2007 when my role took me to Sydney that Leigh Terry, Peter Horgan and I shared an office. We would hear from Harv regularly and he kept us media buyers in very close check. “Coad, it’s Harvie…if we are any chance of losing our Telstra radio share, you will call and warn me first, won’t you?” He didn’t have to ask that question – as we respected him so much. We called the direct line to Harvs the ‘bat-phone’. We’d go to Harvs if we needed any help – and we’d use it to warn him if any trouble loomed.

A long relationship started with Peter from then – built on trust, honesty, directness and loyalty. I’ve never worked with anybody so generous with his time, always willing to share his advice and his extensive knowledge.  For nearly 20 years I was the beneficiary, countless times.

When I left OMD at the end of 2009 it was to lead the agency with his name on the door. CHE, or Clemenger Harvie Edge – and Peter hugely influenced my decision to go there. When we announced the move in late 2009 he invited me to his office at Austero for ‘a chat’. Peter left CHE back in 1993 but kept an interested and caring eye on the place. “Coad…did you know there has only ever been four leaders of CHE? Me, Kim Boehm, Ron Barnacle…and now you…in that order.” No pressure! But Harv gave me all the advice and support he had to give. He cared deeply about that company and I’ll be forever grateful that he also cared about me and my success.

Return to the fold

In early 2011 Peter left Austereo after the merger with Southern Cross and we used that opportunity to invite him back to Clemenger Harvie. For the first time I had the chance to work with him directly. This photo is my favourite of Harv, and I have kept it since that time. It was published in the AFR late August, 2011. I love the look on his face – the perfect combination of excitement, cheek, passion and competitiveness – on what was meant to be quite a serious photo shoot. 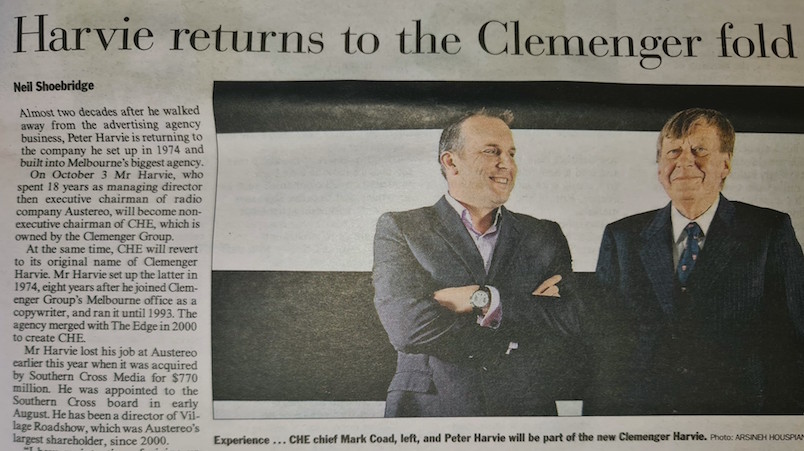 I loved the time we worked together. I also know that others who went on the lead the Clemenger Harvie business – now called CHEP – feel the same. Chris Howatson and Andrew Drougas have shared very similar experiences. Harv was tireless and relentless. He cared deeply about the people he worked with, and they cared deeply for him. He brought an energy to the place, along with a giggle. We all loved his references to his early days in the military. A pitch loss was ‘target practice’ and a new business prospect was a chance to ‘mount an attack’. Harv would cook up a plan to ‘form a flying wedge’. I would be tasked with taking the ‘offensive up to them from the right flank’, he’d be focussed on covering off a Board member or two whilst the creative team would ‘storm the beach’. And he loved it. He loved the challenge and he loved the competitiveness.

I eventually headed off to new challenges, but we kept in constant contact. We maintained a working relationship as Trustees on the Commando Welfare Trust. This is a charity that Peter helped establish that cares for the families of injured and killed soldiers of Australia’s elite and Special Forces. We worked on that for several years, most recently aligning our Trust with the AFL Anzac Day match in April just gone. One of the many, many things Peter has done over the years to give back.

I don’t think any of us will ever really know the extent to which Peter ‘gave back’. He had incredible generosity – and wanted to use that with no fuss whatsoever. In fact, he’d simply refuse: Any opportunity there was for him to be thanked, acknowledged or recognised would be brushed off. “Don’t be silly…not necessary”. And off he’d walk.

There are two final things I’ll add about Harv. He was a very private person. I think that’s why he really didn’t like being the centre of attention. He was also a creature of habit. He would never drink during the day. He just simply refused. “No…I never drink before 7.20pm.” To this day, I do not know why he chose to wait until 20 minutes after 7 o’clock to have his first beer for the day.

The world has lost a great human. Very few people will leave a legacy the size of Peter’s. He was a Hall of Famer in both the radio and advertising industries. He touched the lives of many, many people – and whether you were a junior advertising exec or a celebrity – you got the same Peter Harvie. Polite, caring, curious, interested – and all done with that cheeky smile and infectious sense of humour.

A lot of people are going to miss you Harv.

‘If you can’t build your brand on TikTok, then you don’t have a brand’: How specialising too early is choking the talent pipeline, narrowing skill-sets, undermining marketing 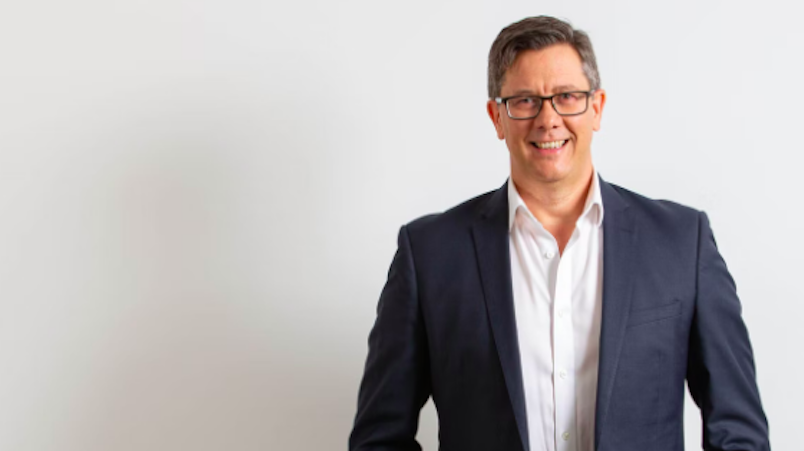 The talent crunch has exacerbated a trend towards overspecialisation in those entering the workforce, at the expense of... 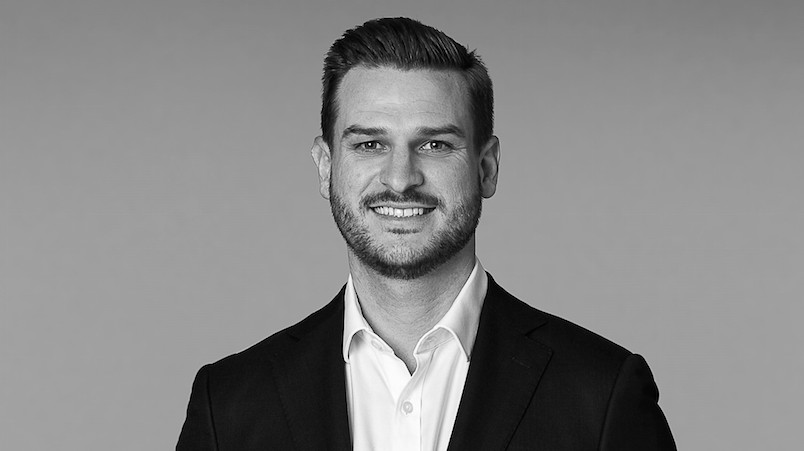 There’s debate around “tech tax” and disparate pricing within programmatic out-of-home (pDOOH). But the reality is that the...

Time to measure off platform: Why your Meta ads are underperforming and how to fix them – Sparro 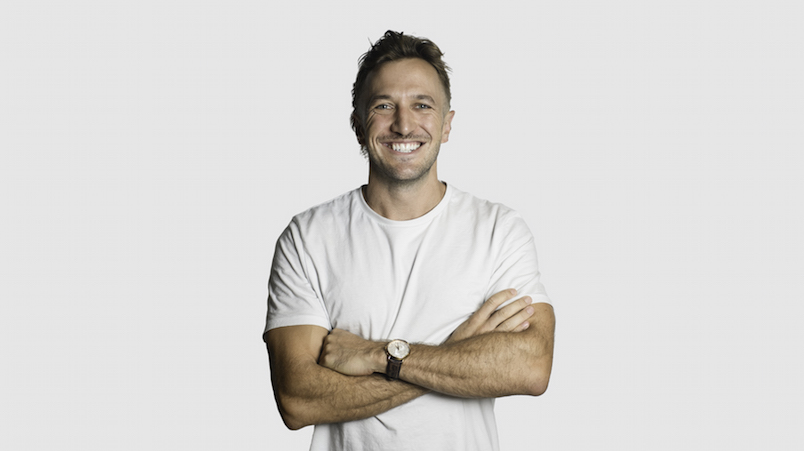 Australia’s largest digital indie shop Sparro has run the numbers on Facebook spend and found the true impact of Apple’s...