Don’t target yourself out of business: The DOOHs and don'ts of programmatic buying 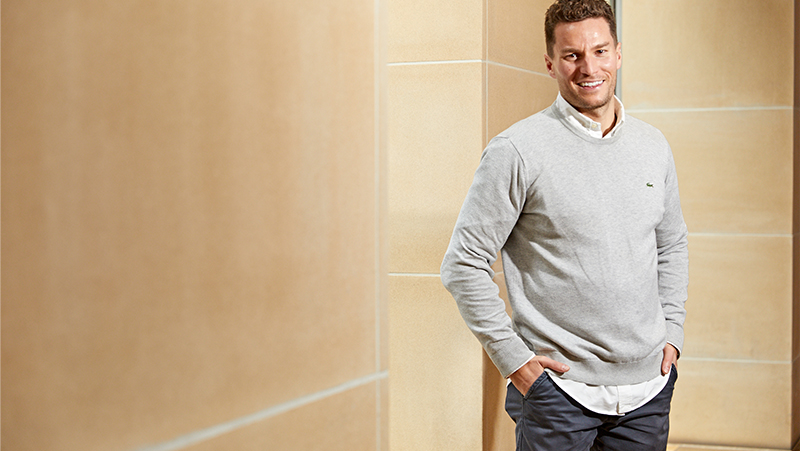 Programmatic out of home requires a different approach to other digital channels. Here’s how to nail it.

Programmatic digital out of home (pDOOH) is set for a big 2022. But some brands are making early mistakes with the medium that will end up costing them business. Programmatic out of home requires a different approach to other digital channels. Here’s how to nail it.

Out of home (OOH) is back in a big way. For a medium that monetises audiences and their attention spans while out and about, there haven’t been too many years more challenging than 2021. But with cities springing back to life and people returning to shopping centres, public transport, offices, gyms, bars, motorways and (eventually) airports, there’s a renewed sense of excitement around OOH. And for good reason.

While the last 20 or so months have hit the industry hard, the programmatic digital OOH (pDOOH) space has continued its impressive growth. This is largely due to its relative nascency, along with the greater flexibility it affords both buyers and sellers. In fact, IAB Australia’s recent Attitudes to Programmatic DOOH report found that over one third (34 per cent) of brands and agencies are regularly buying DOOH programmatically, while the very vast majority of the remaining two thirds have either already tested pDOOH or plan to in the near future.

With well over 90 per cent of Australia’s DOOH inventory expected to be available for programmatic buying within the coming months, it’s foreseeable that many more brands and agencies will be giving pDOOH a go in 2022. As with any decision around how best to divvy up a marketing budget, it’s important to ensure that both the medium (DOOH) and the technology (programmatic) are doing their fair share of the heavy lifting. For advertisers and agencies who might be new to pDOOH (or completely new to DOOH for that matter) and are thinking about giving it a try, there are a few things to keep in mind:

Don’t run the risk of targeting yourself out of business

When done right, OOH has the power to make brands famous. Generally speaking, its role in the media mix is to efficiently deliver reach, en masse, while acting as a top-of-funnel driver of both awareness and consideration. Make no mistake, this is exactly where the medium belongs. And while DOOH has enabled brands to be more tactical and targeted in their approach (pDOOH even more so), it will always be, fundamentally, a one-to-many broadcast medium.

I recently came across a pDOOH brief from a large pharmaceutical manufacturer (I won’t mention the agency or advertiser), looking to promote a new SKU of hayfever medication. I’ll admit to paraphrasing a little here but the brief went something like this: “We want to run in busy train stations during peak commuter hours, when the pollen count is either very high or extreme but only on screens within 50 metres of a Priceline pharmacy”.

Don’t get me wrong, the fact that pDOOH makes such granular and multifaceted targeting so simple to execute is testament to the technology; but if the end result is a campaign which only reaches 10 people, it’s probably not going to do much to help the brand sell more hayfever medication, regardless of how effective it might be.

It’s also important to remember that online behaviour and real world behaviour are two very different things. The lead time between seeing an OOH ad and buying a product is typically longer than it is online. While you might see an online ad for Adidas trainers and decide to make a purchase then and there, the same isn’t usually possible when walking past a billboard. To use the hayfever medication brief as an example; while I’m unlikely to head straight to the nearest pharmacy upon seeing the ad, I’m more likely to go straight for that brand the next time I’m struck down by hayfever. When planning and buying your next pDOOH campaign, it’s important to consider OOH’s inherent strengths in order to ensure the best results.

Audience impressions are the currency which underpins how pDOOH campaigns are bought and sold, meaning it's more important than ever before for OOH to be able to accurately measure its audiences. Fortunately, the industry has made significant progress in this space over a relatively short period of time and the pace of these improvements will only continue to gather steam.

Most OOH publishers now have access to robust, independent, reliable and granular data sources, enabling them to more accurately determine the count (how many), composition (who are they) and in some cases, intent (behaviour) of their audiences. Computer-vision, mobile location and real world purchasing data are just a few of the different technologies and data sets being used to quantify and qualify OOH audiences.

While more data is a good thing, it can create confusion. The same IAB study I mentioned earlier found that a lack of standardisation in the way that OOH audiences are measured is one of the biggest things holding the medium back from a larger share of ad spend.

Fortunately, a greater level of standardisation is coming, with the industry’s governing body, the Outdoor Media Association (OMA) developing a new industry standard for DOOH measurement.

In the meantime, while it’s true that not all OOH audiences are currently being measured with the same ruler, that doesn’t mean that the ruler is broken. A lack of standardisation in audience measurement shouldn’t be a barrier to pDOOH, provided buyers understand and are comfortable with the various forms of measurement being used.

With the impending demise of third-party cookies fast approaching, many advertisers and agencies will inevitably lose some of their go-to targeting options. Contextual targeting is a great alternative and should be considered as part of any DOOH or pDOOH campaign. Contextual targeting in DOOH can be as simple as running your campaign in a specific location or at a specific time. For example, running a campaign in business lounges between Monday and Friday is probably a great way to reach key business decision makers.

Beyond things such as location and time of day, external factors such as weather conditions, stock prices or pollen count (yes, even pollen count) can act as a reliable proxy for audience composition and intent.

This is where pDOOH really comes into its own by allowing brands to be more creative and relevant with their contextual targeting. For more advanced contextual targeting, there are a number of demand-side platforms (DSPs) – including our owned and operated DSP, Campsite – which enable buyers to set up their DOOH campaigns so that they only appear during particular moments. For instance, when the sun is out, when it’s above 30 degrees, when the Aussie dollar is up against the greenback or when the ASX clears 7500 points.

There are a number of very relevant applications for this sort of targeting. For instance, a manufacturer of hybrid or electric vehicles may only want their campaign to appear when the crude oil price is above $80 per barrel, or an airline may want to promote flights to the Gold Coast when it’s beneath 16 degrees in Melbourne. As DSPs add new contextual targeting capabilities and buyers become more confident with the technology, it’s inevitable that we’ll see more creative and engaging campaigns brought to life by pDOOH. Brands can even choose to activate campaigns using their own custom data sets. The possibilities are endless.

A good education is a foundation for an even better future

That very same IAB survey (apologies again, but it’s a very good survey) found that addressing a lack of advertiser and agency understanding is integral to the ongoing growth and adoption of pDOOH. Knowing the benefits that this technology can bring to buyers, along with when and how it should be utilised for the best results is not only important, it’s essential.

Both Broadsign and the IAB are committed to improving advertisers’ and agencies’ understanding of this space and have recently launched a number of educational resources and initiatives, including the IAB’s DOOH Buyer's Guide, along with Broadsign’s Media Buyer's Guide to pDOOH and our hot off the press partnership with programmatic training platform, DOOHX. We encourage you to take a look.

Whether you’re already enjoying the benefits of pDOOH or planning on giving it a go in the near future, we look forward to growing with you in 2022.

It’s good to be back.