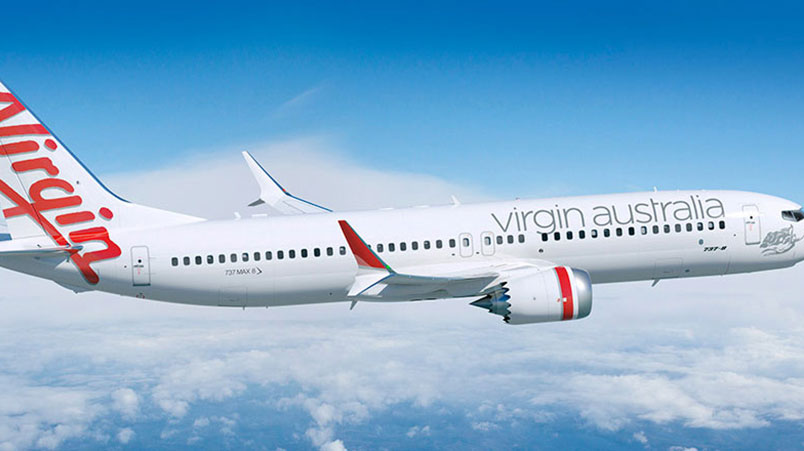 Virgin Australia had to make deep cuts to an already lean marketing team after Covid grounded planes and pushed it into administration. Under new private equity ownership, the airline is now gaining altitude and velocity. Search is surging towards pre-pandemic levels, the brand is advertising its wares once more and has big plans to unlock greater reward and yield from its 10 million loyalty members. It may be that the marketing and loyalty function integrate much more closely in 2021.

Grounded for a year

Few brands have had a tougher year than Virgin Australia. After the bushfires came pestilence, shutting borders, grounding planes and crippling the airline industry.

Virgin Australia entered voluntary administration in July and by November was acquired by Bain Capital, appointing former a2 Milk CEO Jayne Hrdlicka to lead the business.

In the process the airline has lost 40% of its workforce. Virgin Australia General Manager Brand and Marketing, Michael Nearhos, says his team faced similar cuts.

However, as the business begins to rebuild and restrictions ease, he hopes to reverse that trend in the coming months.

“The majority of our staff were stood down almost immediately, with a small team left to handle the limited amount of comms we had in market,” Nearhos told Mi3.

“We have been left with permanent job losses, something we knew would happen. But a good chunk of staff has also been stood back up and that’s been a fortunate part of the marketing function, given the lead time needed to execute campaigns.”

Nearhos says from entering administration in July until the change in ownership, the brand relied solely on its owned and earned channels, with everything taking place in-house.

He says there was no paid media, with the majority of messaging focused on addressing members’ concerns.

Virgin Australia’s membership and loyalty program, Velocity (which has 10 million members), sits outside of the airline and was not “technically in administration”, he says.

“Our members were the main concern at first, the Velocity brand was still active, and a lot of direct marketing was about responding to the enquiries we were getting,” adds Nearhos.

“This was pretty simple and clear content, handled in-house, that was primarily addressing issues about cancelled flights, outstanding rewards points and outstanding bookings.”

According to Nearhos, despite being heavily in the public eye throughout the last eight months, with only social video platform TikTok in the mainstream media more, brand health held better than expected.

Over the course of the year, research from Virgin revealed 82% of the public were aware of the airline’s financial situation but was reporting an increase in awareness and consideration levels.

“In relative terms compared to the rest of the market, we did dip,” Nearhos says. “However, compared to our initial forecasting we were pleasantly surprised by our brand health metrics.”

Oxygen for the 'arteries of Australia'

Just over a month into the new ownership, Virgin Australia is back in market with its first major brand campaign since the pandemic hit.

Working CHE Proximity, the agency that usually handles the creative and media for Velocity, instead of DDB Australia, Nearhos says the brand needed to “instil confidence” around the brand both externally and internally.

“Airlines are the arteries of Australia in many ways and we need to ensure that there is a clear competitive set when it comes to fair pricing and travel options,” Nearhos says.

“This campaign addresses our new brand platform and reminds people that there is more than one option, that will be backed by performance media around our price and location point marketing to reach consumers throughout the entire funnel.”

Last week, Virgin launched a 12-hour flash sale of 60,000 fares from $75 and Nearhos says it will  continue to harness those tactics over the coming months as demand soars: While too early to give detailed results for the campaign, Virgin is seeing pre-Covid levels of search and digital engagement.

Virgin also expects it will reach 60% of prior year domestic capacity and approximately 78,000 additional weekly seats between Victoria and New South Wales and Queensland by January 2021.

Internally, the campaign was also an “inspirational return” for many of those working for the business, he suggests, with Virgin’s internal workplace channel reporting a 100% score for positive sentiment around the work.

Taking off in a new direction

Since taking the helm, Virgin’s new CEO Jayne Hrdlicka has set out the airline’s new pitch.

The plan will see the airline compete in its mid-market heartland for guests who want a more premium experience at a competitive price.

Nearhos says the brand will serve all customers but will build its new marketing proposition around its long-standing members, which include price-conscious corporate travellers, small to medium businesses, premium leisure travellers and holidaymakers.

“We want people to choose us for all their travel purposes but we also see a real gap in the mid-tier market and it will play into a position of offering real difference,” Nearhos says.

“Essentially it’s those wanting to upgrade from a Jetstar experience but don’t want to spend money on unnecessary extras that come with the top of the line experience.”

The brand has also made a commitment to retain a domestic market share of roughly one third – which it says was roughly what it had prior to Covid.

Virgin is also bringing together its loyalty and marketing functions, with greater ties expected between Velocity and the airline brand moving forward in a bid to leverage the opportunities afforded by those 10 million members. For context, Qantas’ loyalty business posted Ebit of $341m in August, the largest single positive contribution to group FY20 profit.

Repurposing its latest campaign suggests it has already begun to exploit those synergies.

“This latest campaign was pre-emptive work that was originally planned for the Velocity brand but given that the two are beginning to operate under a more unified proposition it encompassed both sides of the business,” CHE Proximity Chief Strategy Officer David Halter told Mi3.

“We had been working pro bono for the brand this year, as Velocity has been an account that has defined the agency in many ways - and we couldn’t ignore the chance to be part of arguably one of the biggest corporate comebacks of the year.”

Media mix up in the air

Nearhos says while Virgin would not have been able to “last much longer” relying on its owned channels and small internal team, it has given the brand a chance to reflect on its marketing mix.

He says the brand is still “taking stock” of its next moves but sees Virgin leaning to a 50/50 split between brand and performance.

“Our owned and earned channels worked extremely hard for us over the course of the last eight months, so you can’t ignore our CRM capabilities and the engagement of our members," Nearhos says.

“However, above the line remains invaluable, as does performance. We need major campaigns now more than ever for that reach and engagement, as well as our performance and SEM for that direct response and price point activity.”

Halter says there was also a lesson of “less is more” that came out of the way Velocity engaged with its members.

He says the brand went from 10-12 direct campaigns a week to only three or four during Covid, which saw open and engagement levels “go through the roof”.

“From both a brand and agency perspective, there is a lot to weigh up going forward but it’s clear that there are a lot of learnings from this that you will see as we continue to work together,” Halter says.