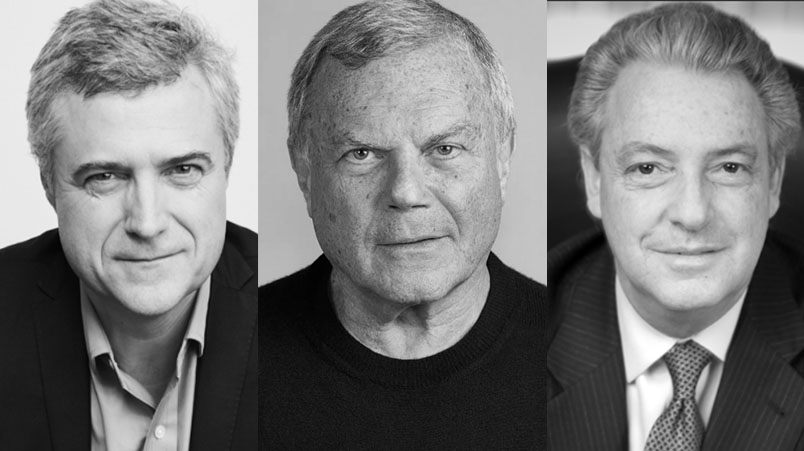 Covid-19 has proven holding companies are "past their use-by date" according S4 Capital's Martin Sorrell as agency group global bosses this week from WPP, IPG and S4 Capital touted digital acceleration, hybrid working from home models and fractured consumer confidence as the key trends of the coronavirus crisis. However, S4 CEO Martin Sorrell says people need to stop thinking of this as "the new normal" and realise it is simply the next stage in the evolution of media already underway, urging companies to adopt digital strategies "more quickly than ever before".

Not the new but "the next normal"

S4 Capital boss Martin Sorrell says it's time to stop using the phrase "the new normal" when talking about the current media landscape, instead labelling it "the next normal" - an evolution that was already underway driven by rapid digitalisation.

Speaking at Advertising Week JAPAC, the provocative, co-inventor of agency holding companies says the world is currently living in wartime, adding that while there was unlikely to be a complete V-Shaped bounce back in the economy, key segments likely to experience them were indicative of where the world is heading.

"The traditional media approaches are under very heavy pressure,"Sorrell says. "From an enterprise point of view, CEOs who were unwilling to embrace digital transformation because they accepted the status quo will go by the board because Q2 will disturb that status quo."

"In July and August when companies start to report their second-quarter numbers, it's going to get really depressing."

Despite this, Sorrell says he remains "glass half-full",  mainly because technology dominates S4's portfolio, estimating it to be 50% of its current $400m in revenue.

"Even the consumer packaged goods that we work with are now embracing first-party data, digital advertising content, personalisation at scale and programmatic," Sorrell says.

"We're a purely digital company because we know that's where the growth is. Even in the teeth of COVID-19, where clients are cutting their budgets, they're shifting money online, so the big lesson here for those not evolving already is 'move ahead digitally as fast as you possibly can'."

According to Sorrell, the second focus for businesses should be in personalisation and first-party data, as the cookie apocalypse approaches and more consumer behaviour merges online.

He says this will ultimately see marketers driven even further towards platforms like Google, Facebook, Alibaba and TikTok, which will become "more dominant than before".

"Like it or not, the strong will only get stronger. First-party data will now drive personalisation at scale, leaving behind the ads that take three months to shoot out in the Nevada desert. You will now produce material, contextualise it, see how consumers react and you pump it out programmatically," Sorrell says.

The third takeaway for Sorrell is the rise of the "faster, better, cheaper" philosophy. He says this will become the main corporate attribute moving forward, as every business will now have to fully understand the digital ecosystem to survive.

He says this all ties back into a new unitary structure, where one company, which may be made up of many parts, needs to operate seamlessly and in a singular nature.

"The holding companies are past their sell-by date. They're too unwieldy and funnily one holding group CEO made a comment,[admitting] how they operate, he said 'it takes a long [time] to pull the levers," Sorrell says.

Sorrell says that's not going to be good enough for brands and marketers going forward, with many seeing the benefits of having agile and faster service throughout the crisis.

"One article said 50,000 people will be laid off from the holding groups worldwide this year. While they are cutting down, we are adding up in a growing business. We will take good people from technology companies, holding groups and consultancies that now want to work in a digital-only environment," he says.

Sorrell noted that his structure is primed for the future, with people not working for him under the typical holding group layout but operating in partnership, adding that if people come to him with intentions of selling, don't bother.

He says the businesses work for the enterprise.

"The separation of ownership and control means that the people who come into the business, still own it," he says.

Not your normal recession

He says there is a clear difference in the recession that we are entering, with the current situation being a consumer-driven recession, rather than a capital-based scenario that was seen globally just over a decade ago.

During that time, Roth says the advertising and media industry virtually came to a standstill. However, this is not being seen now with some sectors using the opportunity to drive brand-building strategies.

"In a consumer-driven recession, the issue for the industry is businesses - when will they recover. Since it is led by consumers, we need to have small businesses come back and put money in consumer's hands," Roth says.

"Once we see that kind of spending, we'll begin to notice a dramatic positive impact on the advertising sector. But until the small to medium-sized businesses re-open and begin working and are able to employ the people [they've lost], it's going to be hard to expect that consumerism will bounce back."

During this lull in spend, Roth says there is an opportunity for agencies to find the "right audiences" for brands through targeting and data management capabilities and opens the door for more transformational and digitally-led work to take place.

He also disputed the idea that spend will bounce back by the third quarter, placing more emphasis on fourth-quarter normality, with consumers still in a 'saving mindset'.

"It is interesting to see how much of the economic stimulus, such as job protection and unemployment, is actually going into savings. This is causing a pent up demand for spending," Roth says

"The issue is that people are afraid of the future and until they get comfortable with what is happening on a macroeconomic basis, they won't be spending that money too soon. It's our job, when they do spend, to find the right brands and highlight their relevancy."

Turning his attention to the working from home debate, Roth says there has been increased productivity across the board because people are less likely to shut off or work to normal hours.

He says people are waking up at 7.30 in the morning and instead of spending time getting ready or commuting into an office, are walking to wherever they keep their computers and starting work.

It is also impacting normal daily working habits, with people having lunch at their computers. While this is sending efficiency levels "off the chart", Roth says it hasn't come without its own set of issues.

"Part of our messaging to our staff has been saying 'go to lunch'. We had a big town hall meeting globally and we had to tell everybody to go and take a break, put down your computer because you are working too hard," Roth says.

"Eventually they are going to hit a wall, so it's up to us to make sure that our people are comfortable with the environment they are in and the single biggest question to us...is 'are you going to require us to come back to work?' And we say absolutely not."

However, Roth says this will still require the business to ensure the safety of its staff from a mental health perspective.

He says companies that entered the pandemic with the right strategies already in place will actually come out in stronger, advising clients to view the situation as an opportunity to evolve current e-commerce and digital offerings rather than seeing it as a "significant up-turn" of life that will immediately bounce back.

"We are looking at this in three phases - react, recover and renew. Today we are moving into the recover phase," Read says. "The react phase was a single-minded approach as brands figured out what they would do, what they would say and how they looked an overall impact."

"In the recovery stage, as we have the virus under control, it's about how will comms recover, how brands can get back into the market and reconnect with consumers. What is really interesting is this renew phase. This is examining how things are fundamentally different and how brands are going to recast their businesses, strategy and how to commit to consumers in new ways."

From a WPP perspective, Read says while areas of the business, such as traditional above the line advertising, have been impacted, other sectors like public relations have "climbed the food chain".

He says the PR sector of the business has been one that felt the least impact. The holding group boss also says the pandemic required internal decision-makers on both agency and client-side to have a deeper involvement in overall operations.

"That's something that we can learn from. The other conversation has been around in-house agencies and clients that have wanted to do everything on-site," Read says.

"Now that everything is working remotely and proving that it does function, they are starting to question the point of having those teams on site. It's an ironic part of this entire thing."