How Virgin set a new benchmark for agency reviews, transparency and procurement 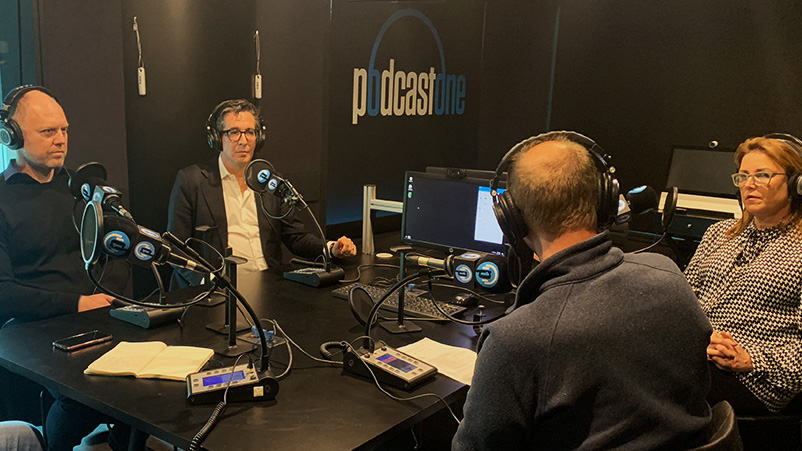 You've heard it before - the debate is richer and more detailed in the Mi3 Audio Edition - listen on-the-go in 20 minutes flat. Hit play here.

Simon Rutherford says he’s been banging on about transparency since 2012. And for all the talk, recriminations and soul searching in recent years, not much has changed. He thinks an agency may need to “fall over” for that to happen.

“It’s marginally improved,” he suggests. “[Back in 2012] there were agencies buying business, undercutting prices by so much that it just wasn’t feasible for them to be making money unless they were making it in other ways.”

The answer is by marking up inventory, he suggests, or “receiving other commissions that a transparent agency doesn’t”.

Rutherford says the definition of transparency is simple - that business models should be easy to see through.

“It shouldn’t be hard for clients to know how you are making money.  If you’re a consultant who’s helping clients invest their money, you should be able to be very clear on how you’re making money - particularly if you’re also selling them inventory.”

“The ANA came out saying ‘we need transparency’ and everyone has latched onto that. But transparency is very hard to achieve. It’s about the whole supply chain and that is not something the media agency can necessarily impact.”

Woolley suggests it is better for clients to ask for disclosure. “Because that is a much more interesting discussion than whether or not you are transparent.”

Davidson thinks it may be starting to catch on – though she has only once seen it in the flesh.

She cites a recent pitch Tumbleturn set up for Virgin Airlines, where the client determined what it valued from an agency and set the payment terms upfront. Only then was the contract then taken to market, enabling all agencies to pitch on an equal basis – not on price.

“[Virgin Airlines] wanted to focus on the quality, the people and the strategy.  By setting fair and reasonable terms, the process allowed that to happen.”

Procurement’s a dirty word for most media buyers. But Davidson suggests they are not the bad guys.

“They are only dealing with the price levers in front of them and often it’s about making it cheaper than the previous contract,” she says.

“Once you sit down with them and educate them on the whole supply chain, how the whole thing works, they can become the people that will go to the CFO and support the CMO on why things need to change - and the fact that marketing and media specifically should be an investment into quality and strategy and not just about lowest possible cost.”

Darren Woolley agrees that procurement is given bad press – but despite some signs of progress and ‘education’, around longer-term value, he thinks the “vast majority” of procurement remains cost-driven.

Who blinks – agencies or media owners?

But there is only so much fat that can be cut. Woolley believes media owners have a role to play in changing that.  He cites recent experience in the US, where a major retailer with a new agency demanded lower and lower fees.

“Finally, the media owners themselves stood up and said, ‘No. This is it. This is the base and you cannot be in television unless you’re willing to pay it.’ So, the retailer faced potentially being locked out of television for 12 months, which caused them to re-think. This is what we need,” says Woolley. “For the media owners themselves to stand up and stop enabling this behaviour either by guaranteeing lower rates or providing kickbacks … because this is not a sustainable business model and someone has to make a stand.”

While Woolley thinks it might be easier for a handful of large media owners to form a united front than a few dozen agencies, Rutherford suggests agencies “should exercise their right to say no” to unreasonable terms.

“Why would you take on a relationship with a client that doesn’t want you to at least be profitable and to make money working on their business?” he says.  “That’s not a healthy relationship.”

Woolley believes the best way to solve the remuneration model is to tie it to actual business performance, i.e. growth.  That requires a long-term view, but he thinks it is a viable model today.

“I think we’re already seeing the conversation around performance and growth. We’re also seeing a conversation that says it’s not just short-term performance.  We’re looking at how to measure media in the long term.  So when we start seeing media agencies get on board and their margin being driven by contributing to that growth, I think we’re going to see a big difference,” Woolley suggests.

“There’s already enough data in the marketplace to enable these measurements.  When we start seeing clients start to embrace that, they’re going to look for media partners that are willing to be part of the deal. Not just selling a service, but actually being part of that investment and being rewarded for [driving] growth. “

To reach that nirvana, the panel agrees clients have to stop pitching for the sake of it.

In Australia, Woolley says pitches are happening more regularly than ever.

“It used to be that you’d roll the contract, extend it or keep going until there was something wrong. But [now] every three years, there’s a pitch even if the incumbent is doing a great job.” Woolley says that is “crazy and is actually working against delivering the growth that marketers want”.

The solution, he suggests is not to pitch, but review the contract on an annual basis – and that even where there are problems in a relationship, spending six months fixing them may be far more productive than the disruption of a pitch and onboarding of a new agency.

Tumbleturn’s Jen Davidson says clients may be better off “staring into their own business and having a good hard look about how they are acting and behaving as a client,” before laying the blame at an agency’s door for perceived failures. “Clients need to take a little bit more accountability for the relationship as well,” she says.

Slingshot’s Simon Rutherford brings it back to procurement, and suggests where pitches are taken forward, the metrics of success are shifted from cost to long-term performance.

“If procurement departments are set KPIs on the long-term tenure of a relationship then the value in the relationship is built as a better outcome,” he suggests. “Because if you go through a long pitch, you’re setting the business back at least 12 to 18 months, given you’ve lost the knowledge on the business and have to go through a lengthy process that [mothballs] the outcomes they want to achieve.”

Mark-ups or pay for performance?

Brand Traction’s Jon Bradshaw says that tension is at the “heart of the debate”. Clients, he says must “start by deciding what it is that they want. Do you want lowest cost media and low fees? Then, you can go out and achieve that. Or do you want to use media and advertising as a powerful driver of growth for your business?”

But he says media agencies, if they want fair rewards for delivering growth, have a fundamental decision to make.