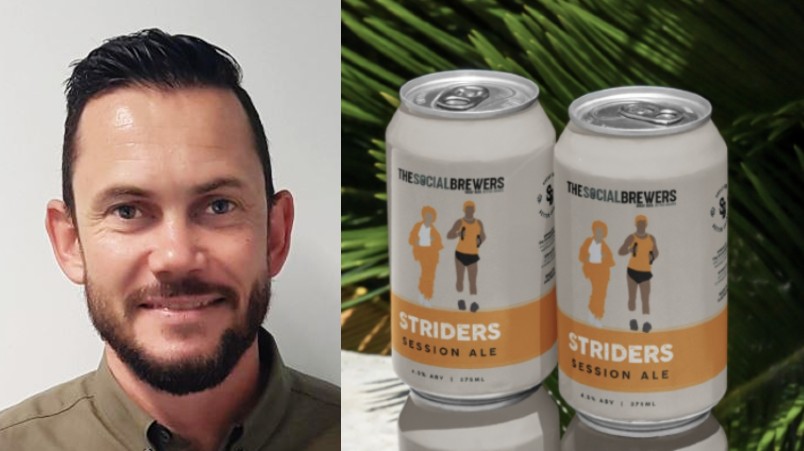 Former Samsung media boss Beau Curtis thinks marketers have been stripped of almost all powers. Of the four Ps, they are left only with promotion, the rest – product, price and place – swallowed up by corporate machinations. So he did the only sensible thing and started a community brewery. Amid a huge trend towards localism and local producers, Samsung's corporate marketing cull could end up being craft beer's gain.

There is no reason why every suburb in Australia shouldn’t have its own brewery.

Refreshing the Ps others fail to reach

Samsung’s former head of media Beau Curtis has turned his back on the corporate grind to start a brewery, aiming to slake a powerful consumer thirst for localism and community-centred brands while wresting back three of the four Ps he says have been stripped away from marketers.

The plan was bubbling away before Samsung took an axe to its corporate marketing department in a power play that also forced the exits of CMO Josh Grace, digital and data chief Mick Armstrong and media partnerships manager, Rebecca Johnston.

After suffering a cardiac arrest three years ago aged 39, Curtis was grimly aware of life’s transient nature. He sought control of his own destiny – and to fill a market need doing something he genuinely loves: craft beer. With council approval for the brewery secured last week, Curtis hopes to pour first pints before Christmas.

Maccas CMO Jenni Dill departs - more marketers under the pump
Want truth? 2020 was the year marketing had to have to bury a tormenting decade of ‘The CMO is dead’
Salesforce Global CMO Stephanie Buscemi on flipping mass events to 12 minute micro-niches, ditching big sells for quick wins and bringing the CMO Club to Australia
Ogilvy’s Rory Sutherland on why marketers are wasting 75% of their powers; top CMOs on how Bunnings, Woolies, Atlassian and Four Pillars Gin are saving the world

The former MediaCom content director joined the consumer electronics giant “to be the driving force behind decisions… but at big corporations like Samsung, you don’t necessarily get that,” Curtis told Mi3. “And that’s not a Samsung-specific issue. I was going to have the same problem at any other corporate.”

Meanwhile, he had “no burning desire to be a CMO. I looked at the weight those guys have to carry and … that’s not a life I really want”.

Curtis reckons other CMOs are thinking the same thing after a slow but sure erosion of power.

“Marketers have lost control of all the Ps except promotion. We’ve effectively become advertising people, not marketing people. Product decisions are driven by organisational [rather then consumer] need … There are still companies who do build things the right way, but the general sense I get is that most marketers are very tangentially involved in the rest of the Ps – product, price and place. They are really just focused on promotion,” says Curtis.

“So that’s the way I looked at it: If you want to be involved in all aspects of marketing, you have to start your own thing, because that’s how you have complete control.”

Besides, he says, the writing was on the wall at Samsung.

“Corporate marketing was being sidelined and knowing that, I had conversations with senior marketing people and said ‘what do you need from a head of media to help you get more from marketing?’ And the answer was, ‘er, nothing’. So that wasn’t a great sign.”

Beer was the logical answer – and a personal one; there were no decent pubs in Curtis’ locale of Peakhurst, or at least any that sold craft beer. He’s planning to change that by brewing 100,000 litres a year while tapping the local brew community as co-creators. With DA secured, the brewery build is now underway.

“I saw a need, I researched it, applied my marketing skills to determine whether or not this thing is a good idea. Very early on I spoke with a handful of people who are business savvy and said ‘this is my target audience, this is my penetration target and marketshare target’. And to make it successful, I only need three per cent of the craft beer drinking market in my area – that’s not an enormous number. I’ve got to see 20-50 people a day for four days a week, in an area with nothing else like it.”

You’ve got this forced return to local. Because of lockdowns, area restrictions and work from home, people have become reacquainted with their local market ... People acknowledged how important it is to support local communities under pressure. And that behaviour has really stuck.

Think small: The return of localism

As well as on-site sales, Curtis will also supply direct to local retailers – with even big chains such as BWS now actively promoting their local ranges and seeing sales jump as a result. Localism, is seems, is a strong post-Covid trend.

“You’ve got this forced return to local. Because of lockdowns, area restrictions and work from home, people have become reacquainted with their local market,” says Curtis. “We are starting to prefer to shop local, we’ve got to know the local butcher or café owner that we never really knew before – and that’s a trend that started with the bushfires. People acknowledged how important it is to support local communities under pressure. And that behaviour has really stuck.”

As such, Curtis is not planning to be the next Balter or Stone & Wood – and doesn’t see the likes of Lion making many more craft acquisitions.

“If you launched with the expectation of being bought out, your capital investment is a couple of million of bucks minimum,” he says. “Anyone trying to open a brewery with a national footprint, the minimum production threshold is seen as a million litres a year.”

“I’d probably be happy if it gets to that point. But the ambition at this stage is that it provides me and my family with the lifestyle we want through doing something I enjoy – like the creative process,” says Curtis. “I haven’t really been able to get involved in the creative side of marketing. And that’s something I really enjoy – creating something, going through the process of putting it together, have it come out the other end and have someone put that glass to their lips and say, ‘Jeez that’s nice.’ There are not many feelings like that.”

The brand – The Social Brewers – reflects Curtis’ intent. He aims to brew “three or four” core beers, with the first session ale already produced via local brewery Willie the Boatman. The others will be an IPA and “probably” a traditional English mild and a Hefeweizen, though will change with the seasons.

But Curtis also aims to tap the local homebrew community – with Peakhurst home to one of the largest homebrew shops in NSW.

Meanwhile, another local is Barry Cranston, “who has been a national champion homebrewer for something like 15 of the last 20 years,” says Curtis. The two are members of the same homebrew club, “with Barry trying all of my beers as I’ve developed the recipes,” says Curtis.

“Barry likes to keep quiet about what he thinks about things… But the idea of having a beer on tap that Barry has helped to brew or any of the other guys within that community is really cool. Also, the idea of being able to give back to those guys to split the cost of production, use our kit, create this beer, put it into a commercial format, have it on tap and share the profit….Who doesn’t dream of seeing their beer poured from the tap in their local?

“And if it inspires others to follow their passion and start their own brewery that’s a couple of blocks or a couple of kilometres away, then great,” says Curtis.

“There is a market here that needs to be stimulated. A couple of people have plans for craft beer bars, the local bottle shops all stock a reasonable range of craft, there is demand for it in this area.

“I think there is no reason why every suburb in Australia shouldn’t have its own brewery.”

Maccas CMO Jenni Dill departs - more marketers under the pump
Want truth? 2020 was the year marketing had to have to bury a tormenting decade of ‘The CMO is dead’
Salesforce Global CMO Stephanie Buscemi on flipping mass events to 12 minute micro-niches, ditching big sells for quick wins and bringing the CMO Club to Australia
Ogilvy’s Rory Sutherland on why marketers are wasting 75% of their powers; top CMOs on how Bunnings, Woolies, Atlassian and Four Pillars Gin are saving the world 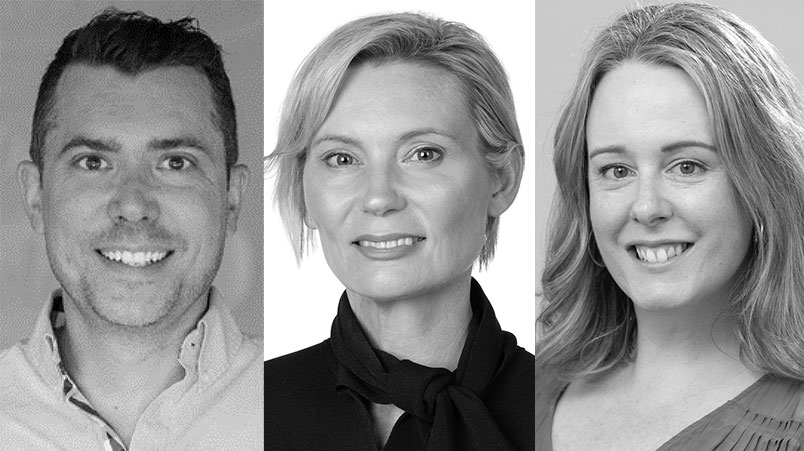 Four of the major ad holding companies have struck deals to use Professor Karen Nelson-Field’s attention platform. But Melbourne-based independent agency Hatched is stealing a lead, hitching its business to the attention economy and metrics – and trials are delivering bumper results for its client brands. Now it's eyeing programmatic attention trading. 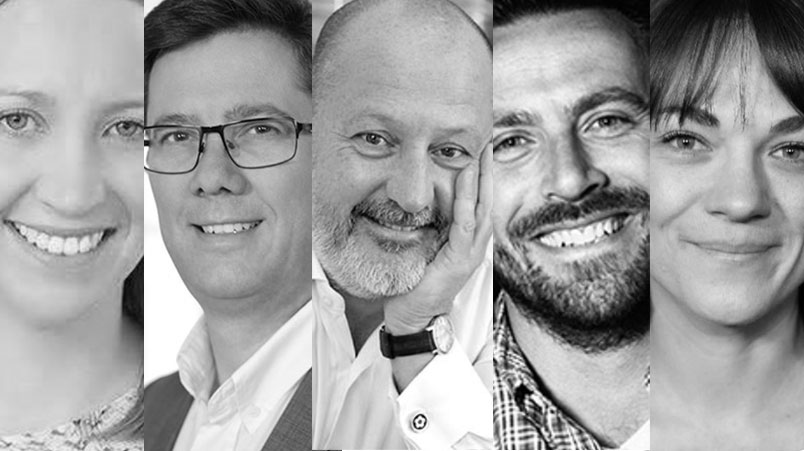 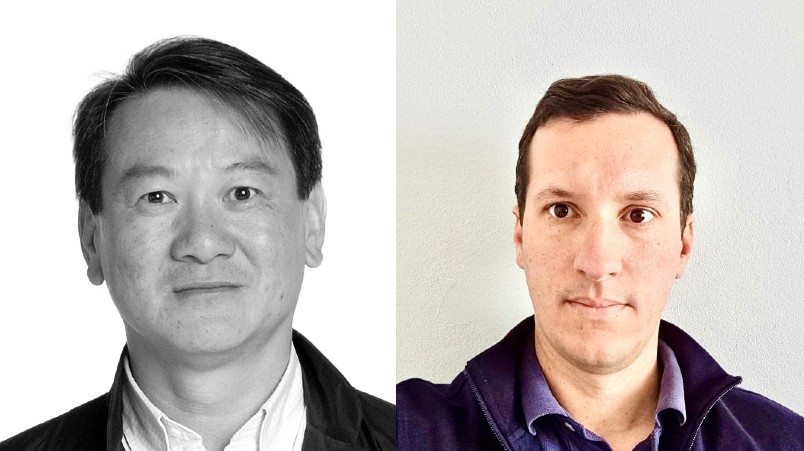 Havas Media Group Australia has a new CFO, after Philippe Tia was named CFO of the group’s Edge Performance Network agency in London. Sebastien Leblanc, who has spent the past 12 years in South America, has taken up the local role.