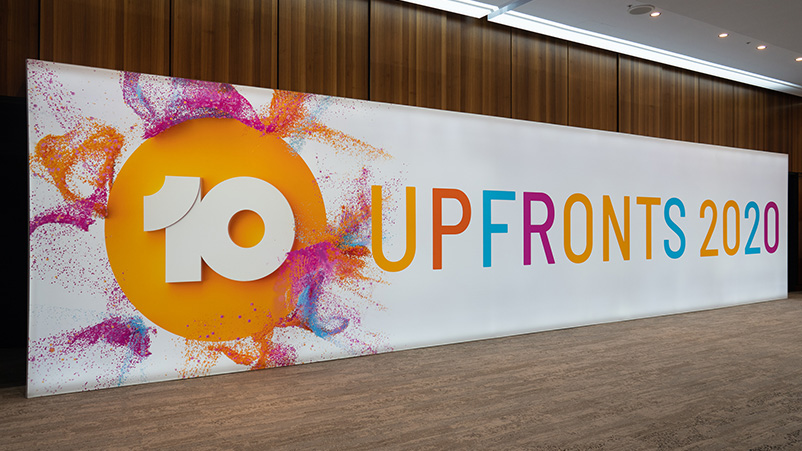 1.    Keep things fresh across the content lifecycle
“We’ve seen a little bit of fatigue this year in what we would call the big legacy brands,” says Beverley McGarvey. “Seven, Nine and us have all seen that. You have to have an interesting mix of shows at all stages of their life cycle. That’s not necessarily a genre thing. We have The Masked Singer, Nine had Lego Masters (which are new). For us, it’s about the mix of freshness and familiarity that keeps people interested. Within that Australia still has a massive appetite for constructed reality. It’s much bigger than other markets. The real challenge in free-to-air is to engage audiences in scripted content. They are never going to be what they once were but if people choose to watch Five Bedrooms on 10 Play then we’re good with it and we design shows in that way.

2.    The legacy focus on overnight ratings is misleading; TV consumption is going long
“It’s up to us to educate the market but there’s too much on overnight numbers and too much focus on Total People,” says Paul Anderson. It’s a point Beverley McGarvey is seeing bite, even for reality shows which have traditionally been overnight powerhouses. “What we’re seeing this year, particularly with The Masked Singer, is seven-day numbers for reality shows are really starting to build. Seven-day numbers for constructed reality shows like The Bachelor have always been excellent but for performance shows it’s been slightly different. So The Masked Singer has very solid overnight audiences but also a spectacular seven-day audiences. So you’re really starting to see the numbers lift on other platforms now for effectively everything. It used to be genre specific and now it’s virtually everything.”

3.    TV’s top-of-the-funnel marketing credentials are back
“We hear from marketers more and more about the marketing funnel in trying to attract as many people at the top of the funnel as they can that are relevant to their brands,” says Paul Anderson. “What we would say is that we may not have the biggest numbers in Total People but what we have is an audience that is stacked full of under 50s. And more importantly it’s full of those 13-29 year-olds and 16-39 year olds that are very, very difficult to get hold of.”

4.     10 has fixed its first-quarter problems for 2020
“At our Upfronts last year, we talked a lot about doing a 50-week schedule and talking to the under 50s audience and we know we’ve really laid the foundation for that,” says Beverley McGarvey.  “So although we made a few mistakes at the start of the year, we know we’ve fixed those moving into the first quarter of 2020.

5.    The Masked Singer kicked off faster than expected – here’s why audiences love the format
“Sometimes it takes our shows a couple of years to build so for The Masked Singer to come out of the gate so strongly has probably surprised us a little bit on the upside,” says Beverley McGarvey. “There’s always an element of doubt and if anybody says they know for sure what a show is going to rate before it launches, they are lying. I think having a family-friendly show that is on a few times a week that you can engage with your whole family is part of The Masked Singer’s success. Even if you’ve got a teenager, it’s kind of cool. If you’ve got little kids or an older relative, there really is something for everyone. It’s properly original and there’s not much properly original stuff out there.”

6.    The back catalogue of older TV shows may not sound too hot but it’s huge – for the younger set
“There’s a fascination with a lot of the streaming platforms where there are big news shows to suck people in but what drives a lot of the viewing is these back catalogues,” says Paul Anderson. “We just announced that we’ve just bought Friends and Seinfeld, which are two of the biggest streaming properties in the world and they’re on free-to-air TV. We’re playing in that space and it’s free..” Beverley McGarvey also notes a counter-intuitive trend for younger audiences heading back to some of the hit TV shows that are 10-20 years old. “There’s a big body of content out there now that people just haven’t discovered yet and younger audiences are discovering them. That’s the great thing about the multi-platform play that we’re all making at the minute. You can surface content that we wouldn’t be able to surface a number of years ago. There’s a really good opportunity to utilise content inventory in a way that we haven’t been able to before.

7.      Fix the perception that only SVOD owns great shows
“What SVOD services have done so well is brand themselves as having the ‘must watch’ content,” says Beverley McGarvey. “When you talk to people, they can name three shows they watch on an SVOD service and they can name 20 shows they watch across Seven, Nine and 10 and across all the free-to-airs. We haven’t done a good enough job at marketing ourselves to consumers and being brands that feel like they’re really engaging for audiences. I don’t know if it’s going to happen but I’d be thrilled and excited if we could get that happening.

Here’s the fast-track through the 10 Upfronts advertising and programming initiatives for 2020:

Love, laughs, masks, horses, scheming, cooking, dancing, jungle camping and more love. It’s been a big year at Network 10, and it’s only getting bigger in 2020.