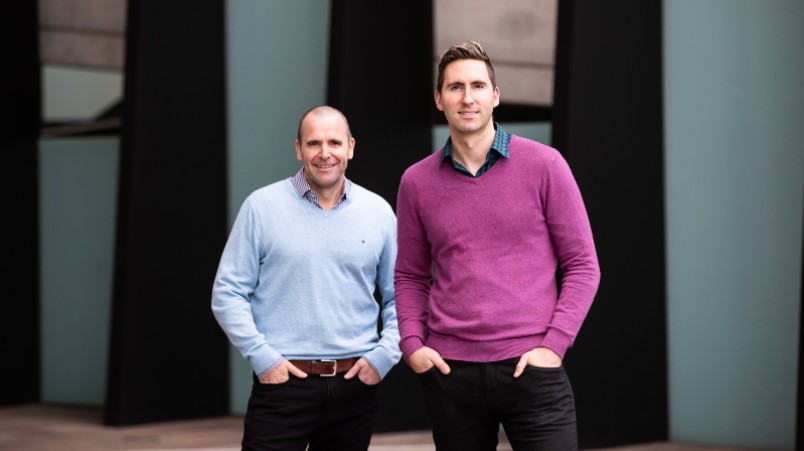 This acquisition will give Publicis a strong competitive advantage in a channel that by 2025 should surpass traditional TV spend.

Global holding company Publicis Groupe has made a big – but pretty safe – bet on the future of retailer media, where retailers are using their vast troves of data to power their own media sales, a market the likes of Goldman Sachs and UBS predict will take a major chunk of digital ad dollars within the next three years. Others think retailer media will blow everybody out of the water.

Acquiring Australian software as a service start-up CitrusAd for an undisclosed sum, CEO Arthur Sadoun declared consumer packaged goods companies will spend more with retailers on media than on traditional TV by 2025.

In a deal negotiated in secret over the past three months and announced overnight, CitrusAd will operate as a separate brand under the Epsilon data-led marketing hub within Publicis Groupe.

“It will also give to Publicis a strong competitive advantage in a channel that by 2025 should surpass traditional TV spend.”

Fighting off the scrum

CitrusAd’s founders said Publicis was the “best home” for its continued growth and some 130 engineers and retail media experts. Founded in 2017 by former Adelaide Crows player Brad Moran and former agency exec Nick Paech, the firm is a runaway e-commerce success story – and an early frontrunner in the nascent retailer media boom. It has built a client base of more than 70 major retailers including Macy’s, Tesco, Sainsbury’s, Woolworths, Coles and Ocado.

“When we started to hit the global market in a big way, we had some of the world's most prestigious venture capital firms come out of the woodwork. You know, the biggest private equity firms – every man and his dog, really,” Moran said.

“We had at least two dozen active suitors that were chasing after us: strategic partners, competitors … but we just didn't feel there was ever a really good fit or didn't feel like the timing was right. And then, this year, after engaging with Publicis and hearing their aspirations for us as a business, that sort of got us inspired to perhaps think about the acquisition a little bit more closely.

“And then things just started to fall into place. We thought that Publicis was the best home for the business and allows us to continue to grow whilst not affecting our retailers, only complementing them. It doesn't affect our staff, which I'm very mindful of.”

On the overall digital landscape, I'm absolutely certain that brands will need to look for more performance-based media.

The growth of retailer media has piqued the attention of global investment banks, which have predicted a $15-20 billion rise in CPG media spend with retailers by 2025 – in the US alone. CitrusAd has been working with Australian retailers for years, and in 2019 Moran said Australia was behind the curve and needed to understand the value of online shelf space.

In Australia, Woolworths is the runaway leader with its Cartology unit, which at launch in mid-2019, expected to generate $100m in high-margin revenue – but will likely soon do far more.

Cartology has been vocal about the need for the rest of the Australian market to develop expertise, skills, and build a retailer media playbook. Brands are listening. Yoghurt firm Chobani has detailed why spending more with retailers to be in those initial online shopping baskets has underpinned major growth, as the brand has roared from virtually nowhere to a 20 per cent market share. Per Chobani Chief Growth Officer Olivia Dickinson: “[Retailers] are essentially on a big data gold mine – and I think we're just seeing them get started.”

With a client base that skews to CPG, including the world's biggest advertiser P&G, Publicis has moved first into retailer media, building upon a major data play underlined by its 2019 purchase of Epsilon. Thibault Hennion, Director of International Operations for Epsilon, told Mi3 the group sees a distinct and sustained shift away from brand advertising into more data-driven, targeted, performance-based marketing.

“On the overall digital landscape, I'm absolutely certain that brands will need to look for more performance-based media,” Hennion said.

“Within the digital value chain, we will see a shift between general branding advertising and marketing to performance-based marketing. Because ultimately, CMOs are under massive pressure and they need immediate results and they need to justify the media investment they are asking of the CFO or to the CEO or of the board. And so adding the ability to tie marketing spend to an ultimate purchase is for them extremely important. And the good news is that this is exactly what Citrus is doing.”

Hennion said major global clients have been consistently demanding the ability to go directly to retailers and be closer to the customer – something retailers and their growing media networks are offering.

“All of the biggest CPG brands of the world have spent billions and billions in traditional TV and this channel is expected to remain flat in the next few years. At the same time, retail media is booming so we are seeing the share of media investments shifting progressively into a new channel for us,” he said.

“This is a growth potential for the next few years. So we needed to have a very, very strong footprint in this field.”

Hennion and Moran did not rule out some of the rapid growth in retailer media advertising would come from other digital channels and platforms including search and social.

Within Publicis, it has been kind of a journey over the last four, five years to progressively transition from a service-only company to a service-plus-product company.

The deal progresses a global shift within Publicis from services-only to a group that offers specific products.

“We already have a retail media expertise, but it was only services - until we acquired Epsilon,” Hennion said, with Publicis now actively explaining to clients the emerging landscape and the kind of assets and revenues it opens up. He thinks the Citrus deal sets Publicis apart from holding company rivals.

“In general, big holding companies do not own the technology tools that have the ability to connect in a self-service way. We are kind of external to the technology play,” he said.

“In our case, within Publicis, it has been kind of a journey over the last four, five years to progressively transition from a service-only company to a service-plus-product company… and we are reaching our new milestone on this journey with Citrus, with this tool to connect in the fullest, self-serve way. This means that the brands are steering directly their campaign on Citrus, but we now are providing them the technology tools to make this happen.”

Sponsored search really only scratches the surface. I would say of a retailer's entire ecosystem, we probably monetise between five and 10 percent of it. So we've got that, you know, other 90 percent to go.

CitrusAd has more than 70 major global retailers on its books, but CEO Brad Moran says there is a plenty of room for the company to grow. He’s aiming at reaching another 150 retail operators in the next two years, and build the platform into one that can service vast on-site and off-site inventory. Given the holdco's footprint, the Publicis deal all but guarantees that wish.

“We feel with the Publicis acquisition that we'll get the resourcing that we probably wouldn't have had as a start-up to go and chase those revenue lines … We've still got a long, long way to go in retail media. Sponsored search really only scratches the surface. I would say of a retailer's entire ecosystem, we probably monetise between five and 10 per cent of it. We've got that other 90 per cent to go.”