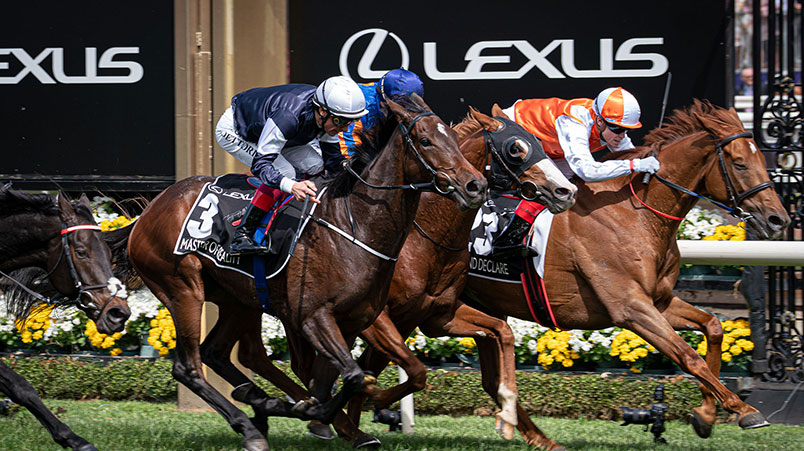 PHD's Joanna Barnes: “The changes to the Cup will allow for more brands to participate when otherwise they might have been restricted due to travel, logistics or cost. The significant rise in e-com could benefit greatly from an event of this scale."

Share Bookmark
While some sporting codes have rejigged their 2020 competitions, the Victorian Racing Club and Network 10 have held firm on the Melbourne Cup Carnival staying put at Victoria’s Flemington Racecourse. The ‘race that stops the nation’ will undergo a digital revamp, as on-ground activations are halted. Media buyers think TV audiences will increase but about are cautious about the value of sponsorships and other marketing tie-ins.

Sport continues to undergo a serious shake-up in 2020, as COVID restrictions limit attendance and force major codes to come up with alternatives for key events.

The AFL Grand Final, for example, is moving north from Melbourne for the first time ever, to Brisbane’s Gabba Oval. The Sydney Cricket Ground Trust is currently lobbying Cricket Australia to move the annual Boxing Day Test from Melbourne to Sydney.

The Victorian Racing Club (VRC) is bucking the trend and keeping the Melbourne Cup Carnival at Melbourne’s Flemington Racecourse – minus hordes of race-goers and crowded corporate marquees.

The VRC and its broadcast partner Network 10 – which last year struck a five-year, $100 million deal to show the Melbourne Cup Carnival – are taking digital-led strategy when it comes to broadcast and sponsorship.

The network will set up numerous activation and broadcast points in communities for live crosses throughout the Carnival, including live cooking demonstrations, celebrity interviews, musical performances and fashion.

The famed Myer Fashions on the Field fashion competition will also be going digital with all Australians invited to compete in Myer Fashions on your Front Lawn, which will see viewers use social media to share their look for the day from home.

ViacomCBS ANZ Effect sales boss Nisar Malik told Mi3 that while there are obvious changes to sponsorship, given the limited on-ground activations, the door is “wide open” for brands that haven’t previously been able to engage with the event.

“We know the Melbourne Cup is often thought of as a generally localised event for Victoria and subsequently some of the brands that associate with it,” Malik says.

“But with our digital-led strategy and by having live crosses right across Australia, we think we can bring together not just audiences but brands as well.

“Think Barossa Valley wineries or regional Queensland; we’ll look to design bespoke sponsorship packages to tie them into not just the Cup but the entire carnival.”

Malik, who says 10 and the VRC had been “expecting the worst but planning for the best”, didn’t rule out the opportunity for some major brands to still have live activations at Flemington.

He says both parties have been working closely with the Victorian Government to develop “contingency plans” should lockdown restrictions change.

“As it stands, we know there is going to be no attendance given the current lockdown measures,” Malik says.

“However, we also have worked tirelessly to develop alternatives for those brands, most likely notable major sponsors, that want a quick turnaround at the course should small groups of attendees be allowed.”

Ratings will rise but agencies cautious

The lack of attendance and limited social events surrounding the Melbourne Cup could pose a positive for 10 and increase its TV audience.

In its first year with The Cup in 2019, the event shed close to 500,000 metro viewers from the year prior when Seven hosted the broadcast.

Last year, the Melbourne Cup race on 10 attracted a metro audience of 1.44 million viewers, down from 1.83 million in 2019, when it was shown on Seven. Nationally its audience fell from 2.7 million to 1.9 million.

“Social distancing restrictions in NSW and the lockdown measures in Victoria certainly would indicate there will be less of the traditional, big viewing parties,” Butterworth says.

“These are usually hard to measure for TV audiences. It’s still the ‘race that stops the nation’ so I would expect these will just be modified to smaller, at-home, events and act as a real boost for 10’s audience.

“That will go a long way with any audience guarantees or makegoods [10 has] signed with agencies prior to the event.”

Concerns have been raised about the impact the limited on-ground activations will have on sales conversion for clients in certain sectors.

According to the VRC, last year the Melbourne Cup Carnival contributed $447.6 million to the Victorian economy, driven by retail and hospitality spending.

Amplifi GM of Investment Melanie McDonald says brands such as Myer could lose out from the traditional sale spikes that come in the lead-up to the event and throughout the carnival.

“The cup is noted for having direct sales conversions with categories such as fashion, with race-goers buying dresses, suiting and beauty products for the day and carnival,” McDonald says.

“However, without on the ground activations or attendance this becomes difficult. So 10 and the VRC need to effective redevelop sponsorship opportunities to fit those changes. For example pushing viewers more heavily to e-commerce or sales periods later in the year.”

PHD National Head of Trading Jo Barnes says the Melbourne Cup Carnival remains a key international event and while this year’s event will be very different, it offers great opportunities for some marketers.

“There are many considerations across a number of different sporting events depending on if you are an event partner, code sponsor, broadcast sponsor or have on-ground activation, and each has its own challenges and opportunities,” Barnes says.

“The changes to the Melbourne Cup will allow for more brands and advertisers to participate when otherwise they might have been restricted due to travel, logistics or cost. For example, the significant rise in e-com could benefit greatly from an event of this scale.”

Publicis Commercial Director Jodi Fraser says 10 has come up with some “creative ways” to get around the lack of on-ground activations, and with viewing likely to increase, she expects pricing in the TV broadcast to remain the same as in 2019.

“Australians love the Melbourne Cup and with more people at home this year, we expect there would be minimal effect on the ratings, and if anything, an increase,” Fraser says.