A $2.59bn market you can’t ignore: The real household decision-makers 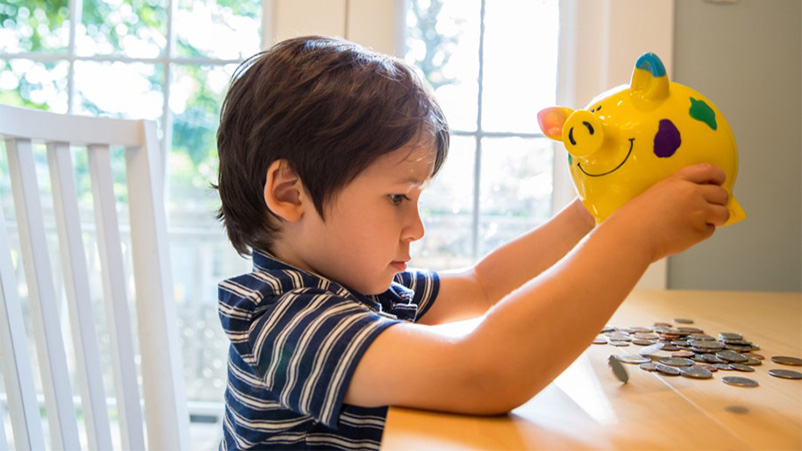 Kids aged six to 12 years are a powerful influence on household purchasing decisions.

Australian kids are the real power brokers when it comes to household purchase decisions. New research from 10 ViacomCBS shows they’re influencing everything from groceries to the new family car. There’s a delicate balance between pester power and nurturing brand affinity, but a huge opportunity for advertisers that think family first.

A few weeks ago, a friend joked that it was their daughter who really called the shots when it came time to making the big decisions in their household. Though they were – mostly – joking, they were on to something.

Kids are savvier than you think

Though most marketing campaigns overlook them, kids aged six to 12 years are a powerful influence on household purchasing decisions. Not only that, they are a consumer segment with a personal spending power of over $2.5 billion annually, of an entirely disposable income.

And when it comes to brands and advertising, they are savvier than you may think.

To understand the influence and spending power of kids, the ViacomCBS Global Insights team conducted a study of over 8,000 kids aged six to 12 years, and parents of kids aged six to 12, across 16 countries around the world - including over 500 in Australia.

We found that among Australian kids and parents alike, eight in 10 agree that kids play a role in household purchase decisions.

The kidfluence: From family eats to big ticket buys; the categories that that kids are influencing

“Kidfluence” spreads far and wide. We measured 26 categories and found that kids’ involvement in purchase decisions stretches across big and small ticket items.

When it comes to entertainment, kidfluence is at its most powerful. 97 per cent of Aussie kids aged six to 12 years influence their family’s entertainment decisions, including 87 per cent who help select movies at the cinema and 88 per cent who select the TV shows to view at home.

It’s no surprise that Aussie kids are hugely influential in selecting a gaming console (69 per cent) but over 55 per cent also influence the purchasing of television sets, computers and even mobile phones.

Kids are often the primary focus of family holidays and they not only have influence over where to go and what to do (81 per cent of Aussie kids) but even the hotel and overnight accommodation (59 per cent).

Kidfluence even extends to the biggest purchase decision a household might make in a year: a new car, with 54 per cent of Aussie kids having their say in matters.

Beyond their strong influence over their family’s purchase decisions, Aussie kids aged six to 12 are a spending powerhouse of their own.

That equates to $2.59 billion Australian dollars in spending power a year, and that’s just for six- to 12-year-olds!

Kids don’t just have influence and cash; they also have the ability to persuade. Some 64 per cent of Aussie kids have made a case (or a PowerPoint presentation!) for things they want. This is far higher than the global average of 49 per cent.

What does kidfluence mean for brands?

Aussie kids are also engaging with brands. Fully 84 per cent say they “really like” certain brands, and 76 per cent feel it’s worth paying more for a brand or product they like. They’re more likely than the global average to follow certain brands (75 per cent) and to say they enjoy watching advertising for things they like (78 per cent). At 10 ViacomCBS, we know the power of establishing brand affinity with younger audiences throughout every age and stage.

But brands must be careful and considerate when advertising to children. Trusted and brand-safe platforms are key, as are environments where parents and kids are watching together, like Nickelodeon, 10 Shake and Paramount+.

But if brands can reach kids in that trusted environment, with a thoughtful message in quality, beloved content, they can unlock one of the most powerful voices in the household. It might be a little voice, but it has big influence.