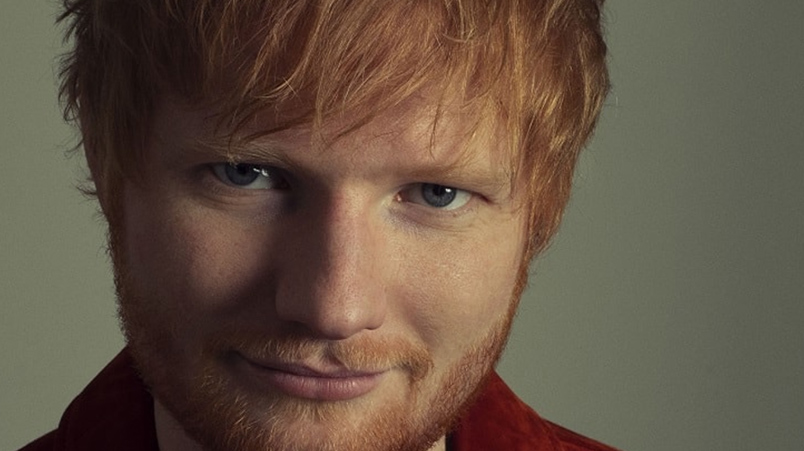 Audience Precision CEO, Haydon Bray, says media planning and buying is due a shakeup. With third party cookies on the way out, and privacy regulation turning the screw on current business models, he believes the reckoning will arrive sooner than some might think. Panel data, segmented audiences and contextual targeting, he suggests, are once again the new black.

Back to the future

Haydon Bray is unashamedly old school. He cut his teeth in media in the early eighties with George Patterson Bates, founded his own agency before the decade was out, and sold it to Carat in the late nineties.

Twenty years later, Bray is back in the game with a context-based planning agency claiming to be “the McKinsey of media” with Warner Music as a global client.

Bray suggests his agency, Audience Precision, can “build out strategies four or five times faster than any other agency”.

By the end of next month, he claims its ‘strat-tech’ and human strategists “will be able to build a complete campaign in an hour and a half.”

Crucially, Bray says it will give creative and comms a clearer steer on messaging, while telling buyers precisely what to buy, and where and when to buy it.

Notably, its technology revolves around consumer-based market research, audience segments and panel data. Bray claims it feeds the top of the funnel while also delivering genuine buyers to brands – using market research and segment-based targeting rather than tracking.

“Some of the stuff we see presented to clients for whom we do strategic planning is woeful – literally, the dates changed on a media plan from the last campaign they’d done for someone else; a giant spreadsheet, with not a lot of thought going into it.”

When Bray exited Carat in 1999, digital ad spend in Australia that year was $35m, Google was an obscure, yearling search engine and Facebook would not spurt into existence for another five years.

Yet despite all the subsequent social, economic and technological upheaval, Bray thinks many media agencies remain primitive when it comes to planning.

“The landscape has certainly changed. Finding and targeting your audience has never been more fragmented. Within marketing budgets, the media aspect is the biggest expense. The need to link investment to business outcomes is crucial,” says Bray.

“Yet unfortunately, in many cases, media plans are already pre-determined by the agency,” he claims. “Some of the stuff we see presented to clients for whom we do strategic planning is woeful – literally, the dates changed on a media plan from the last campaign they’d done for someone else; a giant spreadsheet, with not a lot of thought going into it.”

Agencies might like to talk about reinvention, Bray suggests, “but to me, operating models do not appear to have changed. That’s what I left 20 years ago, and it hasn’t progressed too far.”

How to win clients and influence audiences

Throwing those kinds of rocks is unlikely to win Bray many friends within the sector.

But he says Audience Precision is keen for others to harness its technology and approach – both media buyers and creative agencies. Ultimately, says Bray, “if the client wins, everybody wins. Everything else is secondary”.

Bray claims Audience Precision’s methods have been honed over the last five years, flying under the radar for Warner Music in Australia. On the back of that, the agency this year landed Warner’s global account, launched offices in New York and London and is “emerging from stealth mode” as an agency proper in Australia.

Bray claims its methods have given Warner “20 to 50 per cent sustainable competitive advantage over the last five years”, with Tony Harlow, now Warner UK CEO, offering glowing references about the power of the agency’s data and insight in enabling fan engagement.

On the flipside, Bray claims its tools put the power “back in the hands of the buyer”, especially when it comes to media like TV, where its recommendations are specific to programme level.

“The person with the wallet needs to be able to understand how and what you are measuring if they are going to invest. They need to know that they will get a really simple set of metrics that make sense. So we have stripped everything down to TARPs.”

Contextual targeting and the return of the panel

Google and Apple are making big changes to their web browsers and Bray thinks the resultant death of third party cookies will torpedo current business models, and terminally impact parts of the media supply chain.

He's not the only one. Marketers and martech consultants last week told Mi3 that the changes will render up to 85 per cent marketing and digital investment useless, and do away with much of the media-advertising-martech ecosystem in one fell swoop.

Bray puts it more succinctly. “A lot of agencies are shitting themselves.”

Due to the ‘cookie apocalypse’ and tightening privacy laws, last week’s Mi3 podcast also predicted the death of hyper targeting and a wholesale return to contextual-based advertising within the next two years. Bray is backing that shift.

“Roy Morgan is really, really deep when it comes to Australian media properties,” says Bray. “GWI is massive globally, which is why we have a combination of both.”

The result is 60 consumer segments (or ‘DNA segments’), with some 35,000 data points per category, claims Bray, enabling “personalisation at a segment level”.

Bray says most Australian segments are close to a million, with some larger and some smaller. For example, there are 952,000 women in the ‘yummy mummies’ segment. Alongside obvious buckets such as ‘power executives’ and ‘LGBQT’, there’s even a ‘woke’ segment.

“Roy Morgan is really, really deep when it comes to Australian media properties and it allows us to better understand intent and propensity to buy,” says Bray, using ‘woke’ audiences and electric vehicles (EVs) by way of example.

“They would like an EV. Great, but do they have $60,000 to go and buy one? The ‘woke’ audience would like to be green in everything that they do. But for a car that will cost fifty or sixty grand, for all their best intentions, they probably won’t even buy a car at all. They will travel by Uber instead. That’s neither ‘right’ nor ‘wrong’, but it is behaviour – and we can better understand that in relation to propensity to buy,” says Bray.

Instead, the EV buyer will be relatively affluent, metropolitan and somebody that regards themselves as ‘cool’, says Bray.

To engage those buyers, Bray says Audience Precision has mapped out where they will be, across media channels, in some cases down to programme level, while automating the spreadsheet work.

“You can have all of these overlays, trading scenarios and get everything efficiently and cheap.  But if you have not hit your audience properly in the right media properties that actually make connections with that audience, you're wasting your cash straightaway.”

Bray says Audience Precision is all about giving buyers sharper tools and creatives deeper insight upon which to base messages.

He says while some creative and media agencies are dovetailing to deliver strong results, many remain disconnected, protective of their fiefdoms.

But Bray hopes that those that chose to work with Audience Precision will take an “open mind and trust the insight” he claims its audience research delivers.

Brands spend a lot of money on research, but a lot of it comes from “little qualitative groups” says Bray. “Making decisions on five groups of 20 people? Give me a break.”

If the message and the media are aligned and synchronised upon that data, says Bray, “then that’s where the client gets most benefit”.

Meanwhile, he says TARPs (target audience rating points) are a metric marketers have come to understand, “so why not use TARPs as the common currency?”

“The person with the wallet needs to be able to understand how and what you are measuring if they are going to invest. They need to know that they will get a really simple set of metrics that make sense,” says Bray.

“So we have stripped everything down to TARPs. That’s a really basic formula, but it works and it enables a cross channel, cross-screen currency.”

“If we have half a dozen core programmes that need to be in a campaign … it’s not about ‘cheap’. If anything, it is about negotiating a price that will make sure the client does not get moved, because the programmes are really important to the campaign.”

Bray says Audience Precision “is not into activation tech and DMPs and all that sort of stuff”, but insists its platform, engineered by former Microsoft and Amazon technologist Jeremy Cath, will “plug into anything the client wants to use” and work with any agencies on their roster.

“We’re totally agnostic, and to be honest that bit doesn’t really matter,” says Bray. “It’s the bit at the top, the research and the strategy that is key. Without that, you can have all of these overlays, trading scenarios and get everything efficiently and cheap.  But if you have not hit your audience properly in the right media properties that actually make connections with that audience, you're wasting your cash straightaway.”

He reiterates the need to constantly “feed the top of the funnel” rather than focus on obsessive optimisation, “otherwise you will ultimately run out of gas”.

Which is why he thinks segmental contextual targeting delivers better overall results than separate brand and performance strategies.

“Even if people are not right at the centre of your target, you can catch them in the right places with the right message.  They love that show, so give them the right message, and they're potentially a candidate customer.”

Buy the right audience, not the cheapest

While Bray claims Audience Precision “puts the power back into the hands of the buyer”, he says it will also keep media owners happy, particularly TV networks.

For TV buyers, it makes life easier by telling them which programs to buy – and to reject alternatives if they have missed the available slots.

“They can say, 'okay, I don’t want your alternatives, lets go to the next batch'. So they are in control as opposed to taking whatever the network wants to push.”

But that also gives media owners leverage to maintain rates.

“If we have half a dozen core programmes that need to be in a campaign … it’s not about ‘cheap’,” says Bray. “If anything, it is about negotiating a price that will make sure the client does not get moved, because the programmes are really important to the campaign. We have to have those programmes in the campaign to be successful.

“So that is a different trading tactic, and it’s a breath of fresh air to the media owners,” says Bray.

“But if we get it right, we are building a sustainable competitive advantage of 20 to 50 per cent," he says.

"And brands need that now more than ever.”