Vodafone's former global media chief on in-housing, transparency and why programmatic is "ripe for regulation" 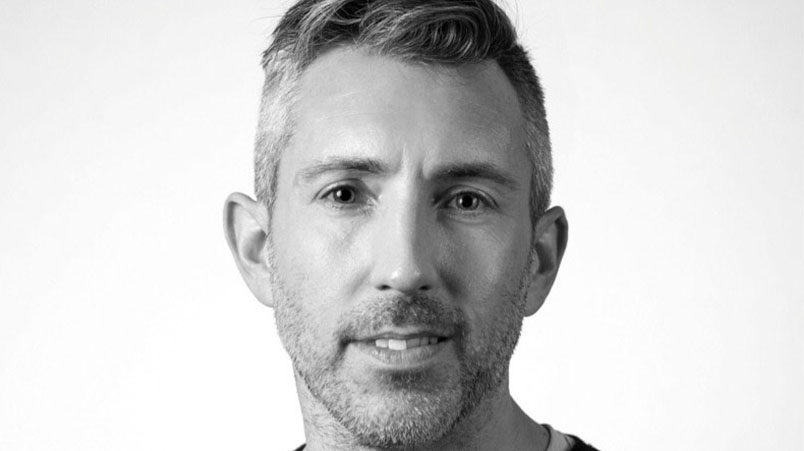 Paul Evans on media in-housing: "One of the publicly stated Vodafone benefits has been that it's brought their agency much closer to them. It's kind of paradoxical."

Paul Evans was one of the driving forces of Vodafone's in-housing of search, social and programmatic media. He was also involved in the early scoping of PwC's recent forensic dive into the programmatic supply chain - which couldn't find where a third of cost is ending up. Given the billions advertisers are spending programmatically, he thinks regulation beckons. While in-housing programmatic is “hard work”, Evans believes Vodafone and others that have committed for the long term will only gain... and won't be U-turning any time soon.

“These are crazy headlines that are unimaginable in an ecosystem that is consuming such a significant proportion of advertising investment right now. As a parallel, would we accept this in financial markets? No. So we have got to ask some really hard questions coming out of this.”

Formerly head of global media at Vodafone, Paul Evans was a co-architect of the telco’s grand plan to in-house a big chunk of what was then a £500m+ global media budget.

Evans has also worked agency-side, working as the global lead for Havas Media out of Dubai on Emirates Airlines, and he's worked brand side with Kimberly Clark, Nestlé, AB InBev and X Box.

Suffice to say he understands what might lead brands to consider in-housing – and it is often driven at least in part by a desire for greater transparency.

The study – which took two years – confirmed some long-held suspicions, including that about 15 per cent of advertisers’ programmatic spend, or about a third of the supply chain costs, seems to vanish. PwC euphemistically called it an ‘unknown delta’.  And that black hole is at the premium end of town – with spend from advertisers including HSBC, Unilever, Nestlé, Walt Disney and Pepsico at one end and large publishers at the other. The long tail, PwC implied, would be murkier still.

Even in that premium segment, only half of advertiser spend makes it all the way to publishers, which included the likes of News and Bauer. Meanwhile, of some 267m impressions served, only 12 per cent could be matched end-to-end, due to poor data.

PwC suggested it took so long to complete the investigation partially because contractual terms and data practices across the chain were all over the place. That meant it took more than a year to obtain the required data, even for a team of data scientists, data engineers and ad-tech specialists who knew what they were looking for.

“Where the incentives are not aligned, and there is money to be made – and some of it probably not for the right reasons – you probably have to look to some degree of regulation.”

“Clearly, things need to change,” says Evans. “These are crazy headlines that are unimaginable in an ecosystem that is consuming such a significant proportion of advertising investment right now. As a parallel, would we accept this in financial markets? No. So we have got to ask some really hard questions coming out of this.”

“Have things improved for markets; are we seeing more value within the marketplace; is it evidential value; can it be measured and is there transparency that's enabling that measurement? You've got to say, no, we're still not there yet.”

While advertising bodies are trying to address trust issues within programmatic (including the IAB, MFA and AANA locally with this update), Evans thinks the industry is unlikely to solve the transparency problem itself. Intervention may be required – and he thinks the market is “ripe for regulation”.

“Where the incentives are not aligned, and there is money to be made – and some of it probably not for the right reasons – you probably have to look to some degree of regulation,” suggests Evans. “It feels like the right thing, given the sums involved.”

The UK data watchdog has expressed frustration at what it sees as confusion by design within ad tech. More than any missing money, it is deeply concerned that personal data is being systematically leaked and data regulations ignored within real time bidding (RTB) environments.

Locally, the ACCC could ultimately agree that RTB/programmatic supply chains need to be regulated. But its ad tech and agency services investigation isn’t due to complete until August 2021. As such, any resulting intervention may be some time in coming.

In the meantime, Evans says marketers should take the safest programmatic options available to them by engaging in private marketplaces rather than the open waters of the internet.

“To even consider in-housing, you need to know your function incredibly well.”

In-housing: Not just for Christmas

In the same way that a dog is for life, not just for Christmas, Evans says taking programmatic in-house requires a long-term commitment – five years minimum given the change management involved.

Done well, it can deliver greater transparency, as well as efficiency gains, with Vodafone stating it has seen “10-15 per cent improvements in campaign operation and effectiveness,” says Evans. It can also unlock longer-term benefits of greater in-house knowledge and capability.

“To even consider in-housing, you need to know your function incredibly well,” says Evans, with the decision to in-house actually the result of a larger programme of work at Vodafone based around three pillars: Transparency, independence and ownership.

“Through the lens of those principles, we were developing stronger agency services relationships. We were taking ownership of our media planning and innovation agenda. We took full ownership of our adtech stack - all of those things proceeded in-housing.”

In-housing can work for both big and small brands – but may not be the right answer.

“You can take those steps to increase visibility and have ownership over your operations without doing in-housing,” says Evans. “In housing has to be the right response for each individual business.”

Meanwhile, he stresses that taking media in house isn’t about ditching agencies.

“One of the publicly stated Vodafone benefits has been that it's brought their agency much closer to them. It's kind of paradoxical.”

Brands need their agencies to help them achieve independence, says Evans, and require different forms of expertise as they develop capability. “Even with where you've got in-house functions, you always need that external perspective,” he says.

“What you get from brilliant agencies is brilliant people. That makes a hell of a difference.”

Equally, he says in-housing is not black and white.

“Most people kind of start to talk about in housing and in a very binary way, you're kind of in or out. Actually, it's almost like a graphic equaliser. There are lots of choices about what you bring in house and by implication, what you leave out house.”

Evans says reports that Vodafone made a U-turn on its in-house shift were wide of the mark.

But he accepts that the decision to stagger the process (initially taking social and search in house, then pausing before bringing wider programmatic advertising in house) underlines the challenges that in-housing presents.

“There wasn't a U-turn at Vodafone. It was a full commitment for the business, for all the right reasons. But, that article points to what is the reality for in-housing: It's hard.

It goes back to businesses really asking hard questions as to why they want to do this, and evaluating whether there's readiness within the business and saying, is there value in us doing this strategically for the short term and for the longer term as well?”

For brands that have not properly answered those questions, Evans suggests U-turns and a return to outsourcing models may lie ahead.

But he thinks that the transparency issue is not going to go away, and brands that have “taken the decision to in house for the right reasons, with that longer term commitment in mind, with the correct support system, operating processes and partnerships in place … then they are set up for gain and value in the long term.

“Why would they U-turn? There's going to be incredible value for these businesses going forward.”

In a bid to avoid fines of up to 10 per cent of turnover and get a fatter share of marketing budgets,  media and talent...

Volvo and IBM marketers outline their strategic shifts and hurdles in moving to brand investment over short-term tactics as...

Coles CMO Lisa Ronson says both shoppers and retailers had started to emerge from lockdown behaviour in the last few weeks....