Share Bookmark
WPP AUNZ boss Jens Monsees looks frighteningly like he's overhauling his group for a race with Sir Martin Sorrell's S4 Capital and IPG, Publicis and Dentsu, which have all made multi-billion acquisitions in data and tech capabilities to speed up their reinvention beyond comms. But WPP AUNZ is behind its peers in tech capabilities and talent, although Monsees refutes the notion in an interview with Mi3. There's also rising tension in the leadership ranks. All par for the course for a new captain of a big ship that has too many barnacles.

Jens Monsees' investor presentation yesterday flagged how much work WPP AUNZ needs to do on the basics. It's surprising in the efficiency-obsessed, cost-out world of a listed company that dozens of its operating brands are lumbering with duplication across finance, HR, IT, legal and CRM systems - and their own marketing efforts.

Monsees wants to sort that out and rightly so.

"We have more than 60 strong brands, but they were very independent in the past and obviously trying to serve only their own P&L and their clients with solutions," he told investors yesterday. "This needs to change. In the future I would say that none of our brands can cover the full solution portfolio that our clients are needing."

WPP AUNZ is a big, $700 million revenue cargo ship - but the new CEO says he wants a fleet of speedboats, loaded with new-world coders and tech-loving creatives and focused on clients, not their own P&L and "single lens solutions".

He calls it breaking from the past.

"Creativity empowered by tech differentiates us," went one of Monsees investor slides. "We bring together the most creative minds and technology capabilities to reshape business futures."

It's a reasonable ambition, but WPP has a long way to go to get there - its competitors at present are relishing the recalcitrant rumblings rolling out of the group about the new CEO's plans and leadership style.

There were just three WPP companies that Monsees talked about to investors with praise yesterday: AKQA, Aleph and Hogarth. The first two are digital-tech-data shops while Hogarth is using technology to create a centralised production hub and platform for all WPP's agencies and clients. The turf wars are coming on that one.

Although Monsees rejects the notion outright in an interview with Mi3, he's playing catchup - some of what he needs to do is just hygiene. But in building this new WPP fleet of tech and creative speedboats, Monsees needs different talent and capabilities. WPP doesn't have a lot of them - and if you think creatives are precious and expensive, take a look at tech folk. Less colourful perhaps, but certainly more expensive.

In the past 18 months, WPP's global rivals have sunk billions into data and tech acquisitions - Dentsu and Merkle; Publicis and Epsilon (and Sapient earlier); IPG and Acxiom are the big ones. And they're off and racing - this week's podcast and feature with IPG Mediabrands new Australian CEO Mark Coad and APAC boss Leigh Terry make it abundantly clear data and tech, not media, is where they're headed.

The group has already set up Australia as a global hub for its Kinesso adtech-martech hybrid platform, using Acxiom as the data engine room. It's those big punts that WPP globally and its listed ASX offshoot here doesn't have. Nor does Omnicom, for the record, but its operations here, overall, are in better shape. Future-fit operations like Clemenger's CHEP are standouts at the moment - it's likely to be a $100m business in the next year or so and loaded with all the code and creative credentials Monsees wants at WPP.

Monsees says he can make regional acquisitions and will in the second half of the year but insists WPP is not behind its peers.

"It's not a catch-up strategy," he told Mi3. "It's a really solid leadership strategy in terms of how we address the market and the future. And I think it needs a broader definition than we might have right now, because the traditional definitions of marketing and media was very much like TV, newspapers and a little bit of digital. And actually there is such a big part in data and tech. That was not part of the conversation until now."

Monsees is looking to tech vendors like Adobe, Salesforce, Microsoft, Amazon, Google and Sitecore as WPP's new partners in much the way it has historically tapped media and media owners. He wants WPP to play a tech consulting role for clients and deliver on implementation across the low growth communications sector and high growth areas of e-commerce, martech, adtech and beyond.

To do it WPP AUNZ will build out a Centre of Excellence by early next year.

"It brings together skilled practitioners from across six leading agencies within our company to provide deep experience in technology, data and analytics," Monsees told investors.

"It creates new opportunities in areas previously served by management consulting groups and systems integrators. If we bring the martech, adtech, data and consulting together from all the different brands, then we have the right way and the right scale to tap into several businesses."

The reworking of coders and creatives is fraught with risk. But Monsees looks to the likes of Disney and Netflix as models - and it's entirely possible with the right talent, leadership and culture.

All that is yet to play out. Monsees is giving the transformation of WPP AUNZ three years, with a load of "deliverables" by early 2021. He's likely hoping a bunch of WPP people not keen on his plans for a new fleet of speedboats won't be around. The market rumblings suggest it might be mutual. There's more to come.

Two weeks ago,  a string of high-profile fine dining restaurants reversed their orders for 1000kg of high-grade marbled Wagyu...

Damian Keogh was headed for Wuhan in January for the annual conference of Hoyts parent company and China’s biggest...

Holding onto talent, whatever the means in the next six months, is one of a handful of urgent measures industry must pursue... 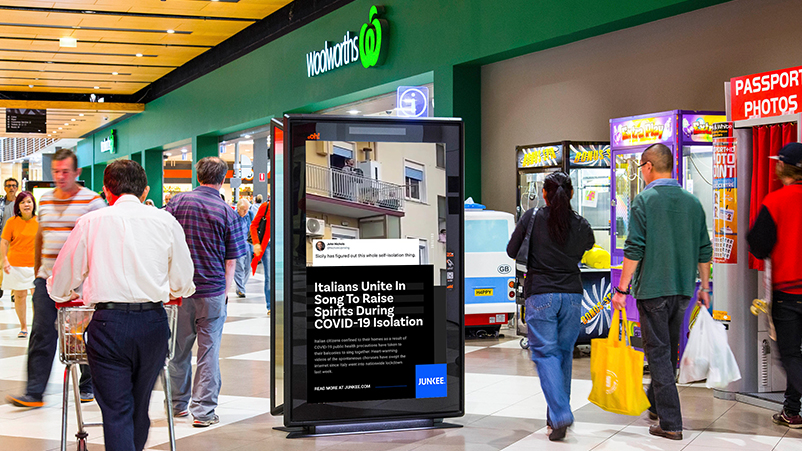