CTV advertising must go programmatic to scale: What does that mean for ad fraud - apps, server farms and spoofing included 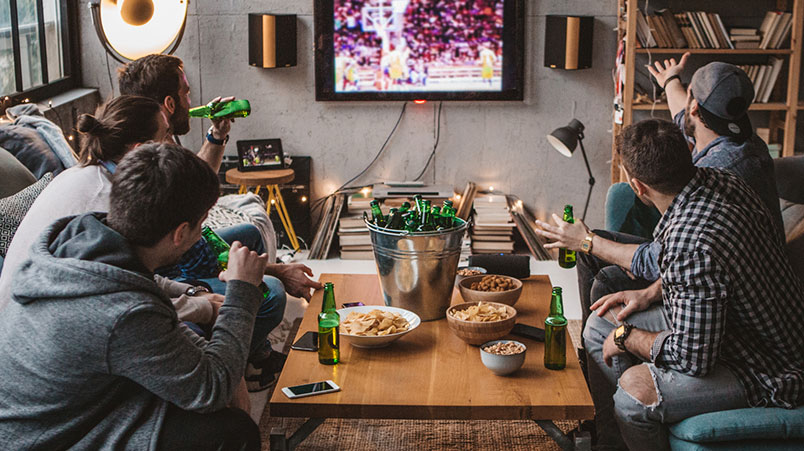 Fraudsters always follow the money – and connected TV ad revenues are rocketing. To fully scale, CTV advertising will ultimately need to go heavier into programmatic, and into the open exchanges, says the US-based IAB Tech Labs. But the IAB here, and Australian publishers and buyers argue the premium end of town is safe from the yield-eroding and fraud-enabling nature of open exchanges. More AVOD players entering this market, however, could still change the game.

The consumption of premium long-form digital video displayed on a TV screen is outpacing the rest of the ad-supported media market, driving a significant increase in investment from advertisers.

Per the IAB Australia’s most recent expenditure report, video advertising continues to outperform the display market - up 15% YoY in FY20 and increasing its share of the general display market to 53%.

The report states CTV delivered 41% of publishers' video ad revenue. Fifteen months ago it was delivering 23%.

But CTV's high CPMs and limited supply have made it a valuable piece of digital inventory for agencies – and fraudsters always follow the money.

Earlier this year, ad authentication firm DoubleVerify uncovered an aggressive botnet labelled “MultiTerra” in the US, designed to create fraudulent inventory on CTV and mobile apps and enticing advertisers to bid on it.

The firm said it had detected a 161% increase in fraudulent CTV inventory in January-April 2020 versus the same period in 2019 – and Associate Director of CTV products, John Ross, says fraud and brand safety is starting to become a major concern for brands.

He outlines the three main types of CTV fraud:

DoubleVerify, which has a commercial interest in ensuring brands are fully aware how big the problem might be, has suggested that buyers working with programmatic platforms without verification are up to ten times more likely to be exposed to fraudulent inventory on CTV when compared to dealing with publishers directly.

The US-based IAB Tech Lab agrees that direct selling or within private exchanges, where most CTV inventory is currently traded, largely cuts out fraud and brand safety issues. But it acknowledges: "For CTV monetisation to truly scale, broader programmatic selling will be necessary. This makes it important for anti-fraud solutions to be built for CTV".

IAB CEO Gai Le Roy says the make-up of the Australian CTV market is different at present to US and European markets - the key supply sources of CTV ad inventory here are YouTube and Broadcaster video (BVOD) but more players - the likes of Fox-owned Pluto, for instance - are "not a major factor in the market at this point but we will see a broadening of inventory types similar to the US and Europe." Hence more work is being done on the ad fraud front here.

Meanwhile, even private marketplaces can be spoofed - anyone can set one up. While CTV fraud is rare in "super premium closed environments, where publishers only sell their own inventory" per DoubleVerify's Ross, some publishers can open extended networks so that they are not fully in control of those environments - and audience extension networks have tended to cause problems since the dawn of internet advertising.

In Australia, the 'super premium' end of town naturally advises brands to steer well clear of the murky waters of the open web.

"The topic of ad fraud on CTV is a murky space as there is limited visibility into the tracking and reporting of the alleged fraud. Our advice to marketers is to only include supply from premium Australian broadcasters they have established relationships with when accessing CTV inventory,” per Jordan King, Director of Audience and Automation at Nine.

Nicole Bence, Network Digital Sales Director at ‎Seven Network says considering the growth of CTV, she isn't surprised to see questions about ad fraud on CTV, although the local data is very different to other markets: While DoubleVerify has claimed fraud rates between 0.3 and 3% of CTV inventory, Bence says locally it is much lower.

"Consumption of premium, professionally produced video content on CTV provides a brand safe opportunity and we have never seen fraud levels higher than 0.1%," she states.

Bence adds that Seven is working closely with the IAB's Tech and Video Councils to ensure integrity is maintained.

To head off the server farm fraudsters, AKA 'server side ad insertion' (SSAI) bots, the IAB recommends working directly with publishers and/or with programmatic partners that can certify their CTV supply through MRC accredited verification partners.

The IAB Tech Lab is also working on further solutions to improve supply chain transparency.  But as in any transaction, buyer beware must always apply.

"When considering this in regards to fraudulent activity, we can look to the nature of how advertisers and publishers communicate with each other. For the vast majority of deals, there is a one-to-one discussion between the advertiser and publisher resulting in a deal ID being generated which minimises any opportunity for fraudulent behaviour," says James Young, Managing Director, Australia at CTV ad platform, Magnite.

"As the ecosystem expands and more AVOD players enter, it is important for buyers to maintain strong connections with these content providers so that they ensure that they are getting what they pay for. Programmatic trading is an amazing efficiency gain, but the human element to negotiation and trading hasn't disappeared."

While the IAB Tech Lab clearly has concerns about the potential for fraud within CTV, locally one industry insider dismisses it as a "storm in a teacup". Another media agency source told Mi3 that it is "not something that is easily done here".

Peter Barry, Regional Director, ANZ & Head of Audience, APAC at PubMatic concurs, adding that while Australian CTV market is dominated by premium broadcasters, fraud rates remain low - and the firm is confident enough in its onboarding processes to offer "fraud-free guarantees" which so far have seen "no clawback for CTV in ANZ".

However, he agrees that as the market develops, buyers need to be sure of who they are working with, as three major fraud schemes uncovered this year – DiCaprio, Icebucket and Monarch - all relied on spoofing (even ComScore, which has dismissed much of the fraud talk as 'scaremongering' accepts spoofing is the biggest challenge for CTV).

"The Monarch scam saw buyers caught out buying direct from low quality Roku apps like Ninja Roku rather than direct from Roku itself," says Barry.

"All of the scams could have been avoided ... with strict vetting processes. As with most things, in CTV if it sounds too good to be true, it probably is," Barry says.

Some of the quotes and figures used in this article are contained within research conducted into connected TV in Australia by the IAB, which it provided to Mi3.