ESOV, Binet & Field and purpose: What CMOs can learn from ScoMo, Albo, and Clive Palmer’s election campaigns – and applications for ‘Hail Mary’ approaches 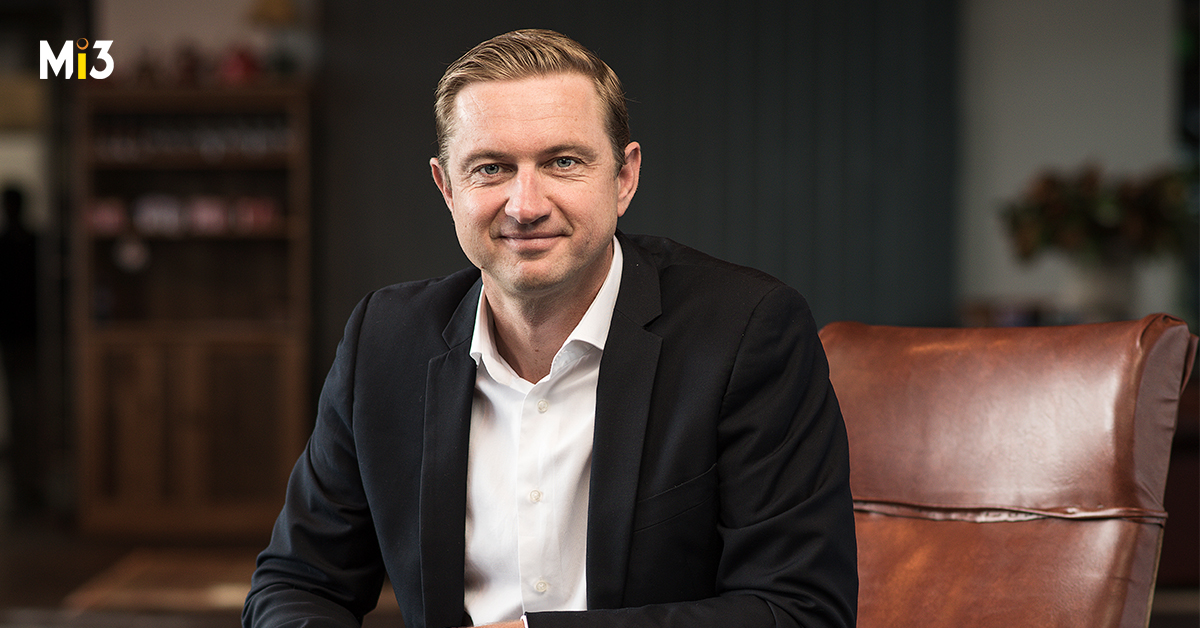 Free-spending brand campaigns utilising mass media can and do move the needle.

The election is Australia’s largest short-term marketing campaign, with more than $120m spent in six weeks to deliver national impact. The 2022 campaign suggests traditional marketing theories are stretched – but largely validated – reckons Atomic 212 Chief Digital Officer James Dixon. Here’s his post-match analysis, and what CMOs can take from the fallout.

The election campaign can be regarded as Australia's largest marketing campaign in terms of paid and earned media. Every three years, all our channels are saturated with party communications for approximately six weeks, with over $120 million spent on media, while over 2 million viewers tune in to see the live results.

This makes it a grand spectator sport for marketers.

This article aims to give a post-match analysis of the marketing learnings against common marketing theory.

The Excess Share of Voice (ESOV) equation suggests that for 10 per cent ESOV, market share grows by 0.5 per cent. This equation also works in the inverse – i.e. spend less than your current share of market and your share of voice will diminish.

An estimated total of $120m was spent in media in the six weeks of the campaign, with the majority ($70m) being funded by Clive Palmer’s United Australia Party (UAP).

Had the formula worked for the Coalition, they would have seen a much more manageable 0.5 per cent loss of votes.

As for UAP, their 50 per cent share should have seen a bump of 5 per cent – a primary vote that would have made them a party to be seriously reckoned with in the 47th Parliament of Australia.

However, as this election shows, ESOV does not exist in a vacuum. You can’t just throw money at a problem to make it go away.

If you’ve got underlying brand issues, it’s going to take more than six weeks to turn things around.

Learning: Brute force spending without favourable brand winds behind you is not going to result in a positive ROI. 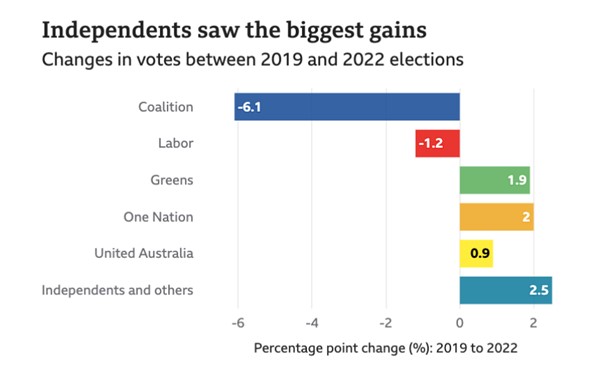 As this election shows, ESOV does not exist in a vacuum. You can’t just throw money at a problem to make it go away.

Analysis #2: The Long and the Short of It

Changing perceptions is a long-term play and the campaign lasted only six weeks.

If we apply the theories uncovered by Les Binet and Peter Field in ‘The Long and the Short of it’, we realise that six weeks is far too short an amount of time to drive a substantial change of perception, even when using large-scale advertising.

Within this timescale, advertising could only achieve a reinforcement of positive memory structures, which appears to have played against the Coalition.

However, when such promises come a mere four days out from the nation going to the polls – and almost four years since first taking office – the public perception of the brand is all but set.

It’s like James Hardie slashing prices on asbestos – it might be a solid short-term performance tactic in most cases, but there’s been far too much long-term brand damage for it to make a difference in this instance.

As a result, these tactics did not wash with the public. In fact, they quite possibly delivered reinforcement of negative memory structures.

It may be an unfair brush to be tarred with when we’re discussing marketing learnings, but the fact of the matter is that perhaps the most prominent brand Scott Morrison had developed during his time in office was that of ‘Scotty from Marketing’, a moniker created by the satirical outlet The Betoota Advocate.

So when a bunch of pretty obvious marketing tactics were wheeled out over the course of an election campaign, while everyone was doing it, no one had the existing memory structure to roll their eyes at the efforts of ‘Albo from Marketing’.

Learning: Brands are built over many years and can’t be engineered or derailed in short order.

Changing perceptions is a long-term play.

While Anthony Albanese will be the Prime Minister of a majority government, he leads a party that has attracted a lower primary vote than the party managed when they lost the 2019 election under Bill Shorten.

The joker in the pack this time around was a significant swing to the Greens and ‘teal’ Independents, who will make up one of the largest crossbenches in Australian political history.

Where previously there may have been an argument that these MPs represented small, inner-city electorates that weren’t indicative of broader national trends, the fact is this crossbench will be the voice of approximately ten per cent of the nation.

Any marketer worth their salt will recognise that number is a portion of the population to which we can assign national value.

As for what their presence in the lower house signifies, broadly it shows a clear national consensus that purpose matters – including the Uluru Statement from the Heart and action on climate change.

The vote swung against the rhetoric of the major parties in favour of a more connected and action-oriented narrative.

The creative messages used by the major parties were markedly negative and oppositional, focusing on how the other party would fail the electorate, as opposed to highlighting how they themselves would be a force for good.

Compare that to the teals and Greens, who focussed on talking up their own ability to make a difference, thus tapping into a growing groundswell of belief that action is not only preferable, it’s actually very achievable!

Free-spending brand campaigns utilising mass media can and do move the needle, if a little less readily than in the past. But six weeks is leaving it a little late. Clarity of positive message, backed by unambiguity of product, broadcast to the audience most likely to be influenced, underpinned by robust proactive but agile reactive strategy is more likely to win hearts, minds and wallets, and maybe next time, ballots.