A Show Called Brandin' - balancing brand and performance, why marketers are fluffing ROI measurement and what not to ask in pitches 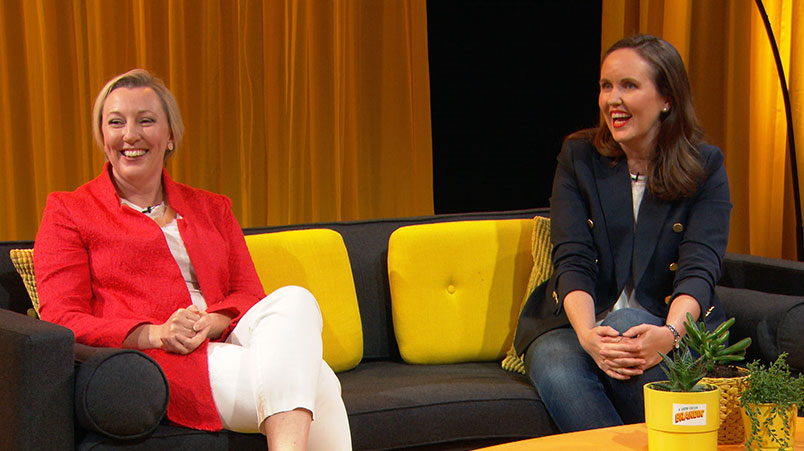 Marketers are obsessed with metrics. Yet nine in ten are flubbing ROI measurement, at least in the B2B world. Meanwhile, balancing brand spend versus performance marketing is getting harder post-Covid, and brands risk becoming blands, according to Net-a-Porter cofounder Megan Quinn and Spark Foundry CEO, Imogen Hewitt. But that doesn't apply to subscription-based toilet paper, the hot product in Deloitte CMO Rochelle Tognetti's life, while Volvo CMO Julie Hutchinson has a moment of revelation. It's all in this week's episode of A Show Called Brandin'...

Brought to you by LinkedIn, The Behaviour Report and Mi3, A Show Called Brandin’ looks at brands in culture, creativity and commerce. Each episode explores one of five principles of growth identified by LinkedIn’s B2B Institute fellows, Les Binet and Peter Field. This one is all about balancing brand and activation.

The heat is on

Every good marketer understands both brand building and activation are required to fill the funnel and company coffers. But getting the mix right isn’t easy. Timing is everything, says The Behaviour Report’s Dan Gregory – and that applies to measuring ROI, which sadly, many are getting horribly wrong.

A Show Called Brandin': Brent Smart, Jodie Sangster and Manu Feildel on brand fame, Aldi's middle aisle and the world's best and worst airlines
A Show Called Brandin': Stop selling to those who are already buying, start growing; and why you might want to hold back that millennial joke
Volvo sales boom, swings to short-term; IBM weans off live events but digital crowded as it says 'marketing changed forever'
Peter Field new report: AUNZ marketers 'showing signs of panic' as recession looms but there is a path to safety

We’re just too impatient. Per LinkedIn’s surveys of B2B marketers, just 4% measure beyond six months. That means they are not properly considering the full sales cycle, which implies they are undervaluing brand and increases the likelihood of medium-term growth issues – which contributes to the diminishing tenure of the CMO.

“To make matters worse, Covid has caused our time horizons to contract and our expectations to inflate. Which really just sets brands up to disappoint,” says Gregory.

“And disappointment has a very simple formula: It’s expectation divided by reality. We all know this intuitively,” he says, wistfully. “The hamburger that you buy never quite looks like the one in the ad.”

Equally, marketing must sometimes focus squarely on making the quick sale – and the approach need not be binary: One cold winter Gregory and business partner Kieran Flanagan ran a TV campaign for Sunbeam electric blankets, placing the ad in the last commercial slot before the end of the evening movie, “just before people went up to a cold, cold, bed,” says Gregory.

“It was a demand-based strategy using brand-building media – and it worked brilliantly,” says Gregory, brandishing a business card.

The right ratios and what not to ask in pitches

All that said, marketers and planners still obsess with brand/activation ratios.  Binet and Field suggest it is broadly 50/50 in B2B and as a rule 60/40 in B2C, with variations by category.

According to Spark Foundry CEO, Imogen Hewitt, it’s the one question guaranteed to come up in pitches. “But basically, it’s not that simple,” she says.

“There are other factors that you need to have in mind before you can get to the perfect mix for a business or brand.” And it’s pretty pointless to even attempt a guess in a pitch situation without access to brand data – so marketers reviewing agency arrangements, cross that one off the list.

Net-a-Porter cofounder, former ad agency creative director and serial entrepreneur, Megan Quinn, says brand was always central in creating the designer fashion site – and had to be, given the brands it needed to attract to the platform before e-commerce was much of a thing.

“It was humbling. When we went to the bigger brands, we had to show that we were worthy of partnering with them. They’d spent an enormous amount of time – decades, sometimes centuries – establishing their brands, so we had to earn their trust,” she says.

“We would go to the extent that if somebody bought a pair of Jimmy Choo shoes, we would put their box inside one of our boxes. So that their brand was never diminished because of the association with us.”

But Net-a-Porter was also bringing something to the party.

“We were sharing information with them, showing them new markets,” says Quinn. “They could only afford to have a finite number of flagship stores around the world - and we were showing them where they had other customers that they would not have even known about.”

The other balancing act: brand personality

Asked what brands should be doing better, Quinn pulls no punches.

“Just so, so much. They are so homogenous, largely … Give us a little bit of passion and a taste of your brand. Make it worth my while and my money. Energise me, excite me, speak to me,” she virtually sobs. “It seems they are all just focusing on bottom line and efficiencies – or copying other entities instead of actually expressing themselves.”

“We can be so worried about appealing to everybody that we can end up appealing to no one – because there is no point of difference, nothing memorable,” says Hewitt.

“So you need to get the balance right with how much risk you are prepared to take in order to have a distinctive personality to get more out of the people that will love that – and not worry so much about the fact that some people won’t.”

The worst of all worlds is to do nothing and treat the brand as a plaque, she says.

Fortunately, the calibre of marketer that engages with Brandin’ would never take that approach. The two that joined Mi3’s Paul McIntyre this week on the CMO Couch offered another enlightening take on the brands that have captured a piece of their minds.

“I love Who Gives A Crap. They are so creative in what they do with toilet paper, the way they communicate to customers,” says Tognetti. “They are fun, playful – they are one of the few emails I will actually read.”

For B2B brands, she rates Adobe and Salesforce: “Dreamforce is an explosion of creativity.”

Harris Farm Markets and cosmetics brand Rationale are Julie Hutchinson’s top picks. But she struggled to land on a standout B2B brand – other than Brandin’ show sponsor LinkedIn, naturally.

Yet just pondering the question brought forth a Damascene conversion for the Volvo CMO: “I realised that in talking to Volvo dealers, giving them confidence levels in what we are doing from a branding perspective, I am actually in B2B," says Hutchinson. “It was a moment of realisation.”

Witness the power of the CMO Couch.

A Show Called Brandin': Brent Smart, Jodie Sangster and Manu Feildel on brand fame, Aldi's middle aisle and the world's best and worst airlines
A Show Called Brandin': Stop selling to those who are already buying, start growing; and why you might want to hold back that millennial joke
Volvo sales boom, swings to short-term; IBM weans off live events but digital crowded as it says 'marketing changed forever'
Peter Field new report: AUNZ marketers 'showing signs of panic' as recession looms but there is a path to safety

IAB, publishers, agencies back Ipsos and panels to crack cross-screen measurement with audio, DOOH, engagement metrics to follow – but warnings numbers may be lower, pleas for patience 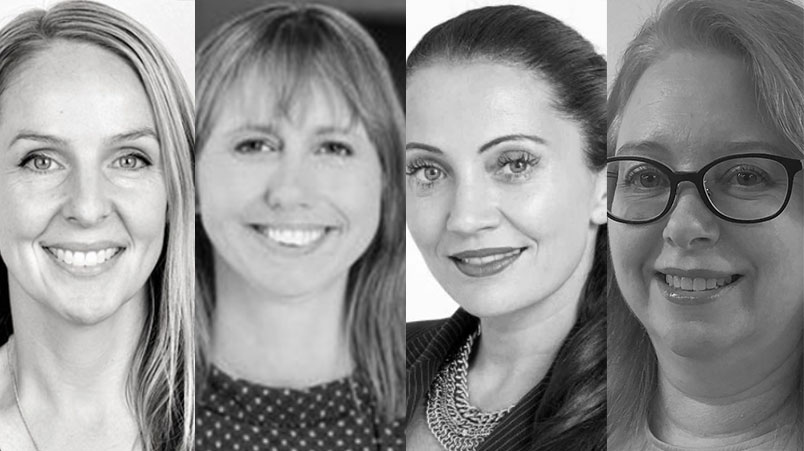 The IAB today officially announced Nielsen was out after more than a decade and Ipsos is in as the digital audience currency provider. The Australian market has sidelined its penchant and associated troubles for trailblazing in global digital audience measurement, hoping instead to avoid hard lessons and borrow early learnings from the UK where the Ipsos-owned "Iris" hyrbid audience panel has been operating since the start of this year. The UK's first tip: publisher audiences are likely to drop in the changeover. The new system also sees the local digital industry take first mover advantage in emerging media measurement, readying for a global push by major advertisers to develop a potentially ground-breaking cross media measurement currency. But it may take some time. 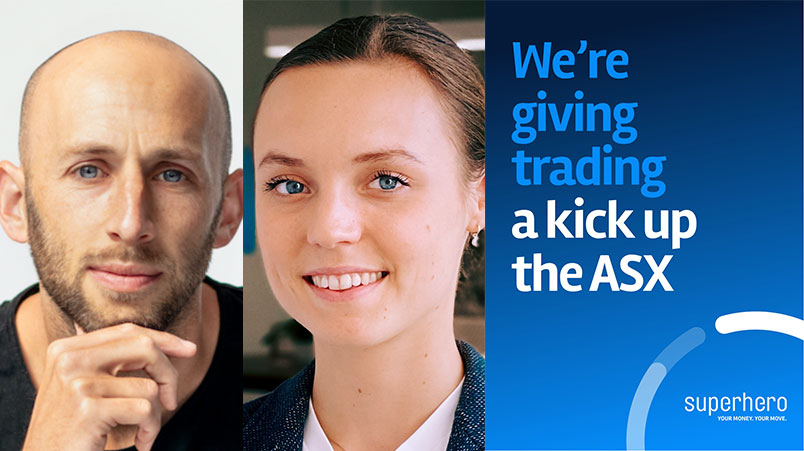 The brainchild of a former stockbroker and Booktopia’s CTO, Australian fintech Superhero has ripped up the start-up playbook and powered to massive millennial and Gen Z growth off the back of out of home and TV - during Covid. When most brands fled the out of home sector last year, Superhero rolled the dice, piled in and launched. It worked. “To create big impact and really reach scale, brand awareness and credibility, fast... digital just is not going to get you there,” says marketing lead Rachel Hopping. With CommSec and the big four banks worried, she and Hardhat’s Dan Monheit talk through the retail investment and superannuation management platform’s next major push. With 12 million-plus Australians to target, the plan is to go large – with an IPO in the offing. 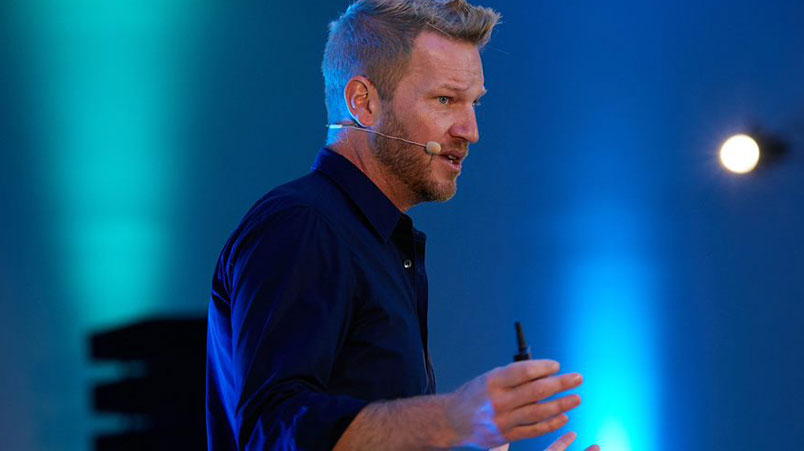 Christian Juhl, Global CEO of the world's biggest ad buying group, says brands want metrics that mean something, and sustainability is top of the agenda. He says quality or 'Q-CPMs' that factor in decarbonisation and sustainability of the media in which ads appear is the next frontier, and will recommend brands do not spend ad budgets with publishers and platforms that fail to align with corporate sustainability goals. Meanwhile, Juhl says transforming GroupM to be "more like a software company" doesn't mean axing staff to match platforms' headcount to revenue ratios, and outlines what incoming ANZ CEO must tackle first in a bid to retake top spot.