By Richard Hunwick - Director of Sales, Television and Radio, Nine 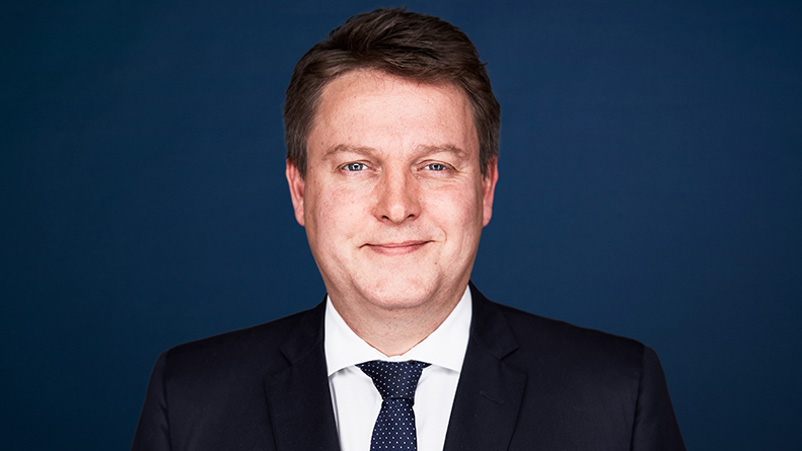 It’s fair to say that in the 12 months since Nine took over what was Macquarie Media (now Nine Radio) we’ve certainly done more than replace the curtains or given the place – which includes iconic talk radio brands such as 2GB, 3AW, 4BC and 6PR – a new lick of paint.

We’ve moved quickly and deliberately to bring these stations’ brands into a new decade and set them up for growth. The changes have seen us refresh the on-air lineups in Sydney and Melbourne while bringing local content to Brisbane, but they have also been much broader than that.

From the outset we knew there is real value in the talk radio audience that the market wasn’t fully seeing, and that marketers and their agencies weren’t realising in their campaigns.

To resolve that, we’ve tackled the basics first: for instance, from November, making it possible for marketers and agencies to buy radio on 9Galaxy and ensure the millions of Australians who listen online are included in Nine’s extensive data lake (enabling targeting across the radio sites in addition to our other properties).

What still surprises me in my conversations with agencies is how one-dimensional the view of the talk radio listener can be. It’s easy to take an outdated AM versus FM view, but in an era of digital radio, where every smartphone is a radio, is that an approach which serves the interests of your brand?

Some might want to claim it’s just the “oldies” who listen to talk radio, but this quite simply ignores the fact that 2GB and 3AW are both the number one-rated stations in their respective cities (based on reach and time spent listening).  It is also important to point out that 2GB pulls a weekly cumulative audience of 696,000 and 3AW has a weekly cumulative audience of 840,000, based on latest survey results.

So it’s about a lot more than just an older audience tuning in. These talk stations live at the beating heart of their respective cities.

We’ve seen this clearly in the midst of the Covid situation this year. In each city, listeners have turned to their talk stations – 2GB, 3AW, 4BC and 6PR – as the places where the conversation happens and they know they can get trusted information and discussion.

“Don’t get me wrong – as Russel Howcroft and Tom Malone noted in a recent Mi3 podcast, it's true talk radio audiences skew over 40. But we don’t see that as a negative, nor do we shy away from it. We deliver more 35-64s than any other network. But to define these listeners purely by their age misses the real point.”

This also isn’t all that surprising when you look at new research from The Lab which examines the profile and attributes of the average talk listener. The research highlights that nearly one-third of new listeners to the talk radio platform attributed it to increasing their sense of happiness. Twice as many talk listeners than music radio listeners say talk provides a sense of feeling connected to others; and 68 per cent of talk radio listeners used it to seek out more knowledge and a better understanding of complex issues.

The research also highlights that talk listeners are more open-minded and digitally savvy than many might presume or expect. It’s worth noting as well that talk listeners are extremely connected to their communities and powerful evangelists for businesses and brands they like, and feel that they contribute to the community. They are true influencers when it comes to brand advocacy.

“In an era when people are living longer, working longer and retiring later, the 40-plus age audience is a new 'super consumer'. They are often at the top of their earning capacity, they have disposable income that the under 40s often don’t have.”

Now don’t get me wrong – as Russel Howcroft and Tom Malone both noted in a recent Mi3 podcast, it is true that the talk radio audience skews over 40.  But it’s important to note that we don’t see that as a negative, nor do we shy away from it.

We deliver more 35-64s than any other network. But to define these listeners purely by their age misses the real point – based on the most recent survey, our talk radio stations have the biggest audience of online shoppers, car buyers, pet owners, grocery shoppers, interstate holiday intenders, online punters and gym members. They are consumers, they are customers, and they have wealth, income and the propensity to spend.

In an era when people are living longer, working longer and retiring later, the 40-plus age audience is a new “super consumer”. They are often at the top of their earning capacity, they have disposable income that the under 40s often don’t have, and as they move into later life they lack the family commitments those of us who are under 50 often have (to those who know me well, don’t laugh, I’m still there just).

To my mind it’s time for marketers and agencies to look at the talk radio audience again. Not through a one-dimensional prism but rather as a highly engaged, community-connected and open-minded audience that they need to be speaking to within their marketing campaigns.

Richard Hunwick is Nine’s Director of Sales – Television and Radio.

This Wednesday (28 October, 11:00-11:45) Nine and The Lab will host a web session called “It’s Time We Talked” detailing new research into the characteristics of the talk audience. Speakers include Ben Fordham, Brooke Corte, Russel Howcroft and many more.

Media consolidation will leave four data powerhouses and a new buying model
Nine shakes up radio beyond Howcroft, Fordham; cuts syndication, overhauls sales structure, adds 9Galaxy self-service platform
Russel Howcroft and Nine Radio boss Tom Malone on why media's the most ruthless of Howcroft's career, advertiser age bias and the inside account of Alan Jones' final curtain
TV upfronts: What did we learn and who looks best set for 2021?