Bringing everyone back together: Publicis chief Michael Rebelo on full service, half full offices and why creative agencies need to know their enemy at next year’s TV upfronts 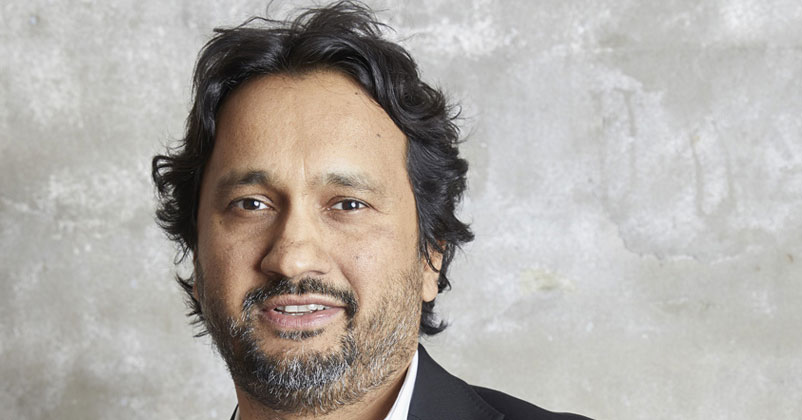 Share Bookmark
Publicis Groupe ANZ CEO Micheal Rebelo admits the group got lucky by rolling out its homeworking strategy just before coronavirus hit. He's also used the time to rejig leadership and reshape the business for the post-Covid era. As clients prepare for a volatile and cost-conscious year ahead, he's backing a full service capability and fully integrated model to bear fruit. It's not just about realigning media and creative, he says, but bringing everything together, including staff, to power out of the pandemic. Meanwhile he's eyeing a new creative competitive set.

Rebelo says he was “confident” in the holding group's shape and model when he took over and was preparing to execute “serious” year two growth plans.

“Then Covid hit and, like every other business, we had to readjust our outlook, our operating costs, our work from home structure and client capabilities.”

Locally, some 30 roles were made redundant in July, as the holding group entered stage four of its pandemic response.

Rebelo says the group managed retrenchment and pay cuts to ensure those in the mid to lower-tier pay brackets were protected.

“During that time, it became apparent that there were deeper economic impacts than we were originally anticipating but it also gave us an opportunity to look more closely at the business as a whole,” he says.

“We made moves to manage and protect staff, which has ultimately led us to getting back on track with some of our original plans for 2020. That is a testament to our executive leadership team.”

Throughout Covid, Publicis has undergone a significant leadership shuffle, beginning with the departure of Publicis Media CEO Toby Barbour in March, who's exit was prior to the pandemic taking full effect.

Likewise, Jason Tonelli now has a dual role as the group's Chief Product Officer, also taking over as the boss of merged entity Performics Mercerbell in September.

“These moves have helped refresh the group as a whole but also addressed the rapid changes that have impacted internal operations, client demands and the changing consumer behaviours,” Rebelo says.

“I think we have created one of the most progressive and in-demand agency models by bringing together Performics and Mercerbell, combining the power of intent-based performance marketing with creativity and customer experience strategy and design.

“Jason Tonelli and his [product] team are also working on advanced commerce products and solutions which we know are going to be extremely timely given the current economic climate.”

There has also been an increase in the number of clients that are now working with two or more group agencies, which Rebelo says now stands at 50% of its client base, and higher at the top end.

“Our top 10 clients in Australia work with an average of four agencies from across our group, so our connected platform and Power of One model is certainly gaining traction and creating value from our clients’ point of view,” Rebelo suggests.

“That’s something we expect to see a lot more of as brands and marketers look for efficiencies in their agency relationships, as well as closer ties between not just creative and media but data and technology solutions.”

Rebelo says since the departure of Barbour, who oversaw the core media offering across Zenith, Starcom and Spark Foundry, he has been far more “hands on” with media.

However, he says the media learning curve hasn’t been as steep as some might assume for a man who spent almost 20 years at Saatchi and Saatchi.

“It’s not my first time working across media. When I started in this industry and for many years after, creative and media were housed in the same agency,” Rebelo says.

“Since then I’ve seen it decoupled and I think that’s given me a lot of insight into what we are seeing today with our integrated offering and Power of One model.”

However, Rebelo admits that he has “been on a journey” in relearning the technical aspects of media and credits the strength of capability within the media teams and their leadership in helping to bring him up to speed.

“My job is not to tell them how to do their job,” he says. “I've got an outstanding media leadership team. I have learnt a lot from them.”

Rebelo joined the board of the Media Federation of Australia in April this year to “accelerate” his understanding of that technical aspect, but also to  be “a part of the media industry, not just an onlooker”.

“TV is a good example of why this is necessary. Many of the networks now offer their own creative services and our agencies need to recognise they aren’t just competing with rival groups anymore,” Rebelo says.

“That’s why we need to get more of our teams involved with events such as the annual TV Upfronts, especially as media campaigns evolve and become more lucrative in areas such as integration and sponsorship.”

While the group made a “fortuitous decision” to develop a flexible working programme pre-pandemic, Rebelo now thinks some staff, particularly more creative functions, are starting to want to work more from the office than at home.

In February, Publicis introduced flexitime manifesto Liberté in a bid to address some of the fundamental problems in the media and marketing sector, including burnout, a lack of work-life balance and mental health issues.

One element of the program involves allowing staff to select hours, in or out of the office, that best suite their working schedule.

Rebelo says having Liberté set up, even if only a few weeks before the pandemic hit, afforded the executive leadership team, managers and staff a better understanding of the homeworking upsides and downsides. Publicis had also set up much of the remote working technology it would come to rely on so heavily and spent “six to nine months prior to going public” training managers to enable home working.

“Because of the practices we had in place and the staff already taking advantage of the program, we were well equipped to handle the situation,” Rebelo says.

“It was not without its teething issues, but we effectively became fully remote within the first 24 hours of deciding staff would work from home on March 18.”

Publicis is beginning to see people returning to the office, however, the group remains strict when it comes to the rules regarding social distancing and office capacity.

Rebelo says 15-20% of staff are currently in the Sydney office on a casual basis, with Brisbane averaging 50% on any given day.

Frequent town halls are ongoing, according to Rebelo, with close to 40% of staff across the group who remain uncomfortable returning to the office. But that proportion is declining.

“Welfare is a priority of course, but we are starting to see the number of people wanting to return increase, particularly across our creative departments,” Rebelo says.

While he says certain functions such as finance are less impacted by solo working, Rebelo thinks creative agencies by their nature thrive collectively and collaboratively.

There is also a growing need to develop staff who often learn most “via osmosis”.

“A lot of teams are looking to get back together and learn from one another. It’s much easier to sift through ideas when it’s not just you for the majority of the day,” Rebelo says.

“It can be very simple things, such as learning from the person next to you. How often have you had challenge or problem to solve at work and a manager or colleague has demonstrated it for you?

“Of course, we also need to consider educating new staff, establishing reporting lines and making sure they still feel comfortable asking questions. That’s where returning to the office is invaluable.”

“We have said to everyone work from home for the rest of the year. But we are opening up the offices, where we can, for people who do want to return.

“We want people to come back when it is safe to do so and they are comfortable doing so,” he repeats. “Because there is definitely something to be said for the random magic that happens in the hallways.”