Get your brand closer to the moments that matter: 2021 is the year audience intelligence will supercharge contextual marketing 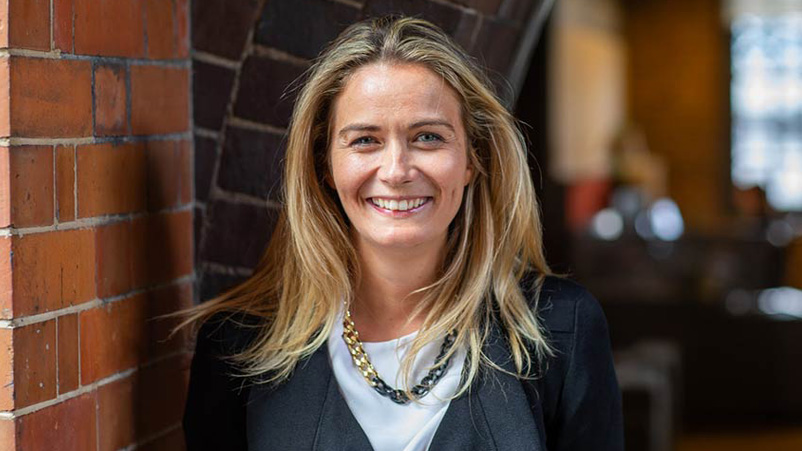 With the explosion of viewing on connected TV, brands can deepen the conversation by using first, second and third party data.

As data available to advertisers shifts away from third party data and cookies, the need for brands to connect with audiences in a meaningful way at scale will be accelerated. Which is where TV, in all its forms, delivers.

With 17.79 million Australians tuning in every week, TV continues to be the most effective channel to reach and engage audiences. And TV is the natural home of contextual marketing for brands seeking integration in an authentic and effective way.

Now, with the explosion of viewing on connected TV, brands can deepen the conversation by using first, second and third party data, which the smarter networks can use to provide sharper insights and deliver both precision targeting and scale.

At Seven West Media, by harnessing our 7REDiQ customer data platform (CDP), we are seeing that a more meaningful and customised connection delivers stronger business results for clients.

Cross-screen partnerships come in all forms. But we find those that deliver the strongest results always have two common factors:

We think two recent campaigns, from very different categories, underline the power of contextual marketing done properly – but we’ll let the results do the talking.

Land Rover had to relaunch the new Defender fully four years after the iconic off-road car was discontinued in 2016. Not easy in the middle of a certain pandemic.

Needing to reach mass Australian audiences to rebuild the brand, while juggling government advertising restrictions and an inability to shoot bespoke creative in time, Land Rover’s partnership with SAS Australia proved pivotal in winning the battle for hearts and mind – while yielding hard leads.

“To cut through in a cluttered category, we knew we needed to go beyond media exposure and for audiences to experience the off-road rugged capability from the comfort of their homes,” says Tim Krieger, General Manager, Communications and Marketing, Jaguar Land Rover.

“SAS Australia had a clear link to Land Rover through the military use of Defenders in the past, and by giving the DS [Directing Staff] the opportunity to put the Defender through its paces off-road, the natural alignment delivered a truly integrated partnership that not only boosted brand and product consideration, and overall awareness – but also saw enquiries peak too.”

The carmaker worked with Dentsu X on the integration.

“SAS Australia delivered on this, and in a big way, giving Land Rover national fame and awareness, while contextually bringing the off-road experience to life seamlessly throughout the 12 episodes,” says Dentsu X Client Partner, Sam Down. “The results speak for themselves.”

After a highly successful sponsorship in 2020, KFC returned to partner Big Brother in 2021 – and to date, the sponsorship is delivering on all metrics, according to some smart analysis by Adgile Media.

The TV analytics firm is partnering with Seven and KFC to better understand the performance and effectiveness of the Big Brother sponsorship – and is tracking the priming effect of integration and how that delivers impact and response rates to KFC.

According to early results, in-program integration is by far the most powerful asset. The first major integration in week two, where KFC is promoted as the ‘ultimate food reward’ drove, significant action: five times higher response volumes for KFC than average across a 10-day period, according to Adgile.

“It’s great to see the housemates celebrate the arrival of our fresh, delicious Kentucky Fried Chicken as it’s the perfect treat to get them through the week,” she says. “We’re thrilled to see how KFC is being integrated into the show and the joy it brings both housemates and fans watching at home.”

Maddy Cunich, Head of Content and Partnerships at MediaCom Creative Systems, thinks the sponsorship is creating its own recipe for success.

“It’s a great example of the growth brands can receive from integrating into culturally relevant properties,” says Cunich. “There is sometimes a role for more generic product placement, but the hilarious reactions from the housemates receiving KFC is a great example of branded entertainment that not only fits authentically into the show’s storyline, but also adds value to Big Brother fans at home.”

Marketers seeking a smarter approach to contextual advertising that delivers demonstrable brand building and performance in one should reach for the RED button. Because in a rapidly changing world, it’s crucial to do what is proven to work – only better.

Catch-up TV: Seven targets 11m user IDs by 2022, woos second party data partners, ‘pauses’ MKR and keeps lid on next cooking show at Upfronts
IPG Mediabrands' Leigh Terry and Mark Coad on why they're moving beyond media to data and an adtech-martech mashup
In DOOH you need to be a dolphin – fast and smart
Google's 2022 cookie apocalypse: Why it will hit first party data, hyper-targeting and a solution from Westpac's former digital media and tech boss