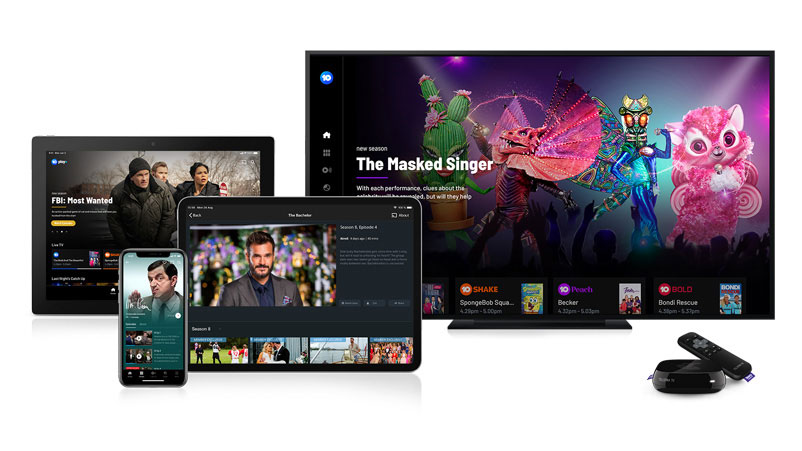 Australians do like their television: according to a ViacomCBS study, 88% find comfort in TV, compared to a global average of 66%. We’re also more excited by the options we have on TV now, well, 83% of us are, which is six points higher than the global average.

During the COVID-19 lockdown, when we needed comfort (and had lots of time to watch all those TV options) we gravitated to the biggest screen in the house.

BVOD viewing lifted 48% during lockdown and broadcast TV viewing by 9% year-on-year. Network 10’s under 50s broadcast TV audience lifted 18% during the lockdown months. Dinners with friends were replaced by dinners with Friends.

Previously the domain of the web and mobile experience only, 10 Play’s recently updated connected TV apps bring live streaming to the big screen and have contributed to a trebling of live minutes viewed in 2020. As live streaming grows, it has moved to the biggest screen in the house - 61% of 10 Play’s live stream viewing now occurs on a connected TV, up from 31% in 2019.

Catch-up content might bring people to BVOD with urgency (or else they miss out on an unmasking on Masked Singer), but exclusives and library content are providing BVOD platforms with a more consistent audience base.

BVOD viewing used to swing more wildly depending on the casting of The Bachelor Australia that season, but BVOD sites are becoming entertainment platforms in their own right, with thousands of titles and just as much content as SVOD providers. Some of the biggest programs on BVOD this year are library titles like One Tree Hill, Grey’s Anatomy, Survivor US, The Office and Desperate Housewives finding fresh, younger audiences on demand.

Big, buzzy, younger-skewing reality programs have always been the key driver of BVOD viewing. 2020 is no exception, with reality franchises like Bachelor In Paradise, Married At First Sight and Big Brother comprising 11 of the top 15 most-watched BVOD series.

But as viewers are watching live more than ever before, we’re using BVOD for information, not just entertainment. Live stream viewing for news bulletins on 10 Play, 9Now and 7Plus grew 181% during the national lockdown. The Project’s live stream viewing is up 259% as viewers increasingly seek trusted sources to explain the world around them. Live streaming of ABC News set records this year. And unlike broadcast TV bulletins, BVOD news and current affairs skews young – around 77% of The Project’s BVOD audience are under 55.

Compared to SVOD, BVOD has a unique strength in live news and timely current affairs content. One of the few guarantees of the next year is more big news events, so this should continue to grow above overall viewing.

More than ever, BVOD is extending reach in younger demographics

BVOD viewing had been growing in key demographics like 25 to 54s (up 31% year-on-year before the pandemic) but the national lockdown accelerated the increase, with year-on-year viewing growth of 45% during the peak in April.

We know from the early Virtual Australia data that around 7% of 16 to 39s are only reached by BVOD (no TV!) in a typical week. With BVOD viewing accelerating during COVID, so is the potential to build significant unique reach in addition to broadcast.

BVOD is the innovation engine for new ad formats

Digital advertising on a small phone or laptop screen can only change so much. 10 Play’s premium pause ads are just one example of how BVOD can provide the playground for brands to advertise in high-impact, high-engagement, big-screen premium content to younger audiences.

Advances in independent measurement, such as the OzTAM Video Player Measurement within Virtual Australia will also make BVOD the most comprehensively measured and accountable digital medium.

In Australian media, we have been marching towards inevitability for years. Viewers want to watch content on their own time. While it took some years for technology and content rights to catch-up, the more-than-quadrupling of BVOD audiences in the last three years has shown viewers intense appetite for more content and more convenience.

Media owners are rushing to meet the demand. NBCUniversal have launched Peacock with a combined AVOD/SVOD business model. Disney have upgraded their 5-year international subscriber forecasts for Disney+ by 25 million, and their new SVOD service Star. ViacomCBS’ announced a new SVOD super service, and its Pluto TV free streaming app is expanding to multiple territories.

The new COVID-19 world puts the demand in broadcast video-on-demand. In a post-COVID-19 world, with less commuting, less public gatherings and more time at home (often mere metres away from the comforting embrace of TV content), we will see a continued acceleration in BVOD viewing.